I don’t reread books anymore. I’ll reread  favorite passages at night before bed when I’m too tired to read something new, but rarely do I reread a book cover-to-cover. In middle school I was a huge re-reader, which I think is pretty typical of the age group. Life (friends, school, hormones) is crazy in middle school; you eagerly grasp onto anything familiar and comfortable.

When a child checks out the same book again and again, I’ll ask why. Sometimes the answer is that they really love the book. I’ll gently encourage them to try something new, even if it’s within the same genre or has a similar plot. Other times the child will shrug and shuffle their feet, and I know they’re checking out the same book because they need to check out a book, so it might as well be that book. I’ll stop what I’m doing and work with them one-on-one to find something they might actually attempt reading.

The other day a student arrived late to class, and I could tell immediately their day wasn’t going well. Two weeks prior, I gently encouraged the same to student to try something new. But the other day, the only thing I said when they approached the counter with the same tattered book was, “Would you like to sit on the floor next to me and read your book?” (The answer was yes.) 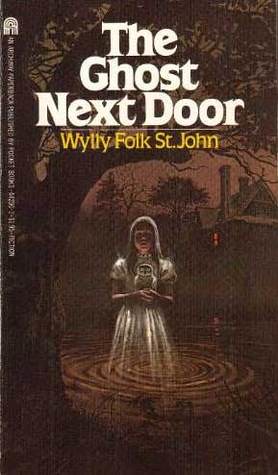 Sherry Alston had never been told about her dead half-sister Miranda. So when Sherry came to visit her Aunt Judith, no one could explain the odd things that started to happen. Who was the elusive friend Sherry said she saw in the garden? Was she an imaginary playmate – or could she be the ghost of Miranda who had drowned in the pond years ago? Uncanny reminders of Miranda began to turn up – a blue rose, a lost riding whip…

Lindsey and Tammy, who lived next door, decided to delve into the meaning of the apparent psychic phenomena. They soon found themselves drawn deeper and deeper into an intriguing mystery.

I’ve written about this book before, and on that post the great niece of Wylly Folk St. John left a comment. My “frenemy” in middle school was a huge horror fan, and I wasn’t. This book, which she considered lame, was my attempt at reading something cool and scary. I will never forget about the owl with the love in its eyes. 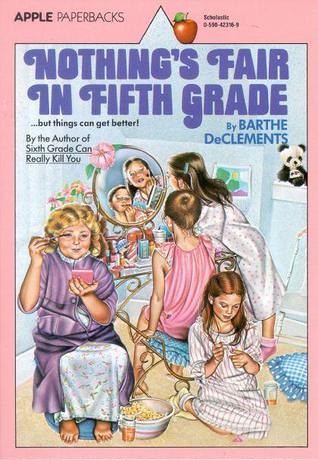 A fifth grade class, repelled by the overweight new student who has serious home problems, finally learns to accept her.

As a middle school kid, I was pretty convinced my parents were clueless to everything I worried about. But, looking back, my mom sure did buy me a lot of books featuring chubby girls sitting on the outer limits of social circles. I remember Elsie at one point lost so much weight that she repeatedly stared down at her feet because, for the first time in her life, she could see them. I might read this as an adult. One thing I hate about chubby-girl books from the past is that their lives are only better once they lose the weight. They get the guy, the friends, the super cute outfits. That probably wasn’t the message I needed to read at the time–or now, actually. 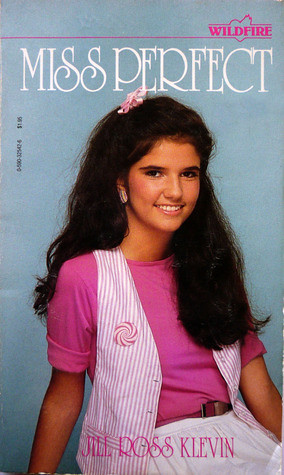 KIMBERLY WAS THE GIRL WHO HAD IT ALL…

Super athlete, straight-A student, president of her class, editor of the school newspaper — Kim excelled at everything. That’s what her father expected of her. But her friends notice that Kim doesn’t smile much anymore, and her boyfriend Brad is afraid that Kim doesn’t have time even for him.

Kim is so busy, Kim is perfect. But her achievements are beginning to demand a very high price…

A few years ago, I had a student who struggled with anxiety and perfectionism. She reminded me of myself at that age, and I spent many nights worrying about her. Thinking of her reminded me of this book, which my (again oh-so-clueless) mother bought for me. Sadly, I remember wanting to be Kim and thinking that if she had just been a little bit tougher, she could have handled all her commitments. Oh, Teenage-Jules. 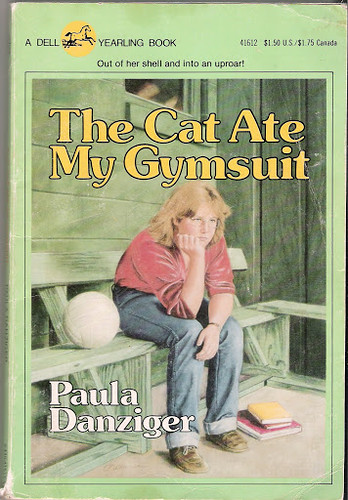 Marcy’s life is a mess. Her parents don’t understand her, she feels like a fat blimp with no friends, and her favorite teacher just got fired. Ms. Finney wasn’t like the other teachers, and she was helping Marcy feel good about being herself.

Now that she’s gone, Marcy doesn’t know what to do. She’s always thought things would be better if she could just lose weight, but the loss of Ms. Finney sparks something inside her. She decides to join the fight to bring back her teacher, and in doing so, she discovers that her voice might matter more than she ever realized.

Once again, my “clueless” mom gave me a book about a chubby girl trying to fit in. You guys, maybe my mom knew more than 12-year-old me suspected! In 2006 the publishers released a 30th anniversary edition of the book. I’m going to reread it (!!) and see if it’s a good fit for the library. If it hasn’t been updated, I can always shelve it under (gulp) historical fiction.

You Shouldn’t Have to Say Good-Bye || Patricia Hermes 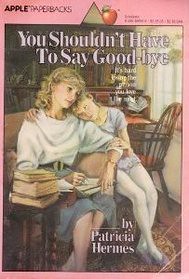 Thirteen-year-old Sarah Morrow doesn’t think much of the fact that her mother winced a little when she hugged her. In fact, that first small indication of something wrong escapes the whole family. Three weeks later though there can be no escape. Sarah’s mother has been diagnosed with incurable cancer and the love this family shares becomes a desperate clinging.

But Sarah’s mother has a gift. A gift for reaffirming life. And even as she leaves that gift, another one, a letter, will help bring Sarah through the most painful and trying time she has ever had.

I adored everything about this book. I wanted to live in that house and I wanted my mom to wear that outfit. This is the first book to make me sob–maybe the only book to make me sob. It was reissued in 2008, and it’s free right now on Kindle Unlimited. I’m going to reread it (!!) and see if it’s as wonderful as I remember. I’m buying a copy for the library.

There is one other book I reread, but I think it was in high school–freshman year. I can’t remember the title! I can’t remember much of it, actually. A sister had a huge crush on her older brother’s friend, who paid very little attention to her (naturally). One Christmas he gave her a perfunctory kiss under the mistletoe. Then, plot happens. Maybe a mystery? Maybe the brother and friend go off to college? Time happened, that much I can tell you, and I think she grows up and he realizes she’s grown up. At the end of the book, it’s Christmas years later and she’s walking down the hallway in her home when she bumps into him. He kisses her and says, “I don’t think we need the mistletoe anymore.” Or something like that. Total cheese, but 13 year-old-me read that line and had to fan herself and guzzle a liter of Diet Rite.