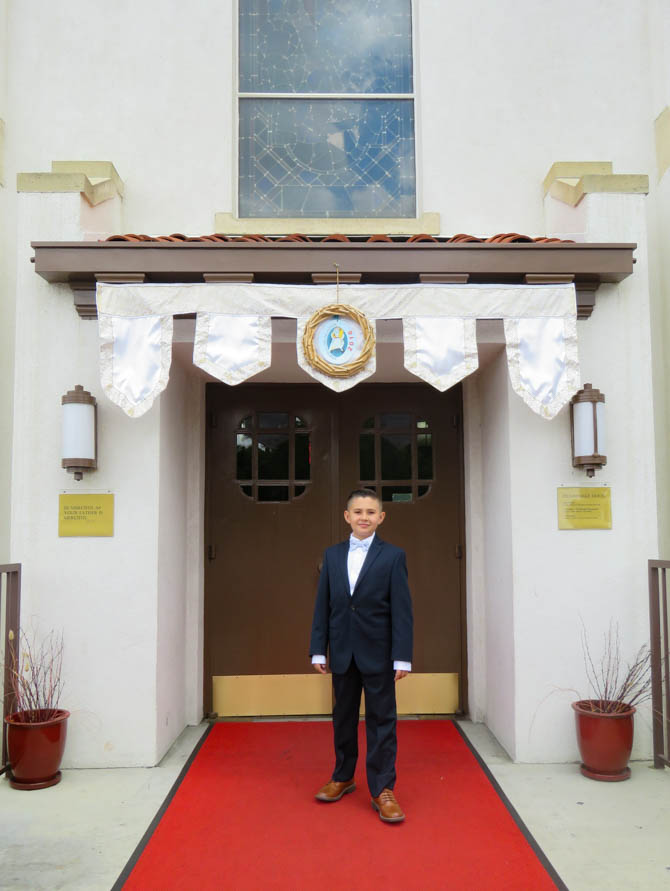 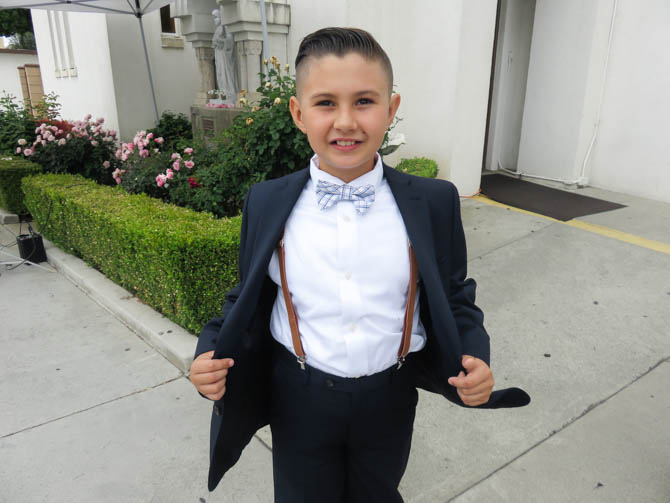 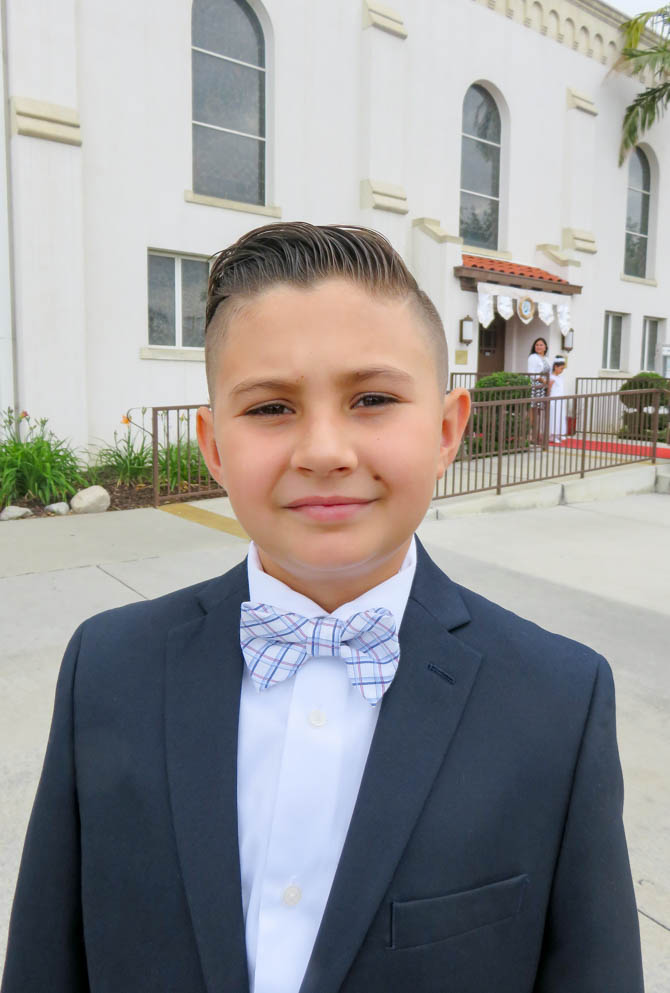 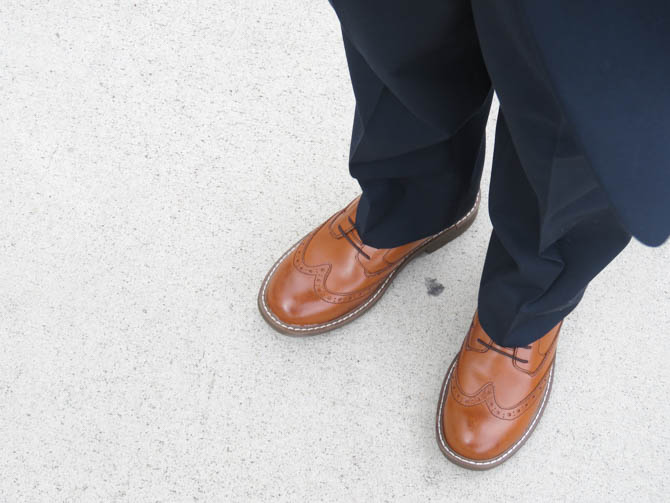 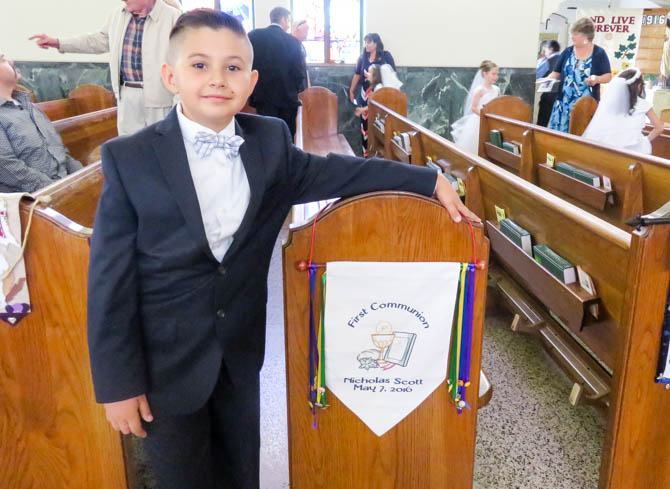 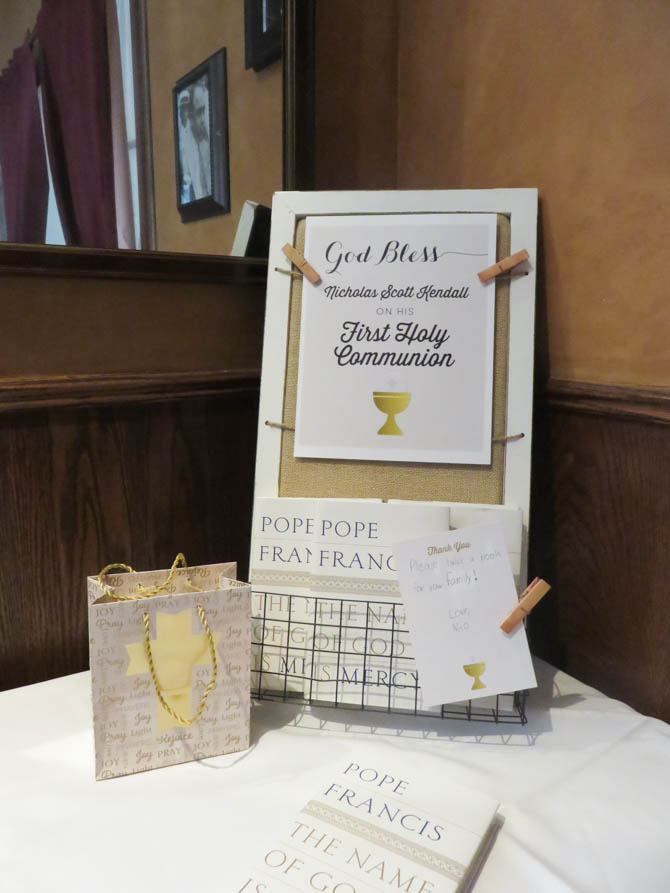 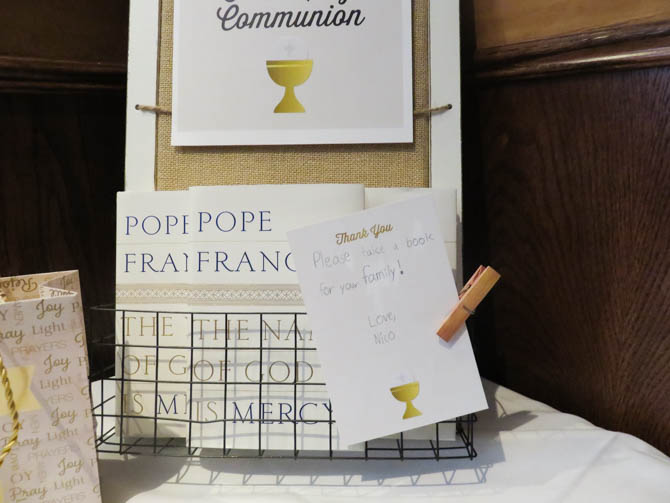 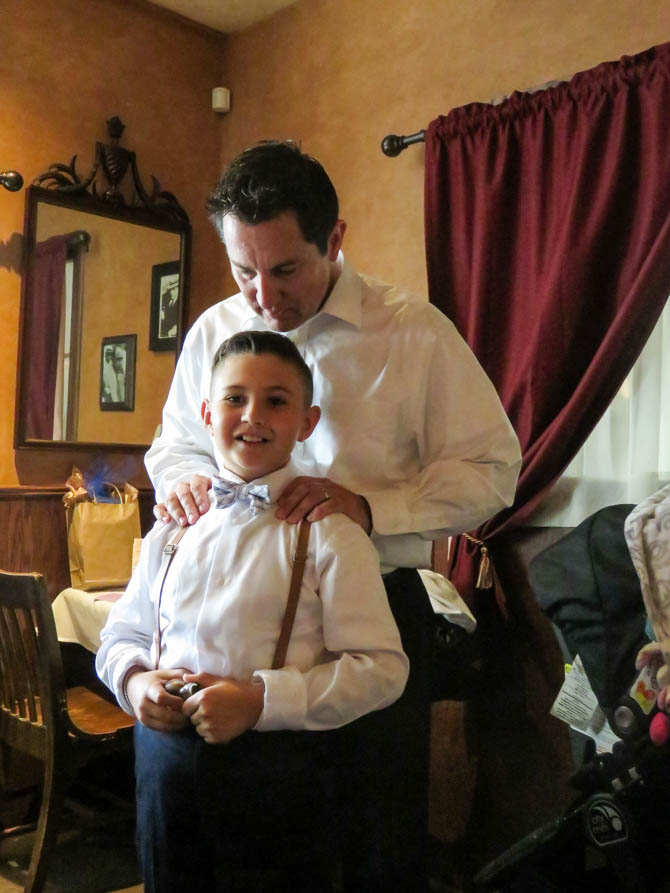 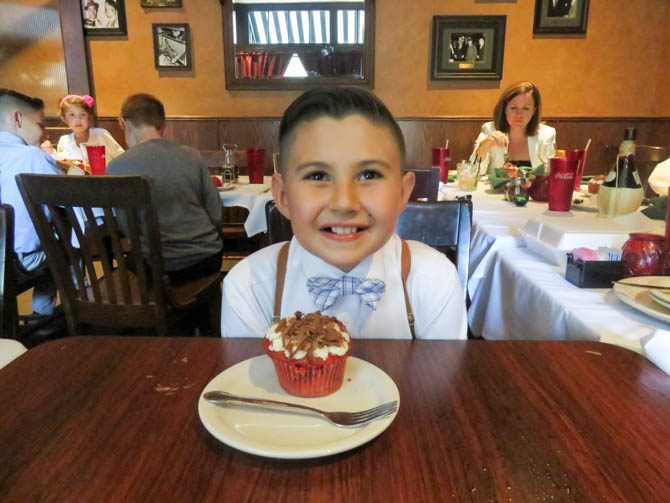 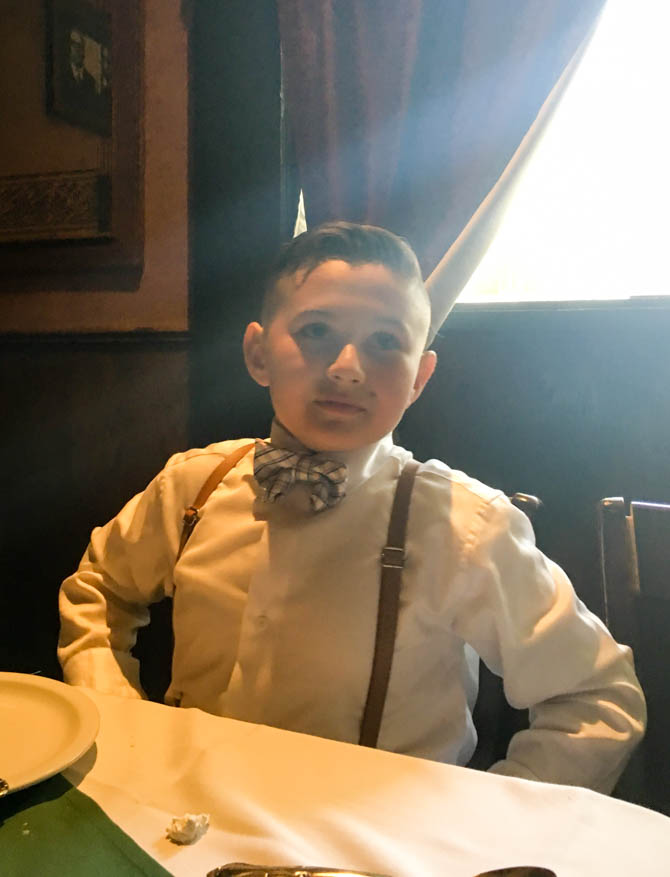 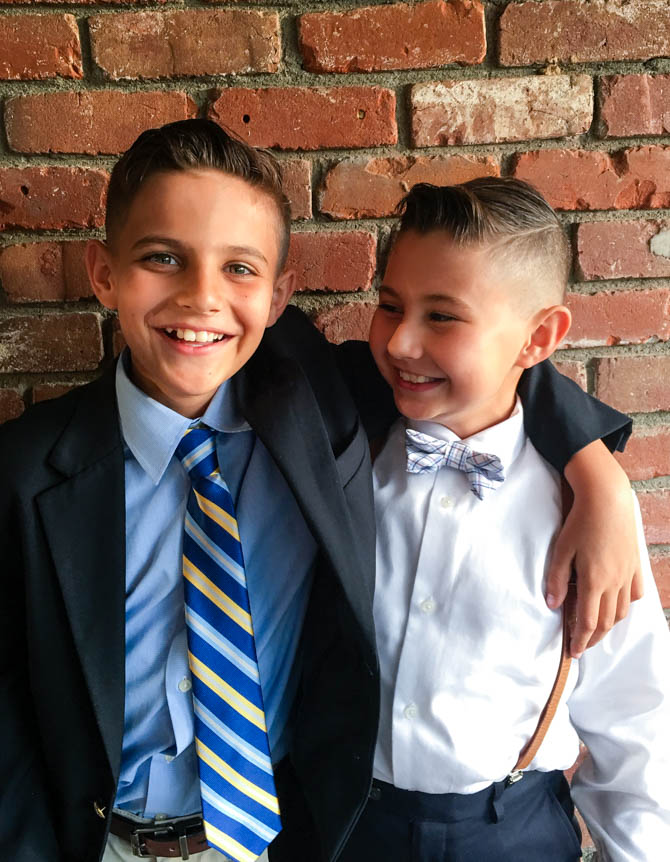 Guess who received the sacrament of First Holy Communion this weekend? Nico!! Yay!! We were all very excited for him, but no one was more excited than Nico. Being the little brother to someone as competitive and active as Mikey means you do a lot of following around and supporting. Swim, karate, academic decathlon, science fair, band performances: all activities where Mikey has been front and center, or at least an equal participant with Nico. May 7, 2016, however, was all Nico. He felt like a rockstar and loved every minute of it.

He thought about his outfit for months. He picked out a suit (a lovely blue) and wanted to wear it with a rainbow tie with red converse sneakers. I almost went through with it, but in the end I went traditional and bought a bow tie that came with leather suspenders on Etsy. I figured he’d het a kick out of them, and he did. They were his favorite part of the outfit. He said he felt very “old fashioned business.”

I thought he looked a bit like Tommy Shelby in Peaky Blinders, especially at the restaurant we went to for dinner.

I used Meyer Market Designs for the invites and poster. Basically, Nico’s First Holy Communion was brought to us by Etsy.  The only thing I didn’t use Etsy for was the favors. We gave each family a copy of The Name of God is Mercy, by Pope Francis because we’re agenda pushers. 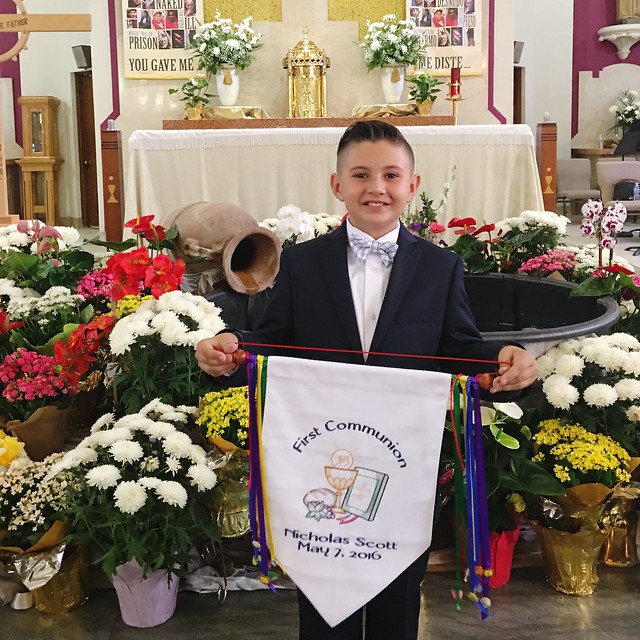 Let’s talk about that banner, which I love to pieces. Mikey’s banner was a traditional kit banner (I just read that post. I’m a dork, and Mikey’s chalice was the definition of elegance compared to Nico’s Liberace inspired work of art.). We still have it hanging in his room, but much of the felt has come off over the years. This time around, I wanted something I could keep forever. I pictured something I could hang on the wall alongside the First Holy Communion picture from the photographer at the school. I searched Etsy and found SewMeem. I can’t recommend the company enough. I’m even debating buying another banner for Mikey since his felt one is a tattered mess. The banner does not come with the rod, finials, or cording. We added that ourselves. 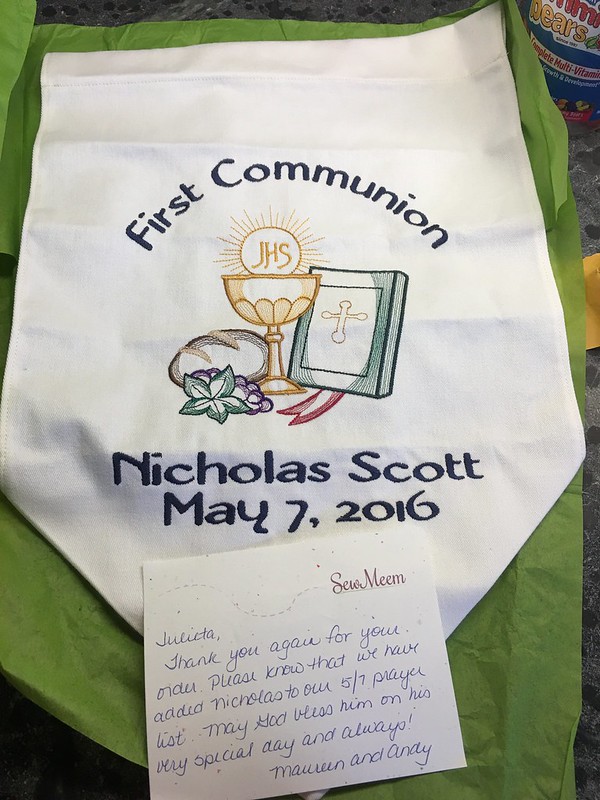 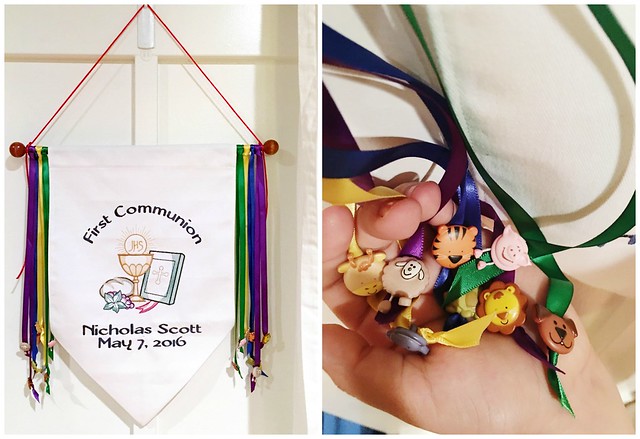 When I told Nico a rainbow outfit wasn’t going to work for his First Holy Communion, I promised him that I would incorporate them in another way. Nico loves rainbows because when God saved the animals after the flood, he sent a rainbow as a symbol of his covenant with Noah. Saving animals is important to Nico.

I will establish my covenant with you, that never again shall all creatures be destroyed by the waters of a flood; there shall not be another flood to devastate the earth. God said: This is the sign of the covenant that I am making between me and you and every living creature with you for all ages to come: I set my bow in the clouds to serve as a sign of the covenant between me and the earth. Genesis 9: 11-13

So I gave his First Holy Communion banner rainbow streamers and attached $30 in animal buttons. Nico was over the moon. He picked the placement and ribbons for each animal. It was very important to him that the “Lamb of God” and The Lion were together on the purple ribbons (because it’s the liturgical color of Advent and Lent, mom).

He loved it so much that I have very few pictures of him with the banner where it is in focus. He liked to swing it back and forth. In church. Buttons flying. Like my temper!

All in all, it was a great day. Congratulations, little man.

« Censorship
The Five Books I Re-read in Middle School »