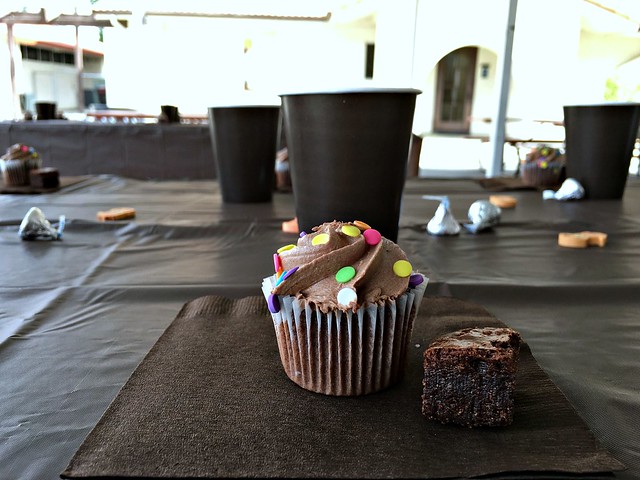 The end of the school term is fast approaching, which means it’s time for me to party with the first graders. Last year we had a Mercy Watson party after we finished reading the entire Mercy Watson series. This year we had a Chocolate Fever party inspired by the book by Robert Kimmel Smith.

Chocolate Fever is about a little boy named Henry Green who loves chocolate. He eats it morning, noon, and night with his parents’ permission because he’s healthy and…they’re negligent? Anyway, Henry’s life is going to plan until one day in class he discovers a bump on his arm. The bump starts spreading, and soon he is covered in chocolate-scented bumps. At the hospital it’s discovered that his bumps are made of pure chocolate, making Henry the first known case of Chocolate Fever! Henry runs away from the hospital, catches a ride with a trucker named Mac, and gets hijacked by a couple of incompetent wise-guys. He’s saved when all the dogs in the county catch his chocolate scent and break into the cabin where he’s being held hostage. Then, before going home, the trucker makes his delivery to a candy store and there they discover the antidote to Chocolate Fever: vanilla.

The book encourages the kids to show moderation in life and has other lessons on courage, caring, and prejudice. The books if from the 70s, so a few parts will shock or confuse the kids.

Shock: hitching a ride with a stranger. The kids almost fell out of their chairs in horror. “DANGER STRANGER, MRS. KENDALL! DANGER STRANGER!” My favorite: “The chocolate made Henry crazy, Mrs. Kendall!”

Confuse: the hijackers steal Mac’s truck because they think it’s full of furs (it’s actually full of candy). The kids did not get why anyone would want a truck full of furs.

“Furs, like animals? So it’s a truck going to a pet shop?”

“No, a fur is a type of coat made from animal fur. It’s just the fur of the animals. People used to wear them in the winter and they were very expensive.”

“People wore dead animals?! Cats? Did people wear cats? Why would you want to wear a cat?”

“Nobody wore cats but, yes, people have stopped wearing furs because it’s pretty sad. We can fill the truck with something else…”

“Can we fill the truck with iPads? I would steal a truck full of iPads.”

Other things they didn’t get: pay phones, walking to school, judging someone by the color of their skin, and eating chocolate ice cream for breakfast. 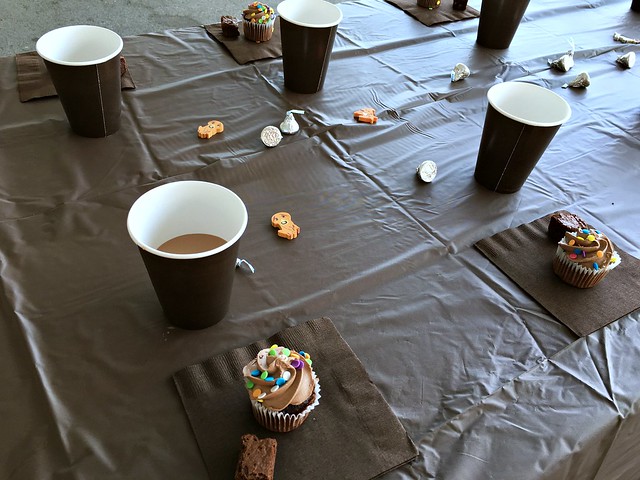 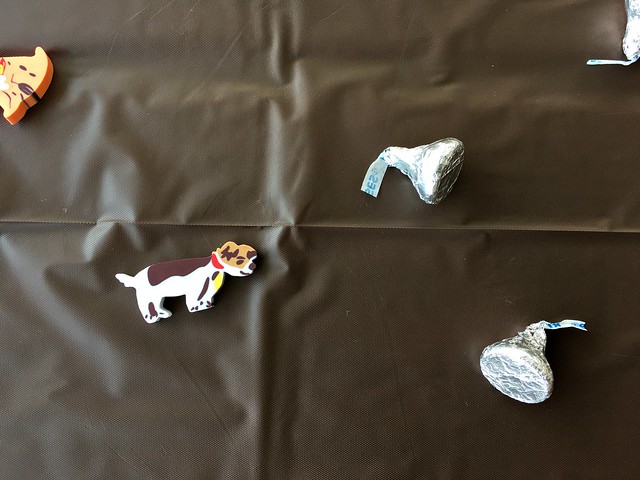 If you are going to have a Chocolate Fever party, do it because you know most kids love chocolate and the treats are tasty and easy to source. Don’t do it because the decorations will be cute. If you stick to the book, your party will look like Brown Town with a handful of (brown) dog erasers. One 8th grader passed by as I was setting up and said, “Mrs. Kendall, why is everything so brown? It’s just so…oooh, yum! Is that chocolate?”

So, yeah. Something to think about. A good librarian may not plan her read alouds based on how the party will look at the end, but technically I’m not a librarian, so I’m good. I already have next year’s book picked out (it’s another series) and the party is going to be awesome.

« A Slave, a Caliph, a Vampire, a Swimmer, and One Very Twisted 7th Grade Class
The Pits »