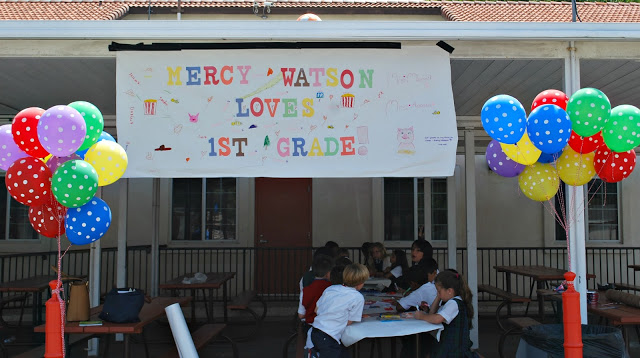 We did it! The first grade and I read the entire Mercy Watson series. I’m so pleased with how the read-aloud went! What started off as a random book choice turned out to be my favorite memory of this school year. I was able to read an entire book in 30 minutes, so each week we read something new but familiar. When I would get to the part in the book where the narrator says where Mercy lives, the entire class would yell “54 DECKAWOO DRIVE!”

Or when I read about Mercy being hungry, the class would yell, “BUTTERED TOAST!”

They knew character names, favorite foods, and predicted plot lines. Even my voices became familiar. Eugenia Lincoln had an angry, trembly old voice. Baby Lincoln sounded a bit like Rose from The Golden Girls, and Mr. Watson sounded like Mr. Howell from Gilligan’s Island. Listening to me read was probably a lot like staying home sick and watching TVLand all day.

In honor of our achievement, I put together a Mercy Watson party. I had a ton of help, thank goodness! Even down to the sign, thanks to some industrious 4th grade girls who used their recess time to craft and color. They grabbed their yearbooks and wrote out the name of every 1st grade student and also drew pictures representing the plots of each of the 6 books.

Here’s how the party went. Keep your expectations in check, please. We had an hour–at most!–and I had a limited personal budget. 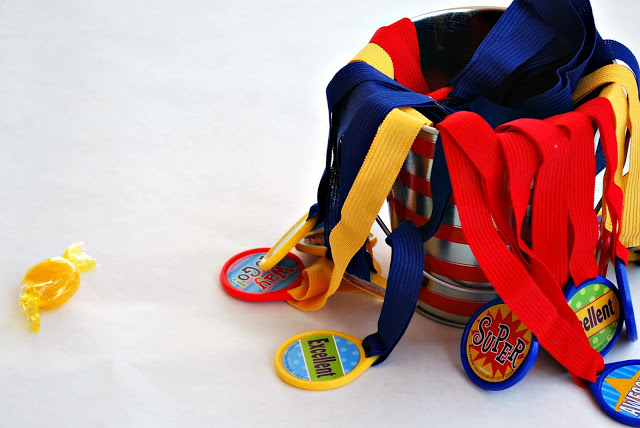 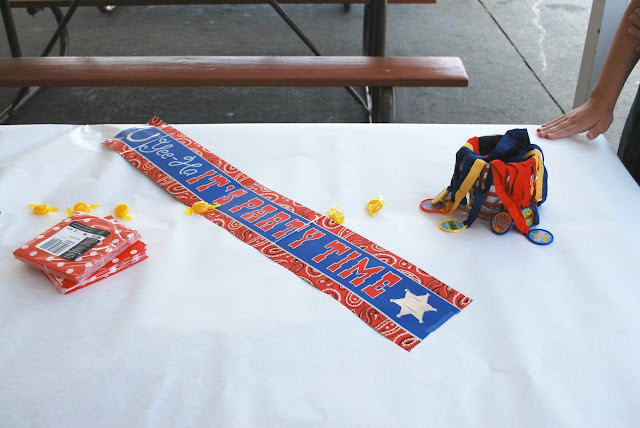 Reading an entire series is a big deal! I wanted to show the kids how proud of them I was for reading (listening to me read) 6 books over the course of the 3rd trimester. Each student received a medal. I let them know how proud I was and thanked them for helping me reach our class goal. The “Yee-Ha” sign is because Leroy Ninker is a small man who wants to be a cowboy. We first met him in Mercy Watson Fights Crime. He always says “Yee-Ha!”

The butterscotch candy in the pictures was part of the menu. Mercy loves anything butter flavor, and at Halloween (Princess in Disguise) she discovered butter barrel candies. 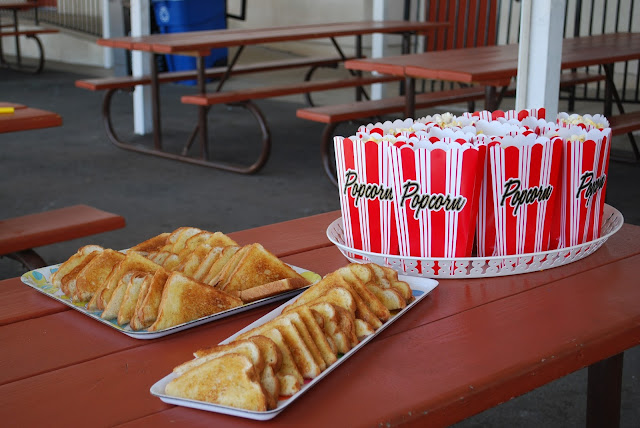 Speaking of the menu, the room mom, our food services manager, and one of my best friends helped buy, prepare, and serve the food. Buttered toast (every book), buttered popcorn (Something Wonky This Way Comes), butterscotch candies (Princess in Disguise), and lemonade (Thinks Like a Pig). We could have had some more buttered food items from other books, but I felt the menu was revolting enough. 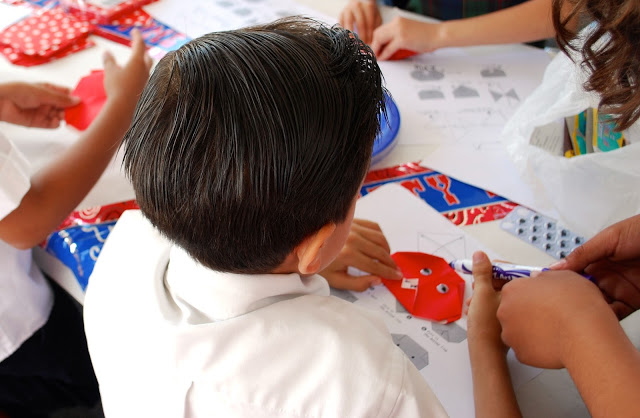 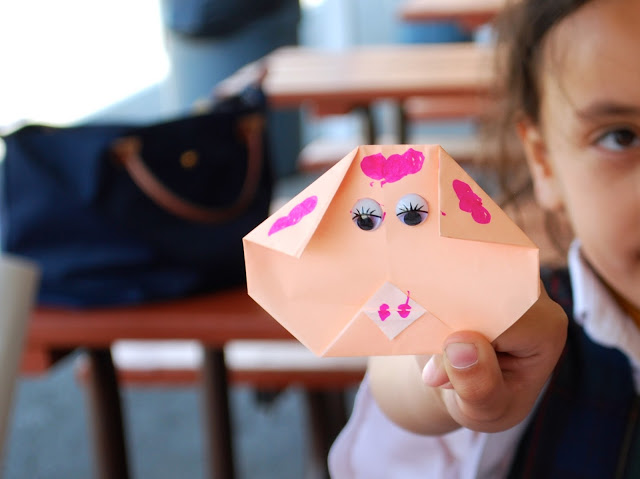 We scheduled the party so that when it ended the kids went home. This meant I had to come up with a craft that didn’t require any of their school supplies (I didn’t want to have to run it back to the classroom). We made simple origami Mercy Watsons using directions I found online. The 7th grade choir, Mikey, and another 5th grader helped me with this one. The helpers were slightly horrified by the less than perfect end result, but the 1st graders were over the moon with the their Mercy Watson faces. Then, while we got their buttered toast ready, they colored all over the table. Permission to color all over the table = party central.

And that’s it! I have a ton of pictures, but of course I can’t blast them all over the internet. Those I put in an album detailing our day. I’m bringing it to school on Monday so that the 1st grade students can sign it and I’m going to keep it in the library in a photo album/party album shelf I just this very second decided I’m going to create. I’m already thinking of what book series to read next year. Maybe The Notebook of Doom or Kung Pow Chicken?

I wish I could do something like this for every class. Maybe I’ll leave the album on the teacher’s lounge table as a hint. :)

« Discussion! All the Light We Cannot See by Anthony Doerr
Back Fat »