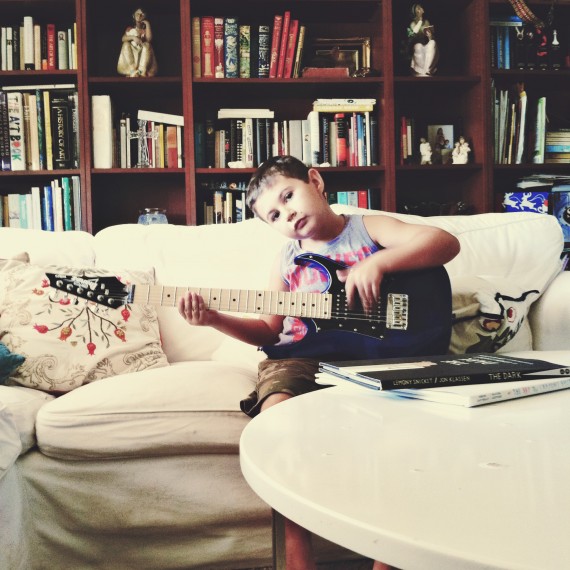 I lost my camera charger! So annoying. I’m not happy about it, but I am happy camera phones are somewhat decent these days.

We had the day off which was great, since I spent it sleeping off the hangover that is life as Nico’s mom.

My first day in the library! I was nervous, but I had help and it ended up going as well as could be expected when someone who doesn’t know what to do is running the show. It will be a year with a big learning curve, but by the end of it I think I might be able to call myself a faux-media specialist assistant in training wannabe.

The middle school kids came to my neck of the woods. The night before I turned to the Mister and told him not to tease me but I was really nervous to meet the 6th and 7th grade kids for lots of reasons, but mainly because I wanted them to like me.

“Trust me,” he said. “You have nothing to worry about. If you were my librarian in the 7th grade, I would have liked you. Really, really liked you.” In other words, he teased me and was no help.

It didn’t go as poorly as I feared. The kids were, for the most part, well behaved. The boys did a lot of posturing, a lot of trying to impress everyone in the room by doing things that would impress no one past 3rd grade. The girls spent most of their time rolling their eyes at them. Honestly, I loved watching them interact and hanging out with them. They could do some more leisurely reading, but we’ll work on that. I did convince three girls to read Anne of Green Gables by calling it a love story everyone has to read at least once. Next week one boy who “hates books unless it’s about sports because there’s no action” wants to check out The Outsiders because I called it a book about a gang war that “my husband, who can be a total dude” thinks is the best book ever. He looked at me and said, “I want to be a ‘total dude!'”

“Well, then you’re just going to have to read The Outsiders by S. E. Hinton because it’s a dude classic. Then I’ll see if we can watch the movie–it has Tom Cruise!”

To which the romance table responded:

“It’s an old movie! This is was made back when he was young and cute. (And not so crazy…)”

The older kids were great because I got to slightly geek out on books with them and explain to them that The Hunger Games was inspired in part by Greek Mythology (all our Greek Mythology books = immediately checked out), and series like Hunger Games, Divergent (book 3 out October 22!), Matched, et al have a dystopian society in common (had to explain what that was), and usually one young kid around their age able to make a difference by thinking independently. Hint. Hint.

Aaaaand now I’m geeking out here. Sorry about that.

Hello! Still with me?

I had 4 pre-K and Kindergarten kids breathing all over me while I read Peter Pan. And I had a little line forming behind me of kids that wanted me to read other books. I don’t remember Mikey or Nico ever being that small.

I need to put down the little kid books and start reading Beautiful Ruins. I suck at my own book club! I’m also going to be responding to comments. I don’t have access to the internet while I’m at school, so I’m a little behind!

Books, obviously. I’ve got some reading to do on the Dewey Decimal system (don’t laugh, I’m actually pretty excited about it) and I think I’m going to fashion a book hospital similar to some I’ve seen on Pinterest because wow the little ones really do like to report ever single microscopic tear they find.

Have a happy, happy weekend everyone!