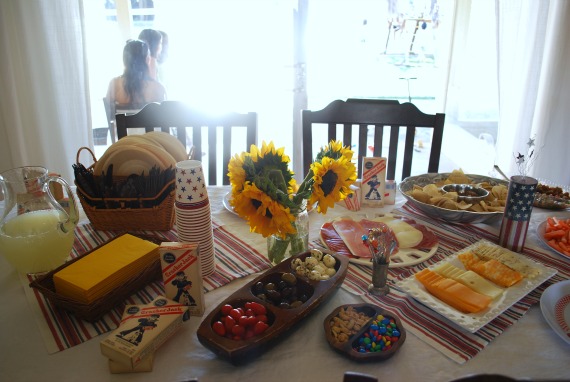 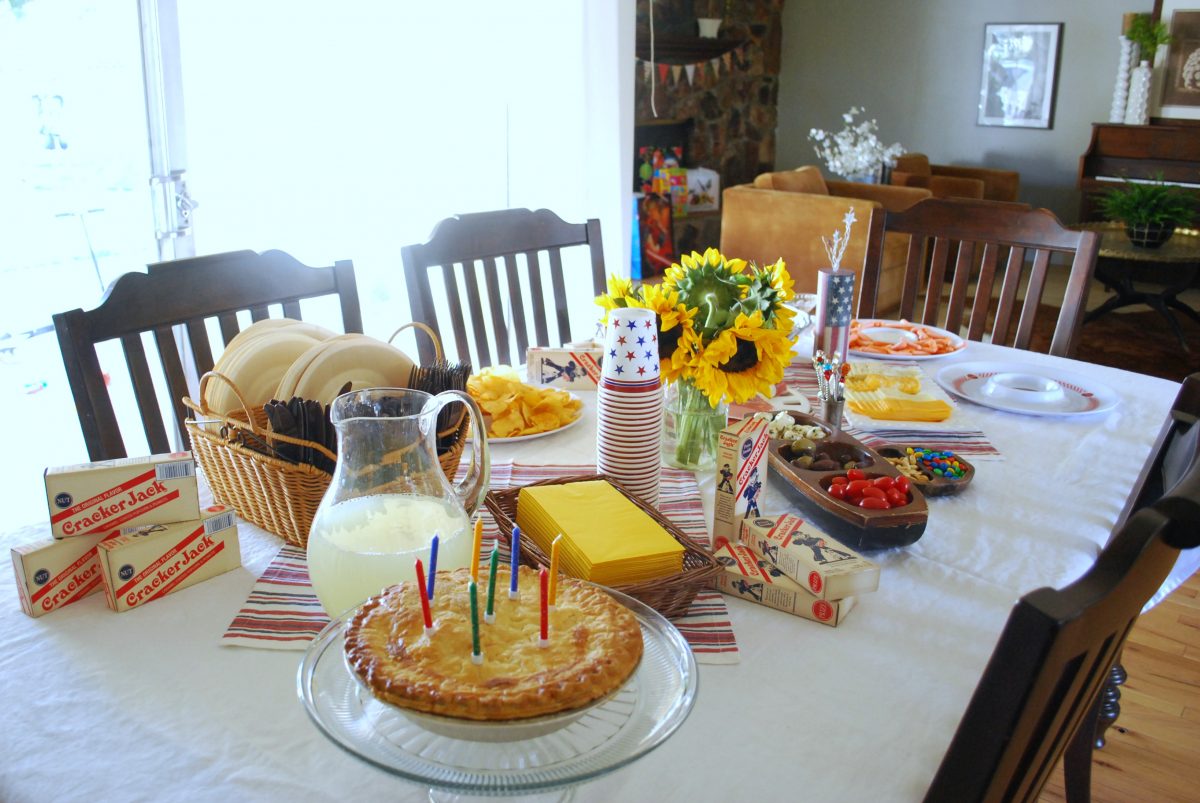 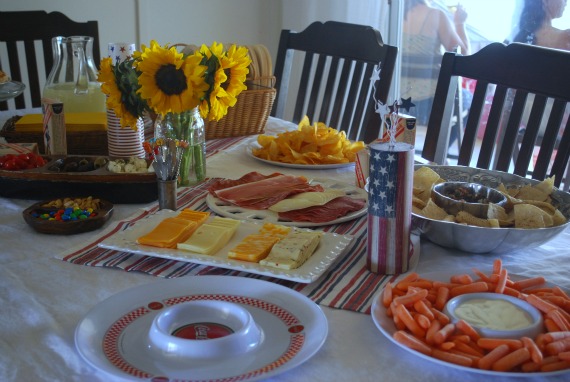 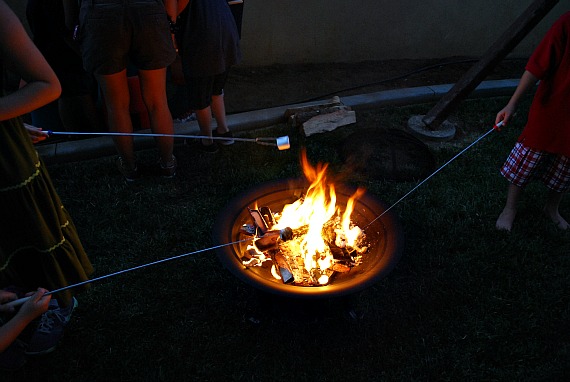 I can’t believe it’s Monday already. Mikey’s party went well on Saturday. He had a few close school friends for an early evening party. They had a Nerf gun war, played with swords Mikey, Nicholas, and the Mister made the night before, and set off cola bombs in the front yard. Later, after singing Happy Birthday, the kids made s’mores and even later played flashlight tag in the dark. Two friends stayed the night.

People showed up early or right on time, which worked out well since it prevented me from hacking limbs from my neighbor’s crepe myrtle tree to use in flower arrangements. It also prevented me from putting out even more food, as you can see from the empty platter. Not pictured here are the four different crackers, cheese straws, two more types of chips, and a platter of fruit and vegetables.

And the seven pizzas.

I really shouldn’t be allowed to host parties. As much as I spend in food, I’m tight fisted with the decorations and try to keep it to $20. (Not by choice.) I used all my regular linens and party plates and once again strung up my banners. I bought two red, white, and blue napkins at Cost Plus World Market and used them as a table runner. The flag firecracker is from a local party supply store and the vintage Cracker Jacks boxes are actually new and from Walmart. No one ate them because they looked like part of the decor! (Oops.) The blankets the kids used to eat on picnic-style are old 80s Santa Fe comforters belonging to me and my brothers.

For favors we handed out marshmallow sticks from the dollar spot at Target with a very basic flashlight from Walmart. Both were used during the party. I have tons of pictures of the kids, some which are really great. I going to print them out and send them to the parents with the thank you cards Mikey will write this week.

Overall, the party went really well. I looked on Pinterest for ideas and found several good ones, with one caveat. Try out the items you pin before the day of the party, especially if they are recipes or activities. Some of them looked too good to be true, and when we researched them or did test runs, we got big ol’ goose eggs. Thank goodness we tried them out first, or we would have had egg on our faces. As it is, I made the mistake of alluding to them in the invitation and at least one child remembered them and wondered why we weren’t making things glow in the dark or running an obstacle course. Later he chased friends in the dark with only a flashlight and a glow necklace. “See?!” I said as he flew past me and the fire bowl without fear. “You’re obstacling in the dark, and you’re glowing.”