Man, my house is a hidden wreck. At a glance, the rooms look good. They’re clean, presentable, and welcoming. They’re rooms I could imaging staying in for a while. Then, the blinders came off. I started to notice things aren’t as clean as they first appeared. Beneath the surface, it’s disorganized. The rooms burst with signs of a life that became too busy, too hectic, and too rushed. Today, after using all my strength to open closet doors sealed shut by an avalanche of linens and backpacks, I realized my house is that Facebook acquaintance who seemed super chill until they started all-capping everyone who agreed with you when you posted, “Habit Burgers is overrated.” 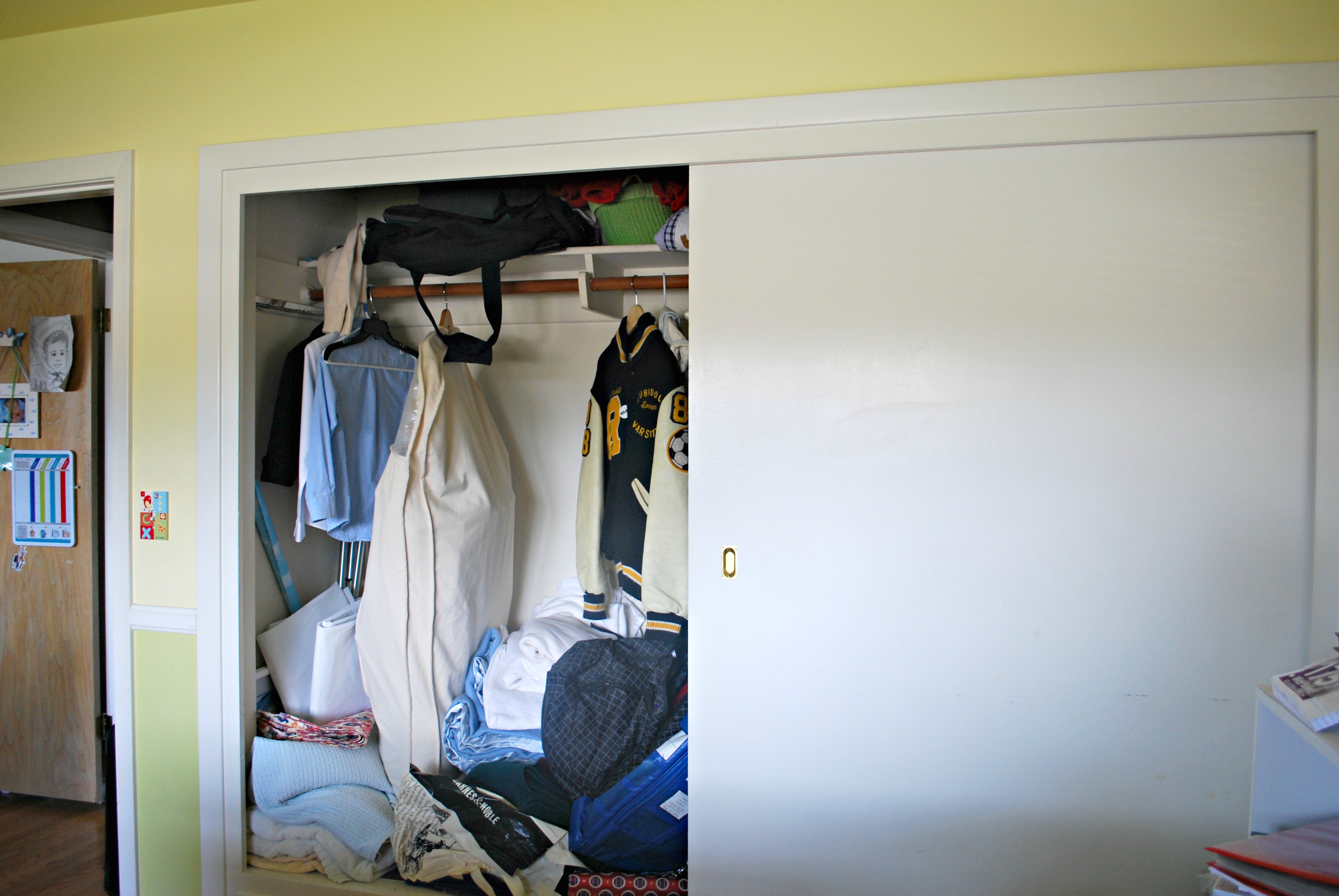 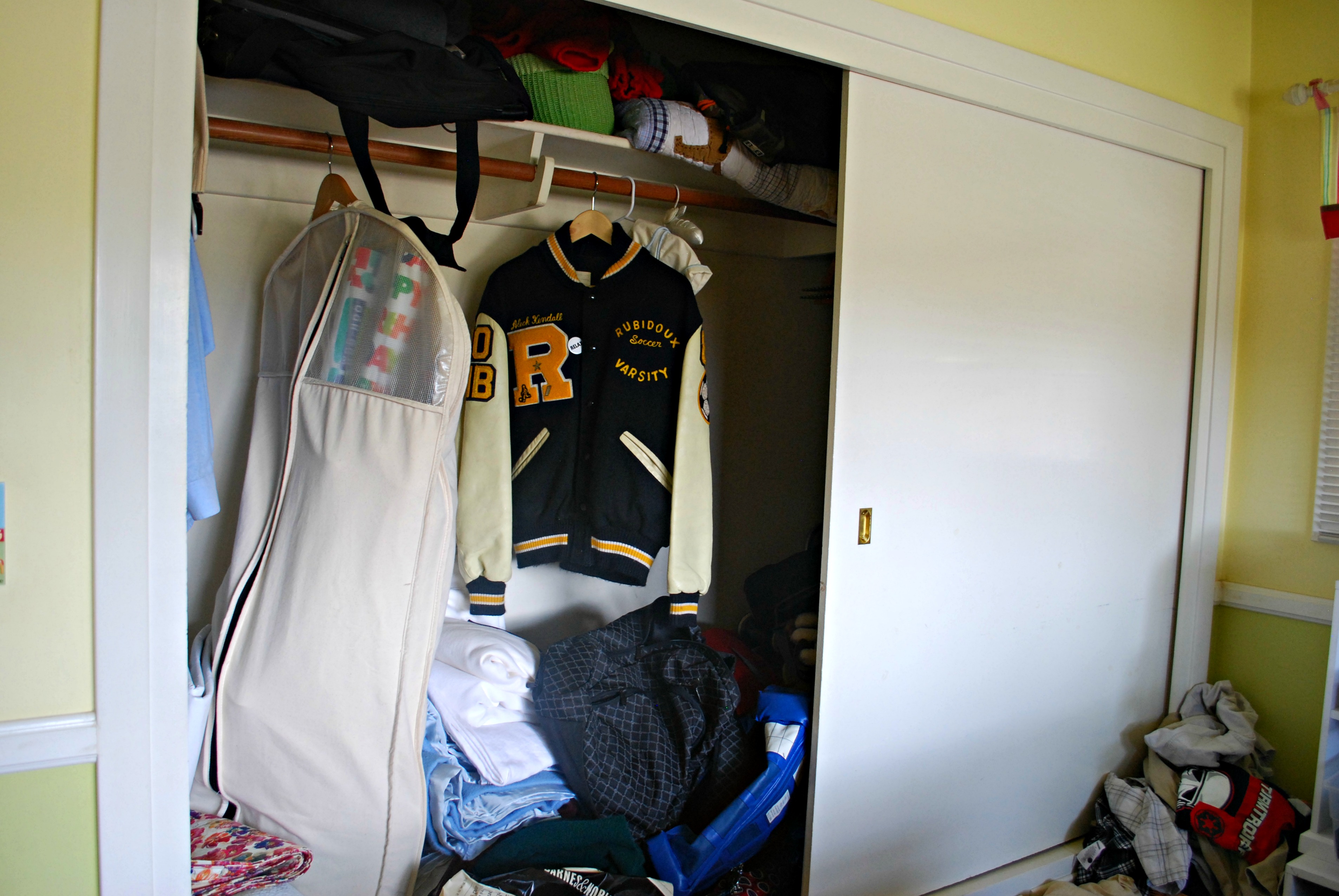 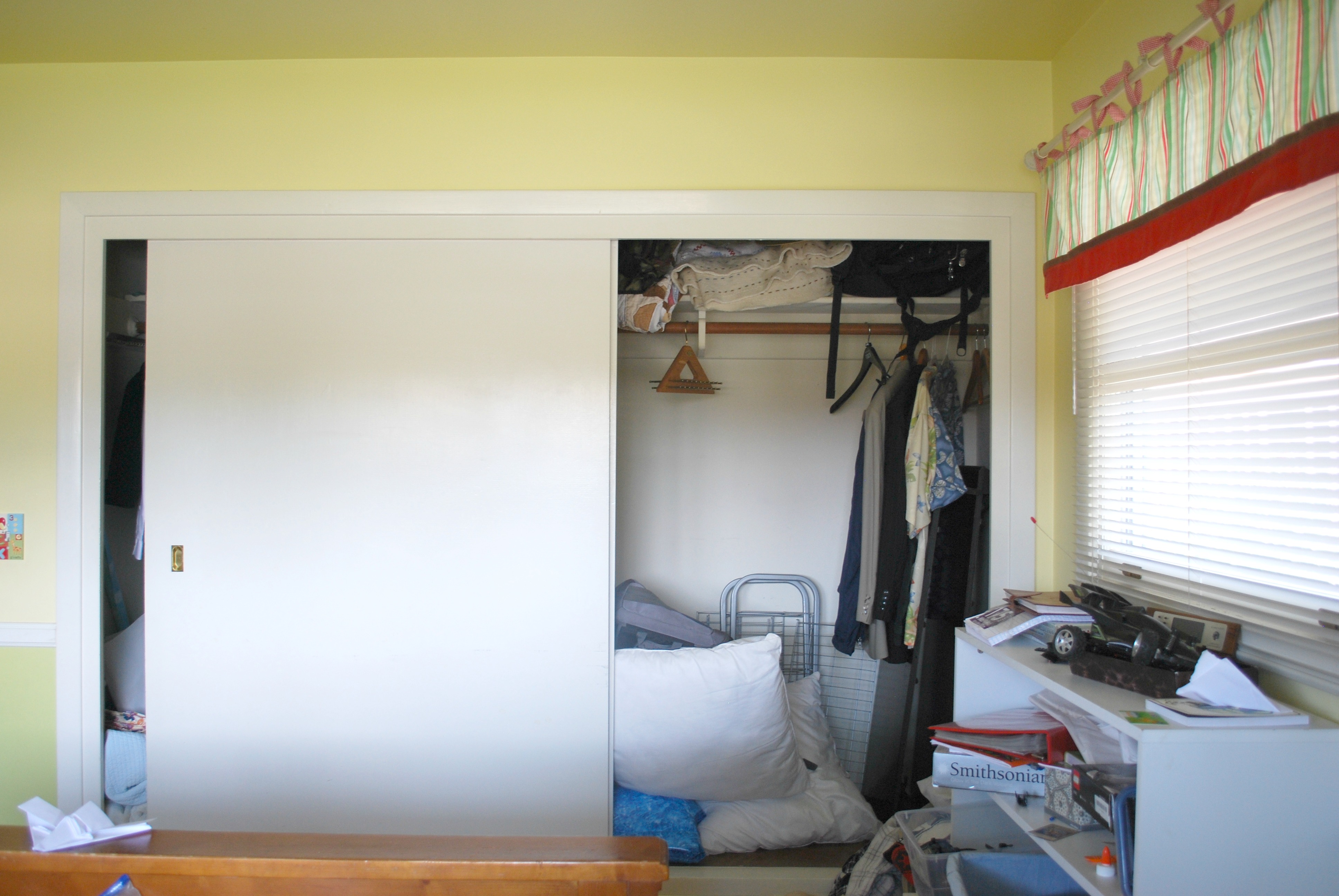 I agree with you;Habit Burgers is overrated. 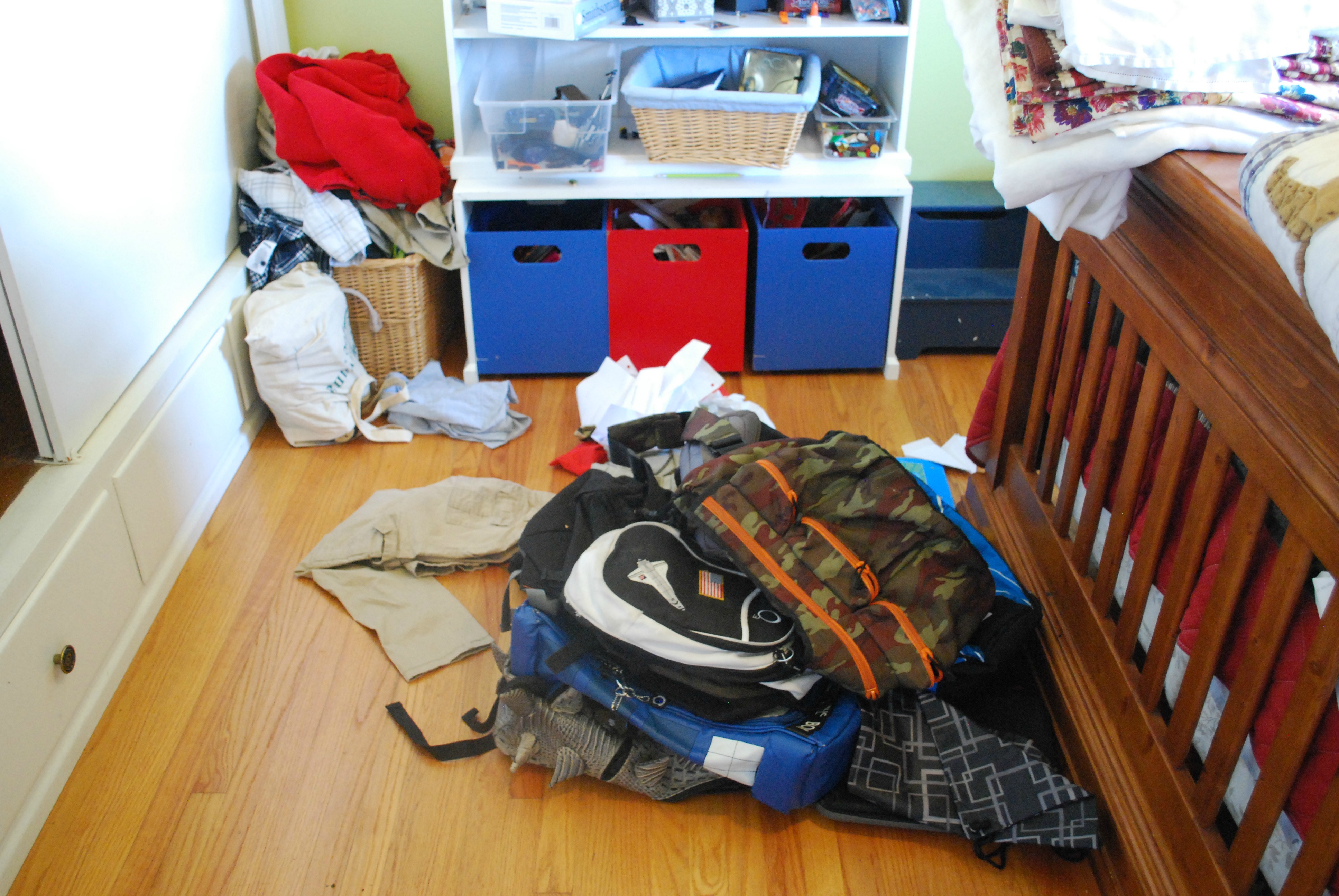 There is so much to do in the guest bedroom, and a lot of it requires rethinking/plan evolution on my part. Spilling out from the basket are articles of clothing the boys outgrew during the school year. A small donation basket emptied out every summer no longer works. They’re bigger now; their clothes and shoes take up more room. I need a different system or a bigger basket. Not sure which, yet.

The backpacks go back years. That astronaut backpack is Nico’s from kindergarten! 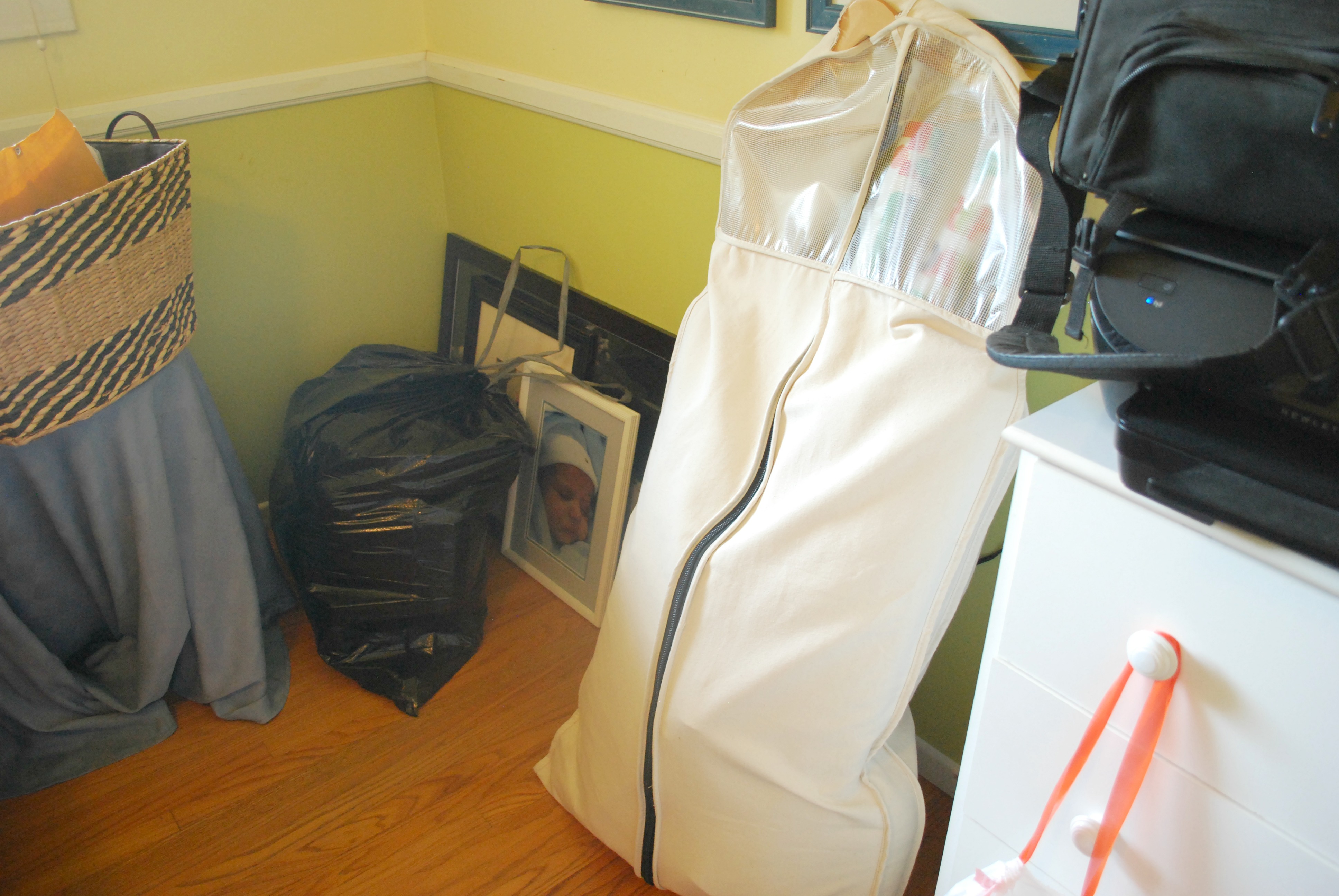 More rethinking/plan evolution. This wrapping paper storage system worked great when I had signature wrapping. I had very little to store and it was easy to access. I am embarrassed to admit that I dropped my signature wrapping technique due to peer pressure. I buckled under comments that it was boring or predictable, and one person thought I did it because I was cheap! Cheap!

I tossed out 10 rolls of wrapping paper today and still had over 30 to store thanks to my American gluttony. I showed them who’s cheap. 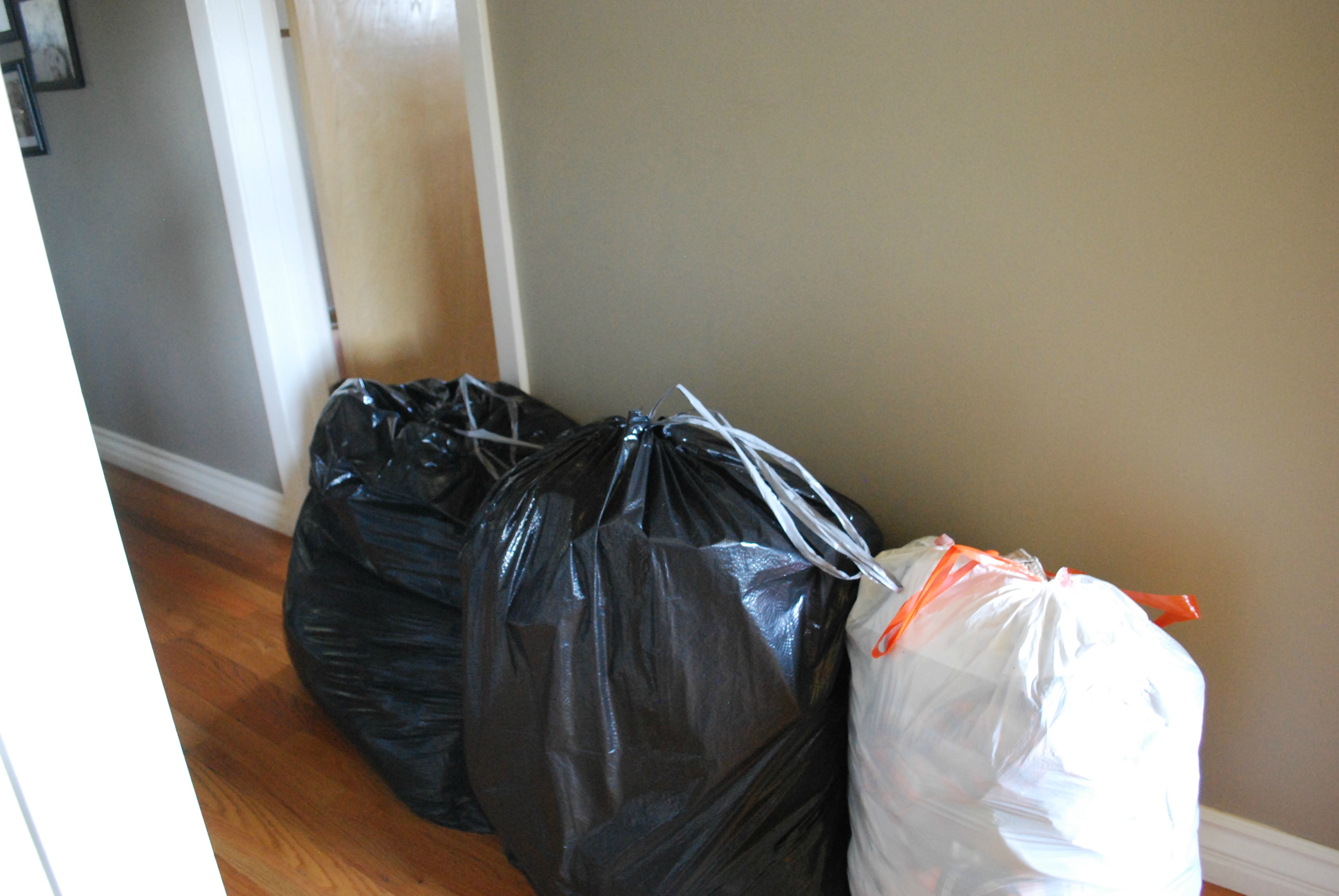 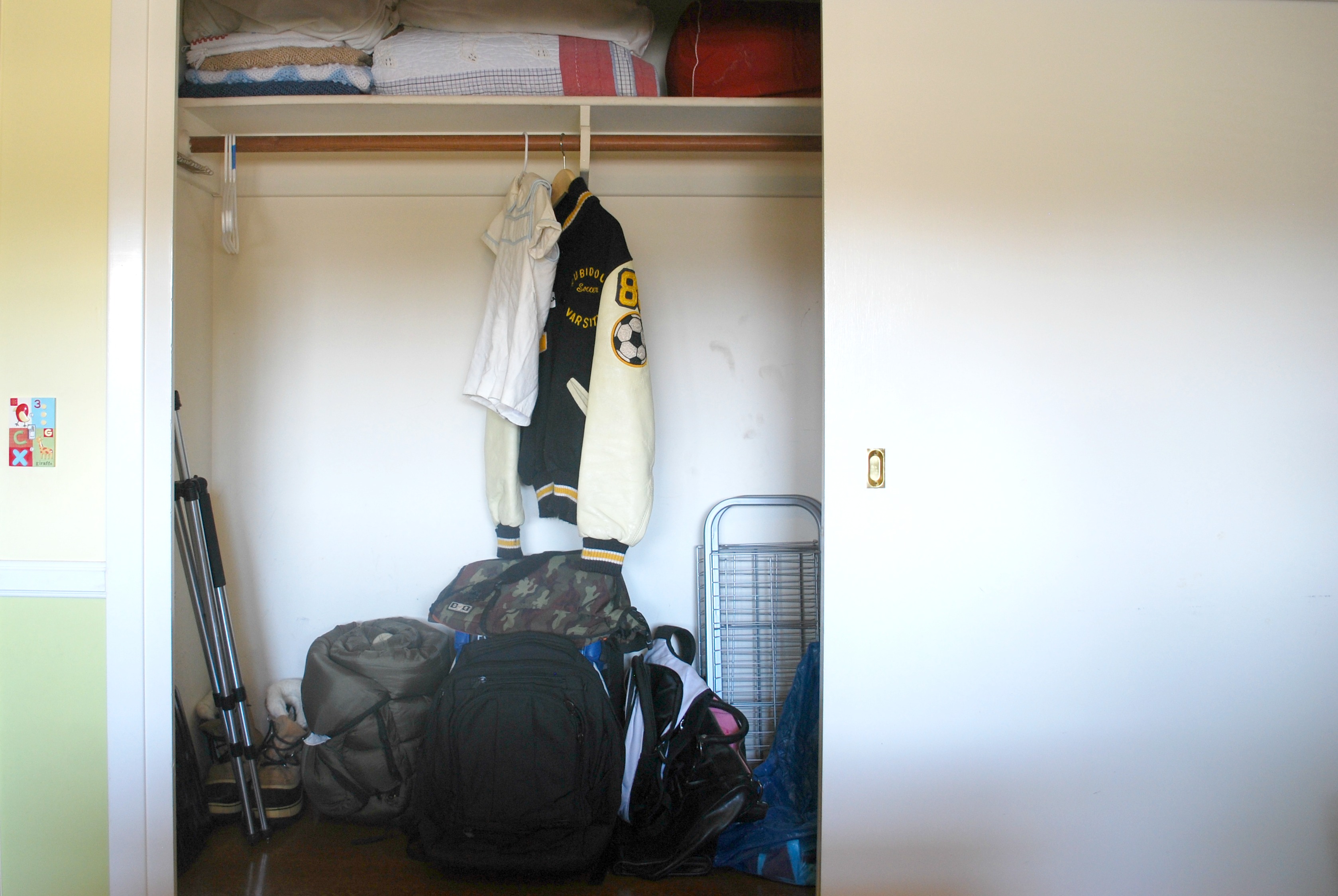 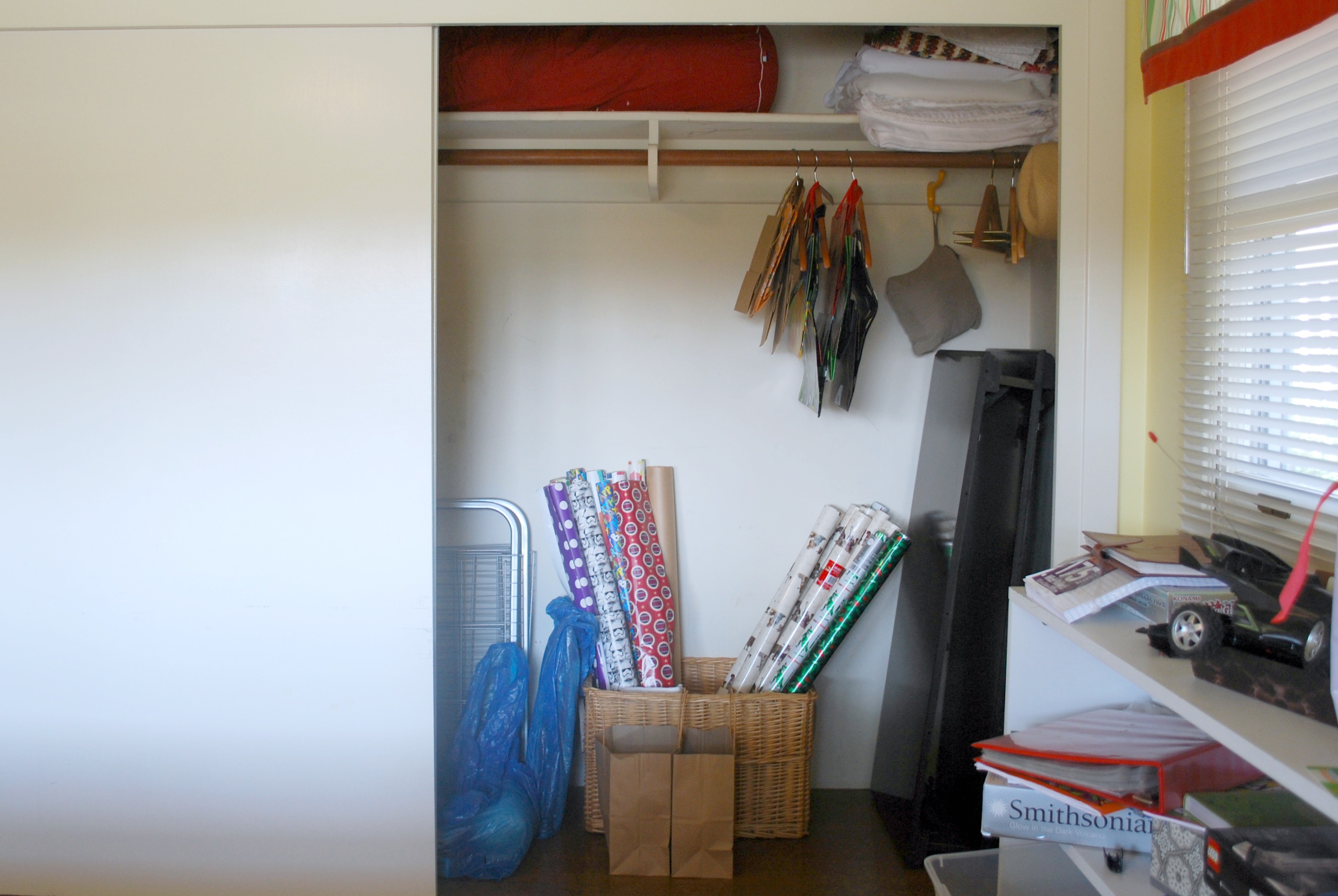 I consider this a “Round 1” shot. It’s much better than the before–I can open and close the doors without risk to life or limb–but there is still work to be done. We’re going to ignore the nursery wall colors circa 2006. I need to get rid of more wrapping paper (I miss my signature wrapping) and store what remains better. I also need to figure out what I am going to do with Nico’s Baptism outfit and the Mister’s letterman jacket. I’m trying to do projects without spending any money, so this is how it will stay until other solutions pop up. More storage and solutions will naturally become available as I work my way through the room and house.

« How Embarassing
The Guest Bedroom, Cubbies »