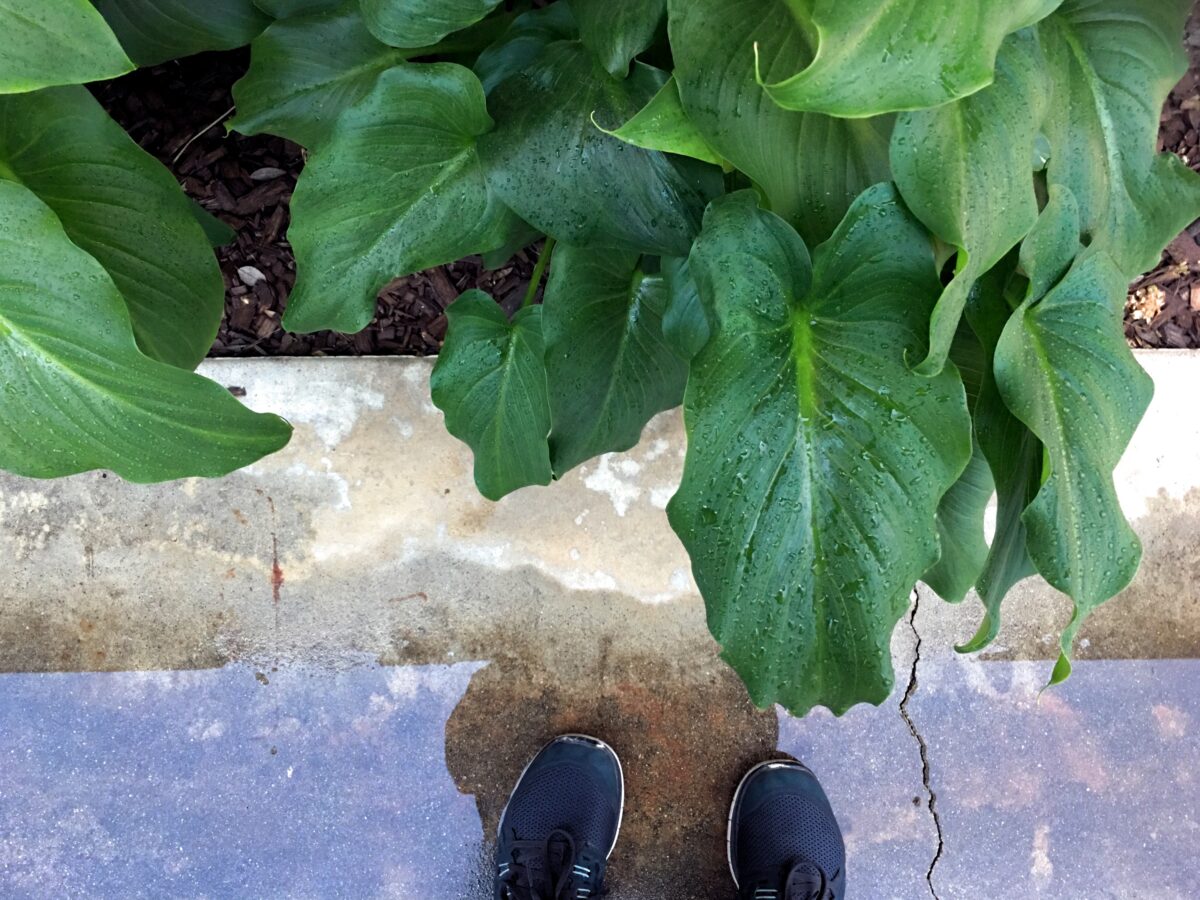 The walk in the rain tonight wasn’t as bad as I anticipated. It was comfortably cool and quiet; nice.

The craziest thing happened at school today! We had a bee swarm! The queen landed in the shade of a rain gutter right by our aftercare room. It reminded me of The Bees: A novel, a book I read last year that combined The Handmaid’s Tale and The Hunger Gamesbut changed all the characters to bees. I bought the book because (1) I love bees* (see: honeycomb pattern of one of my first blog designs) and (2) the idea of a story told from the perspective of an insect was impossible to resist. Here’s the synopsis so you don’t have to click over to Amazon.

Flora 717 is a sanitation worker, a member of the lowest caste in her orchard hive where work and sacrifice are the highest virtues and worship of the beloved Queen the only religion. But Flora is not like other bees. With circumstances threatening the hives survival, her curiosity is regarded as a dangerous flaw but her courage and strength are an asset. She is allowed to feed the newborns in the royal nursery and then to become a forager, flying alone and free to collect pollen. She also finds her way into the Queen’s inner sanctum, where she discovers mysteries about the hive that are both profound and ominous.

But when Flora breaks the most sacred law of all–daring to challenge the Queens fertility–enemies abound, from the fearsome fertility police who enforce the strict social hierarchy to the high priestesses jealously wedded to power. Her deepest instincts to serve and sacrifice are now overshadowed by an even deeper desire, a fierce maternal love that will bring her into conflict with her conscience, her heart, her society–and lead her to unthinkable deeds.

It’s as great and bizarre as it sounds.

* Bees are such amazing creatures. I’m allergic to them, but I can’t hate them for their power to kill me. They’re wickedly smart with a complex society/social structure. They also have a democratic process more effective than anything humans have come up with at this point.