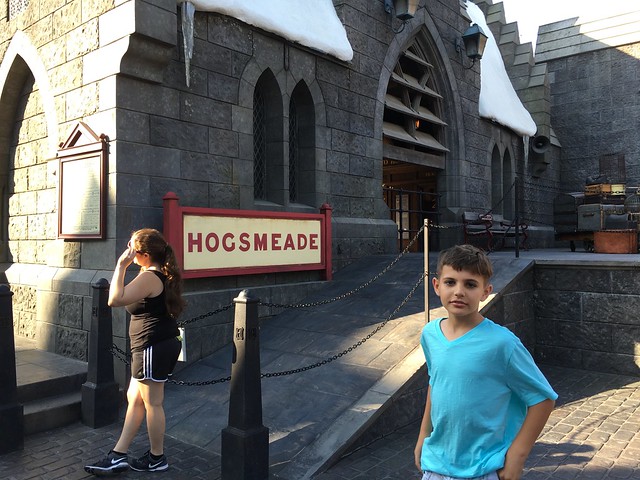 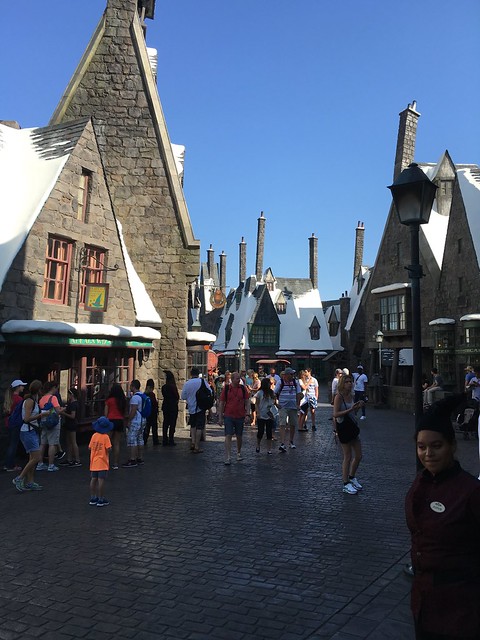 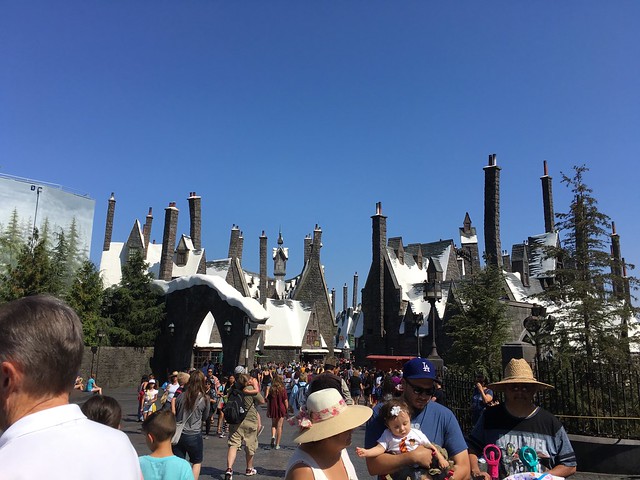 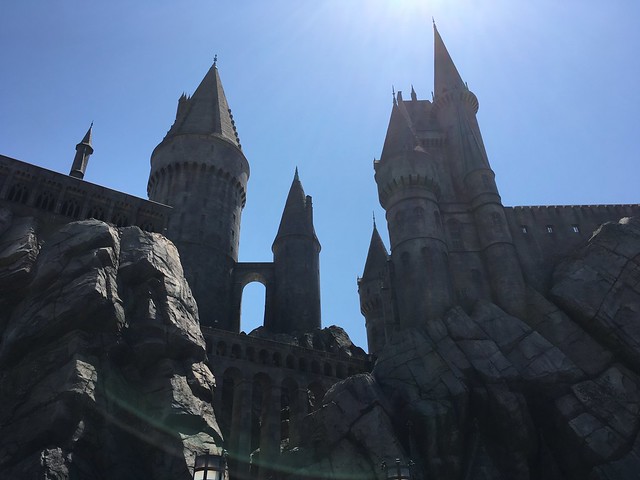 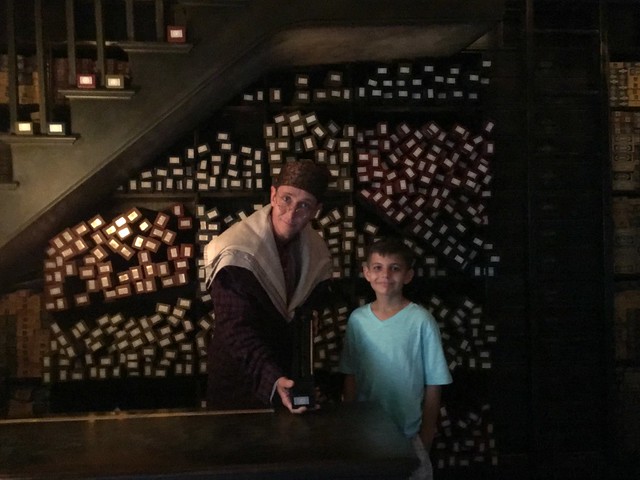 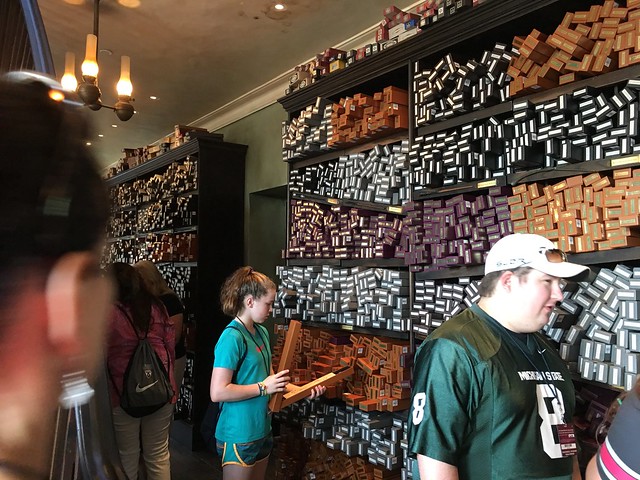 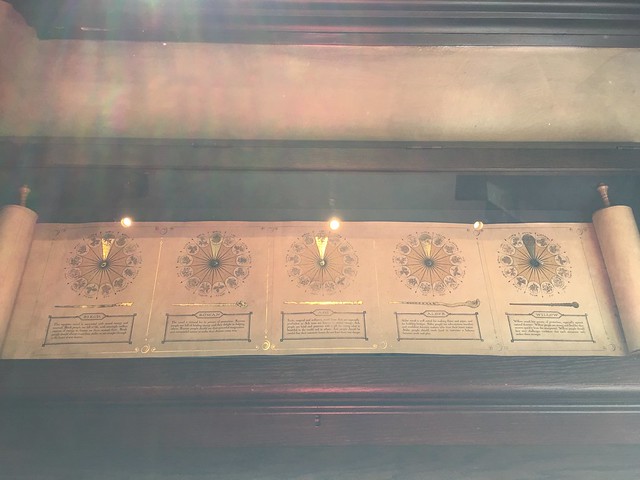 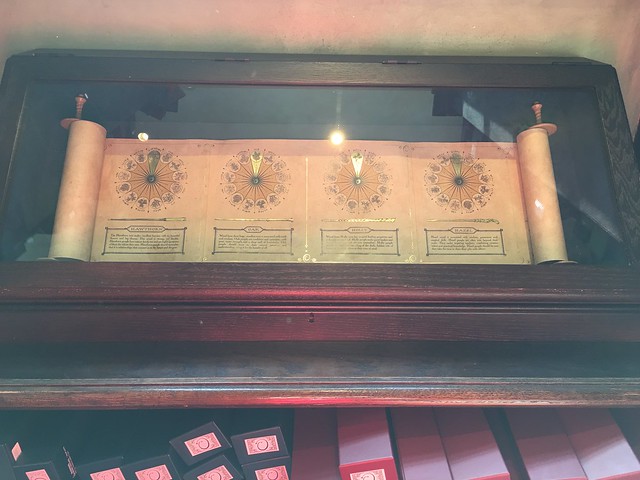 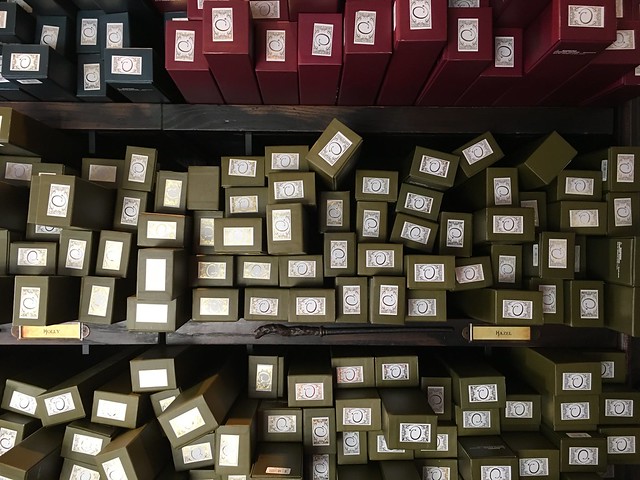 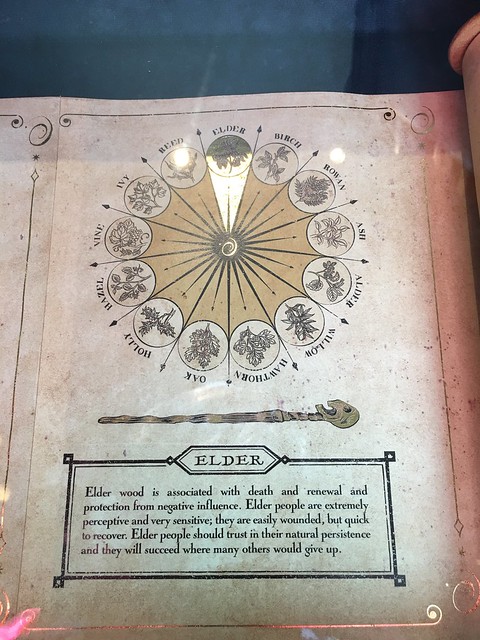 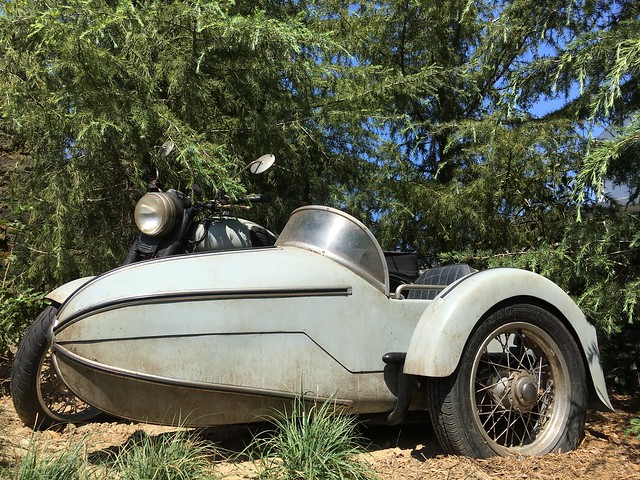 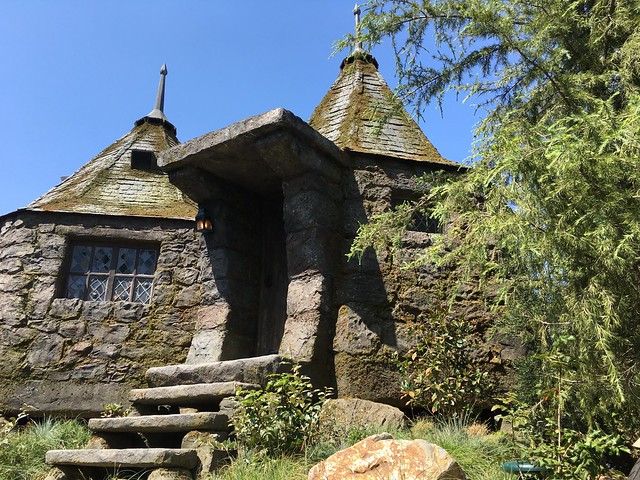 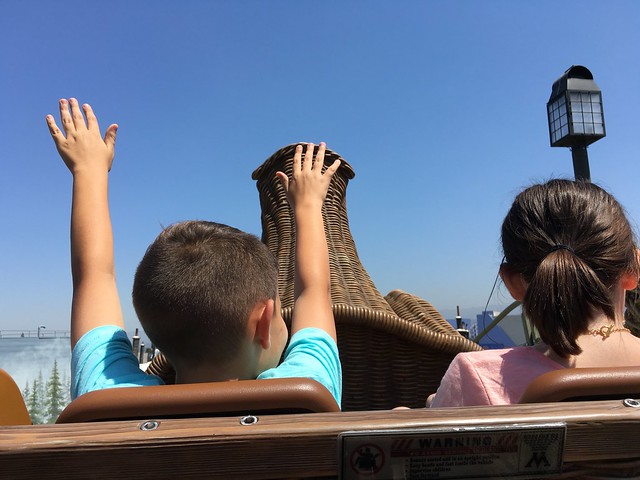 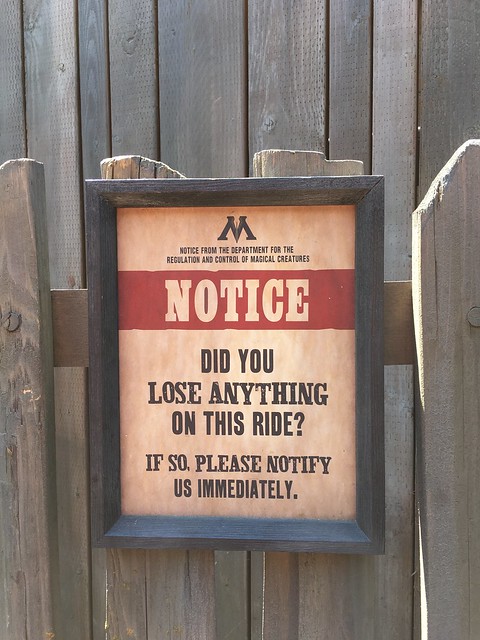 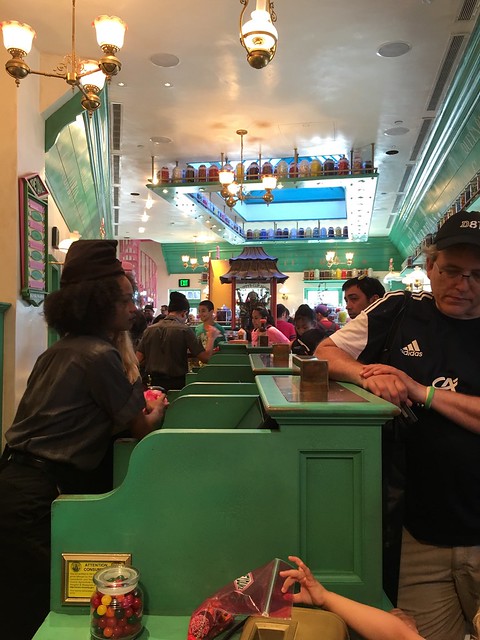 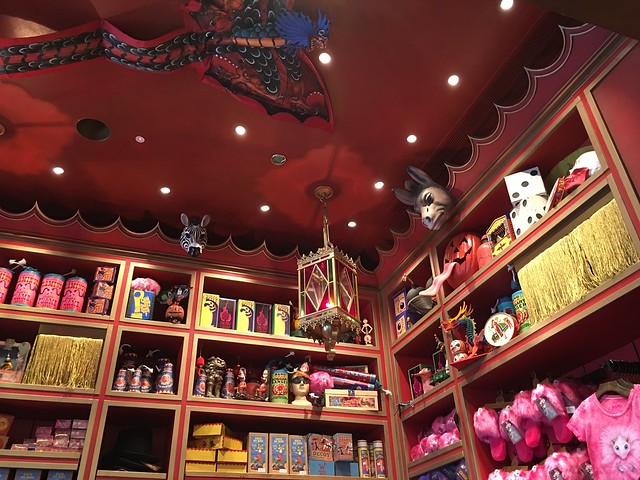 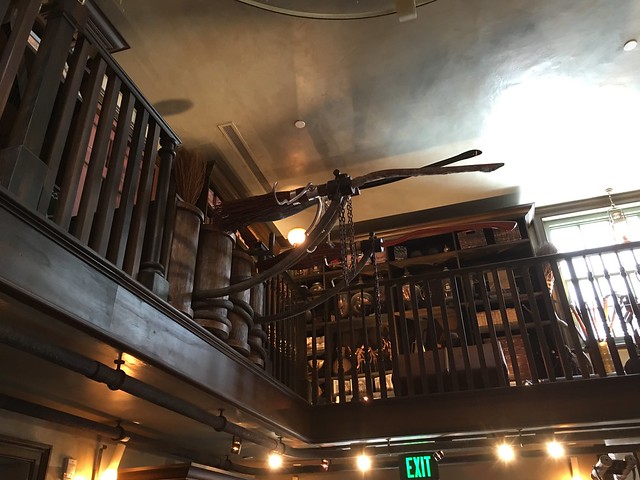 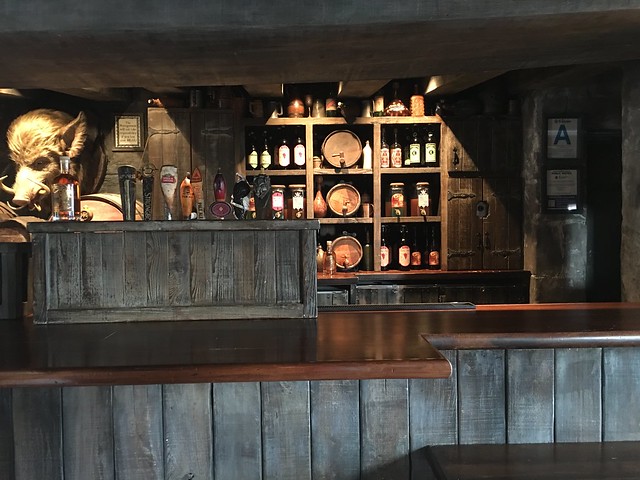 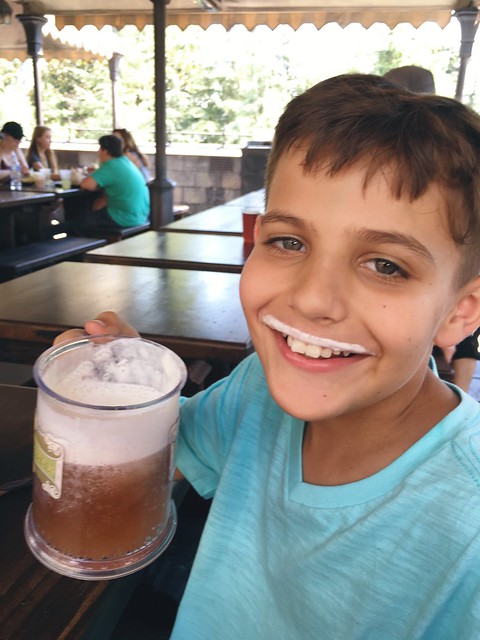 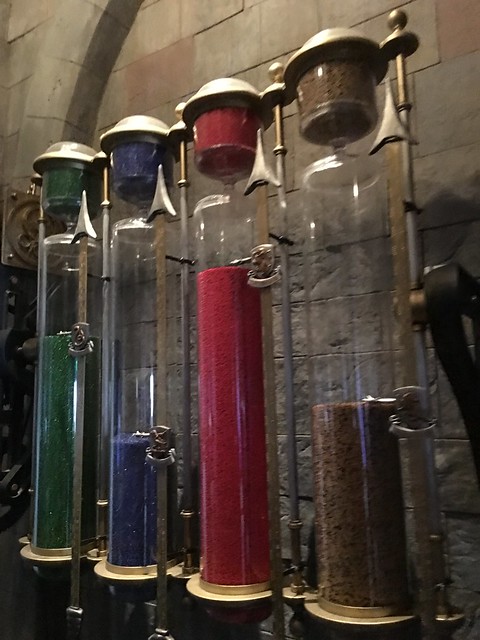 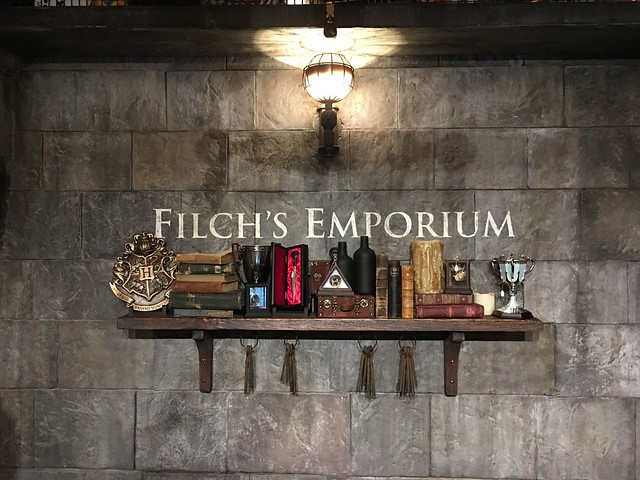 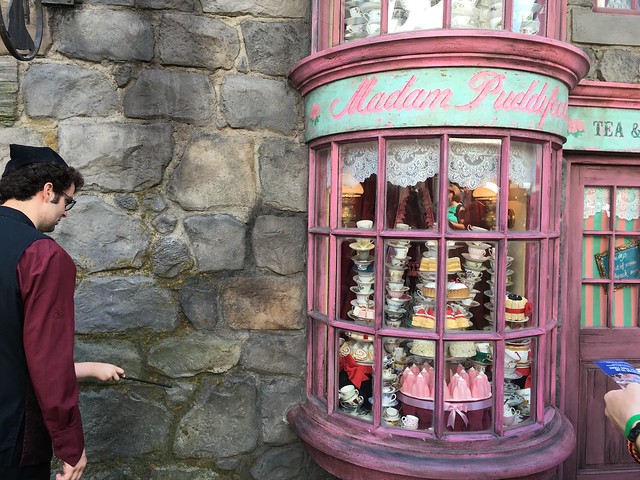 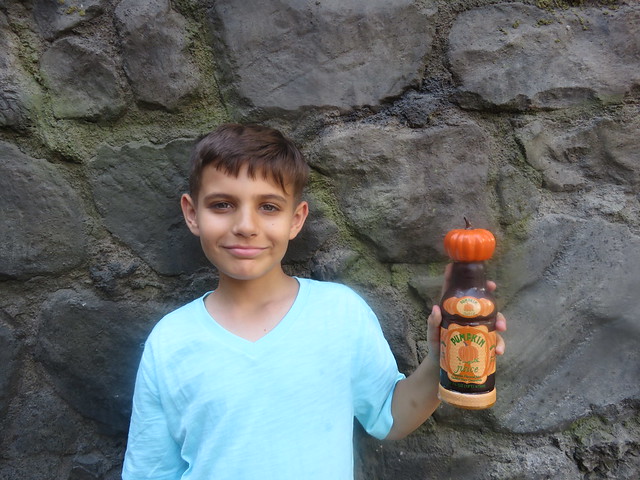 Mikey and I went to The Wizarding World of Harry Potter at Universal Studios, Hollywood, last Wednesday! He, along with another huge Harry Potter fan, asked to visit the park for their birthdays. So, that’s what we did! We did a combined birthday celebration sort of thing, except we didn’t invite any friends and we left the siblings at home. Hah!

That may sound weird to some, but it actually worked out perfectly. The kids wanted to experience The Wizarding World of Harry Potter (WWoHP) with a hardcore fan who wouldn’t tease them for being so crazy about a book series, so they only wanted to go to the park with someone who had finished the series, too. This was the key to the kingdom, so to speak, which meant the siblings had to stay home.* They also wanted to go with someone who hadn’t already been to the park, to avoid spoilers. This eliminated a number of friends who went when the park opened in March, or went to the one in Orlando. Then, there was the number of people. Three kids wasn’t enough when it came to rides and group dynamics, but four kids was too many. Letting them experience WWoHP, just the two of them, made the most sense. Also, those tickets aren’t cheap. They were $105 per person, purchased in advance at a discount.

*Nico completely understood the reasoning behind this decision and is now super motivated to finish the series. He’s on Harry Potter and The Goblet of Fire. When he finishes the series, he’s getting his own Harry Potter day. Mikey did pick out a few gifts for him at the park but has not shared with him an iota of his experience because he wants it to be a surprise for Nico.

Some notes of the day for myself and anyone interested in going. Spoilers below!

When you walk into Universal Studios, you’ll get a map of the park and a separate guide for WWoHP. The Wizarding guide will tell you to visit in the afternoon to avoid the crowds and long lines. We ignored this and are so glad we did! Purchasing your tickets online allows you to enter the park one hour before it opens, so when we entered WWoHP, the shops were just opening. Our wait times before the park opened were minimal. By afternoon, the line for a simple butterbeer was over 40 minutes! WWoHP gets very, very, very crowded. I’m talking wall-to-wall people, and sometimes it’s difficult to even turn around in a shop. You really are like a fish swimming up stream. Because of this, I’d say to skip WWoHP or wait until the excitement dies down if  you’re not a hardcore fan of the series.

There were three main goals Mikey had for the day, and getting a wand from Ollivander’s was one of them. The wands will operate storefront windows with special movements and work at the WWoHP in Orlando, Hollywood and, Japan. The experience was amazing. You walk into a small room, similar to the small room in the Haunted House ride at Disneyland. There, you meet Ollivander’s assistant. They ask all the kids in the audience (about 20 people) to stand in front. They pull one of the kids out of the crowd and fit them for a new wand. They essentially recreate Harry’s experience when he gets his wand. Guess what? Mikey was the kid chosen! He was so nervous. Here’s a very poor video of him getting fitted for his wand.

Harry Potter and the Forbidden Journey

This ride was amazing! The wait is long, but you walk throughout Hogwart’s castle and grounds. We visited Professor Sprout’s greenhouse, the Slytherin dungeons and the Defense Against the Dark Art’s classroom, Professor Dumbledore’s office, and various classrooms and hallways. We were so entranced with all the details that we often held up the line–but no one noticed because they were also caught up in the details!

The ride simulates a broom ride through the forbidden forest, the castle grounds, and a quidditch match. We loved it!

Flight of the Hippogriff

I read a sign right outside the ride that asked if we lost or forgot something. “Yes,” I quipped. “Forty five minutes of our lives.” This ride is really for little kids, but not. It’s a roller coaster, but it last no more than 30 seconds. The wait is long and outside. Hagrid’s hut and motorbike aren’t exciting enough to make up for such a long wait in the heat with little to no shade.

This is a live performance of Hogwarts students and singing frogs. I thought we should try it, but Mikey said no. We walked by when they were performing. It was awkward.

Mikey and his friend weren’t interested, so we skipped it. It’s another live performance.

Three Broomsticks is restaurant where you eat, The Hog’s Head is the bar where you drink–just like in the books. Earlier in the day, the kids walked up to “the bar” and ordered butterbeers. They are very sweet cream sodas with a hint of butterscotch, and have a super thick, creamy head. They were a bit too sweet for me, but everyone else loved them.

I wanted to eat at Three Broomsticks for lunch, but it was English pub food. Mikey and his friend were in the mood for burgers. It was their day, so we went into the larger park and had burgers which, admittedly, were pretty delicious.

You walk out of the Harry Potter and the Forbidden Journey ride and straight into Filch’s Emporium, which is a gift shop. They have the best selection of t-shirts and movie memorabilia.

There are butterbeer carts where you can buy snacks and butterbeer, though I liked buying two pints at The Hog’s Head and sitting outside under a canopy. The Magic Neep cart is a cart where you can buy pumpkin juice, fresh fruit, and snacks. Pumpkin juice is also very sweet, and tastes a bit like pumpkin pie flavored apple juice. Mikey and his friend loved it, but couldn’t finish their bottles.

Mikey really wanted to go in here since they sell quidditch supplies, but nothing really struck his fancy. The brooms were either really expensive ($300 for a “real” one) or $35 for a plastic toy broom that a little kid would love. It was also very crowded.

We somehow skipped this shop. They sell wizarding supplies, obviously. Think telescopes, crystal balls, compasses, and the like.

This shop sells refined wizard wear. Haha! I can’t believe I just typed that. Wool sweaters, silk Hogwarts house ties, and high quality Hogwarts robes. Seriously. They’re heavy, lined, and come with wand pockets. At $110, you wouldn’t think people would buy them, but there were some true fans out there wearing their Gladrags robes. I have a picture of Mikey and his friend wearing Hogwarts/Gryffindor robes. They look very sweet. Then we put the robes back on the rack.

My friend told me that we would spend at least 3 hours in WWoHP. I didn’t believe her. Well, we ended up spending 6 hours there, so that goes to show you how much I know! Much of that was walking through the shops and waiting because of the insane lines and crowds. It was way too hot to visit the rest of the park after we were done, and I was worried about getting home in LA traffic. I would go again and can’t wait for Nico to finish the series, but we’ll go in the winter when it’s cooler and the crowds are smaller. The attention to detail throughout is outstanding. Those who read the books will feel rewarded. BUT! If you watched the movies once and thought they were good but never read the books, I wouldn’t go. It’d be a total waste of money. You go to WWoHP because you’re a fan of the books, have watched the movies, and want to buy merchandise. WWoHP is a very well done Harry Potter-themed mall. There’s only one ride worth going on, and the rest of it is shopping and eating.

Definitely worth going, but with caveats.