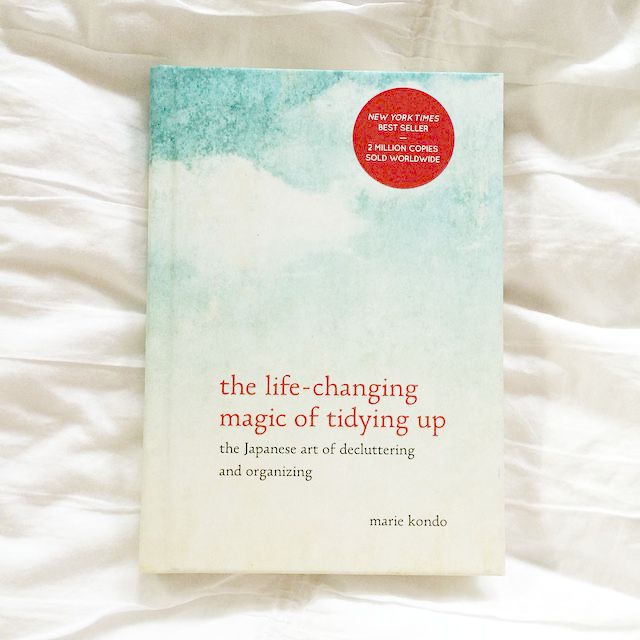 Those of you on Instagram or Facebook know I bought The Life Changing Magic of Tidying Up by Marie Kondo in February, around the same time as the rest of the world. I started it, stopped it, and lost it. That’s right, I lost it.

We’re back, safe and sound, after a couple of weeks in Lake Tahoe. It was nice (minus that one week) but we’re glad to be home. I, especially, wanted to get home and tackle this book and my house; I planned to read, review, and hopefully drink the Koolaid everyone has been going on about for almost a year.

I searched for this book the morning after we got home and have been searching for it ever since. I can’t find it, and that means it’s time to change the way I do things around here. My first item on the agenda: start doing things.

I don’t know what will happen when school starts up again; I don’t even know if I have a job. But until then, Thursdays are once again my WMP days.

“Have nothing in your house that you do not know to be useful, or believe to be beautiful.” – William Morris

My second item on the agenda: find a new quote. I thought the quote was clever when I read it a million years ago, so much so that I parroted it to my friend when her parents died (incidentally, their death inspired the project). Since then, you can find it in every home book, magazine, and blog. Enough. Too much. Overkill. Did George Costanza teach you nothing, Internet? Get out on a high note!

I’m also going to be sharing reviews on the many, many simple living and decluttering books on the market. So many of them say the same thing, but occasionally there are some true gems. Part of the reason The Life Changing Magic of Tidying Up became so popular is because of its uniqueness in the genre–or at least that’s what I suspect if the rumors of folded underwear and sparking joy are true. I’ll know more for my review and project post next Thursday, after I re-buy the book on organization and decluttering that I I lost in my house.