I have more Netflix recommendations! They are, of course, shows my in-laws wouldn’t touch with a ten-foot pole. They are convinced I’m not happy unless I’m watching, reading, or listening to something that leaves a normal person sucking their thumb and rocking gently. Mostly untrue, I say! Let’s not forget that I am the person who once binge watched Melissa & Joey.

It’s possible that admission does nothing to refute the claim I only watch TV that makes a normal person sucking their thumb and rocking gently.

Well. If you’re looking for light and happy TV shows, go somewhere else. And I say that with a smile on my face! 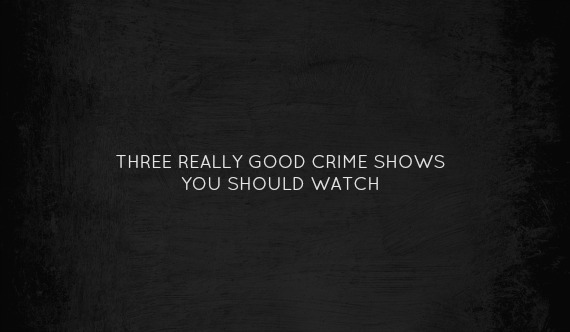 The three Netflix shows I’m recommending today are crime shows, and they aren’t American crime shows so you will notice an absence of Super Hot Crime Fighters, Very Special After School Special mentions of race/sexuality, and Marty Stu’s/Mary Sue’s. Every show has several flawed characters with normal-sized lips capable of moving their foreheads. The recommendations are in order of crazy characters, least to most.

Haha! No. They’re are equally insane. 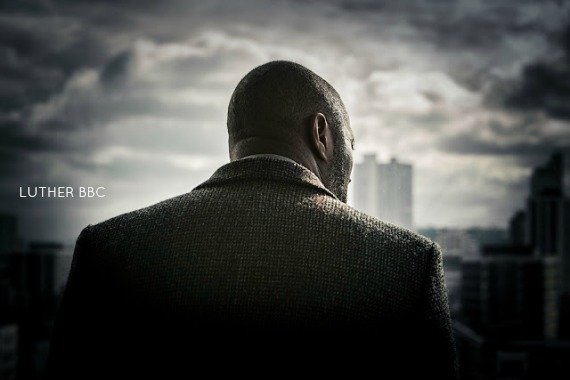 Luther was a recommendation from a reader who knows what I like. The Mister and I binge watched this show which, like most shows from the BBC, has only a few episodes per season. Idris Elba plays John Luther, an exceptional detective who understands twisted criminal minds because he is twisted and self destructive. Elba’s phenomenal acting rightly won him a Golden Globe Best Actor award, though I can’t complain about anyone on the show. Ruth Wilson as Alice Morgan is especially fantastic.

Never have I had such fond feelings for a sociopath. Oh, wait. Yes I have. 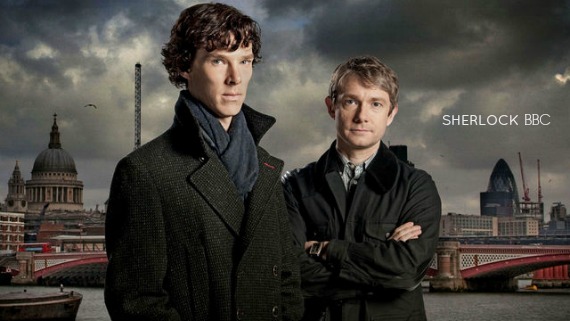 Sherlock is a show I heard about, but I thought it was similar to the Robert Downey Jr. Sherlock, which didn’t interest me whatsoever. I finally caved because I was curious and bored and someone assured me it wasn’t quasi-Victorian Hollywood nonsense.

Benedict Cumberbatch is wonderful with his perfect complexion, watery blue eyes, wavy hair, and of course his deep voice. But there is something about Martin Freeman. I can’t explain it because he is the antithesis of my type. (Shoot me now for saying “my type” in a sentence without irony.) A couple of months ago I saw a meme on Instagram that described the feeling you get when you watch a show and a character immediately captures your attention. No one else exists when he or she is on screen. This is how I feel about Martin Freeman as John Watson. I don’t know if it’s his sweaters, his boyish haircut, his quick wit/dry humor, or his seemingly endless cache of facial expressions, but I want to send him a stuffed unicorn. 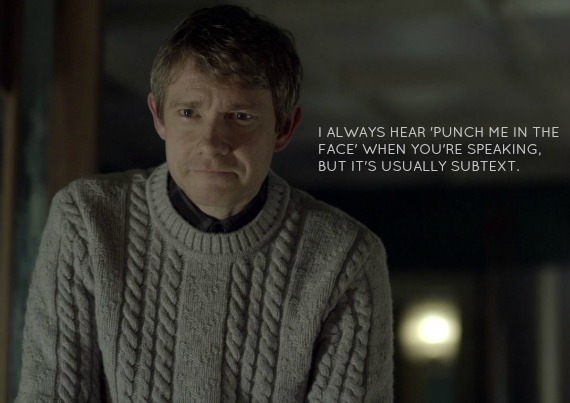 I was telling my friend Tiffany about this recent obsession with a petite blond male in sweaters, and I could tell she wasn’t picking up what I was laying down. Then I said, “It’s Martin Freeman, you know, the guy from The Hobbit.” And then she said, “Ooooh! I love him. There is just something about him.” I have the best, most understanding friends. 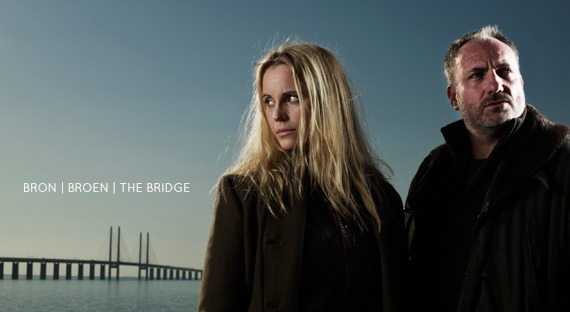 The last show I have to recommend is one we are binge watching right now, and is another recommendation from a reader. It’s Bron/Broen, or The Bridge in English. It’s a Scandinavian crime drama staring Sofia Helin, my favorite actress from Arn the Knight Templar (Gah!) another recommendation of mine. We’re almost done with season 2, which means we’ll have to wait for season 3 like starved animals.

This is the show the Mister was the least excited to watch because of the subtitles, but this is how he felt about Arn the Knight Templar, and that became one of his favorite movies. True to form, he loves, loves, loves The Bridge. I could tell you why you should watch this show, but Anna sums it up so perfectly that I’m just going to direct you to her post. Read it, and understand my obsession.

Basically, I watch what you tell me to watch because so far you haven’t let me down. In fact, you’ve introduced me to some of my favorite shows of all time.