My friend Brenda emailed me a while back about her latest children’s book coming out in November called Secret Agent Josephine in Paris. Brenda has authored and/or illustrated 11 other children’s books, but this is the first time I’ve agreed to review one. I’m selfish. I knew the advanced copy would be a great addition to the library at school even though it is paperback (the official release is in hardback and ebook only). 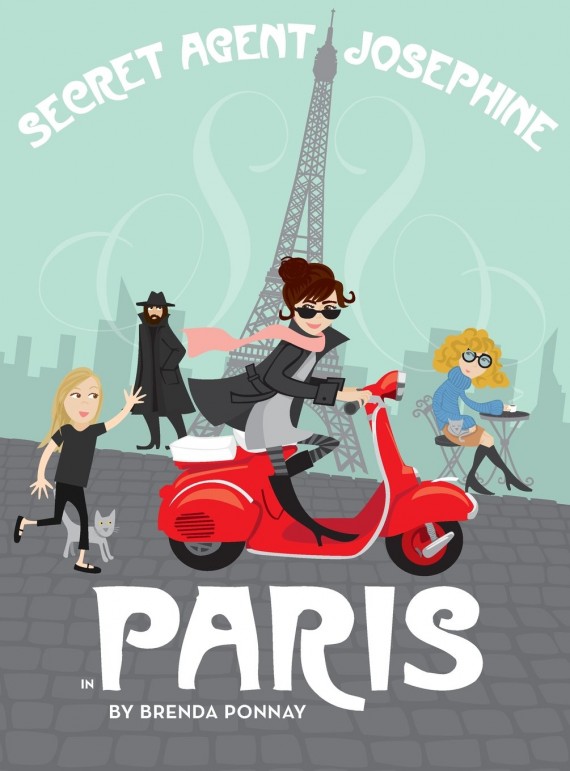 The artsy and creative girls at school loved it. I had the 6th grade class on Wednesday and one of the students thought it was a new book to check out. I hadn’t written this post yet, nor had I told the volunteer helping me that it was off limits, so she allowed the 6th grader to check it out. I had to then go to the 6th grader and ask for the book back. I’m a book stealing dream crusher. I told her she could have it next week, but I still felt like a jerk.

I wasn’t sure Mikey and Nico would be as thrilled since it’s a book about a mom and a girl, so I asked them if they wanted to take pictures holding a book about a Secret Agent.

Did they?! Secret Agent?!

They arrived, without Secret Agent hats, ready to roll. Since Nico had a Miami Vice vibe thanks to Mikey’s First Communion suit jacket, I had the idea to recreate this image with Mikey playing the part of a book holding Tubbs. 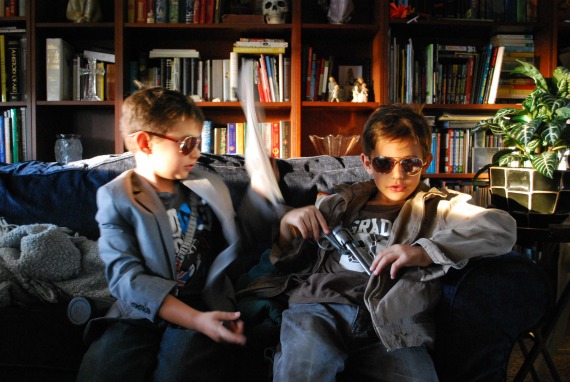 It’s about the time I said, “You both are going to hold that book and by God, you’re going to love doing it!” 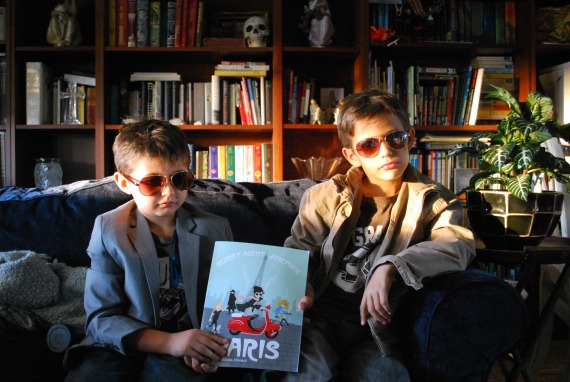 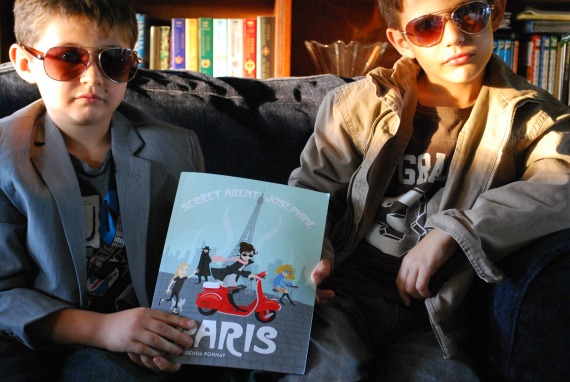 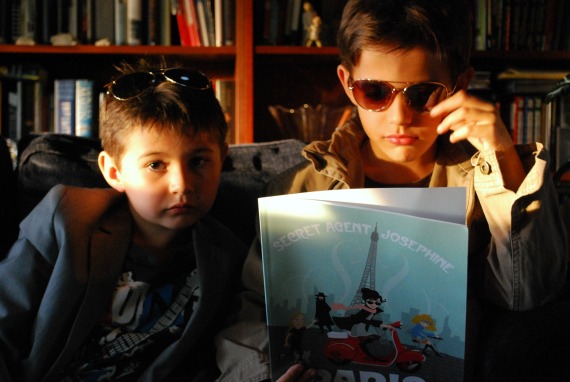 At one point Mikey took a peek at the back, but not because he was interested. It was just there, you see. 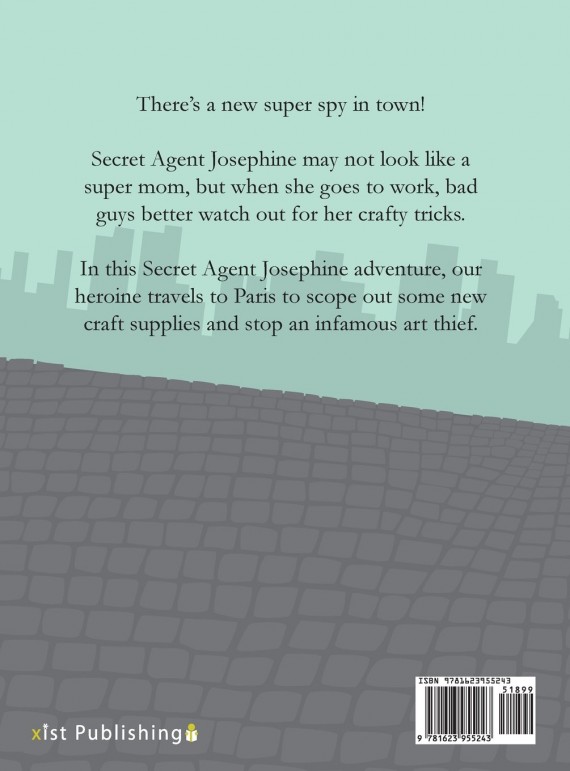 “Open it up,” I said. “Look at the pictures! My friend did all of that. Aren’t they cool? So bright and detailed, not at all babyish, right? Show me one of the pages you like so I can take a picture.” 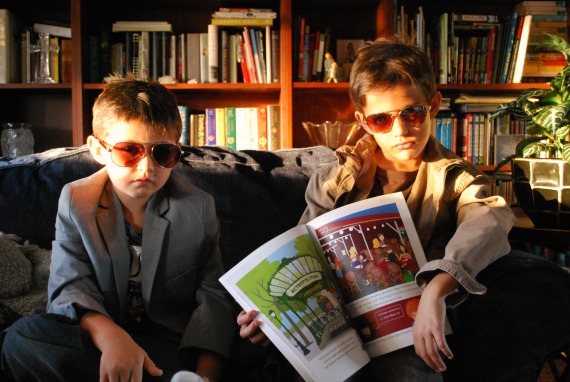 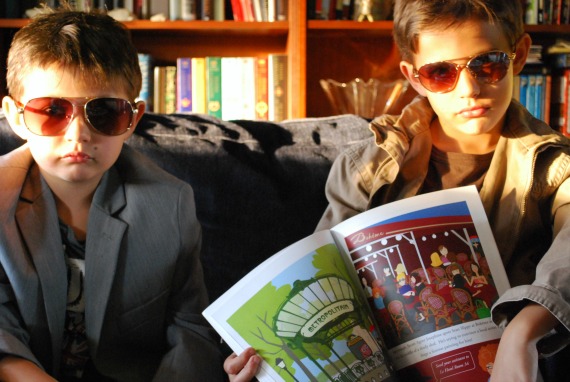 The pictures really are beautiful. It’s a nice change from the matte, washed out colors you see in books today and it fits perfectly with the crafting storyline. When I think of crafts, I think bright, happy colors. 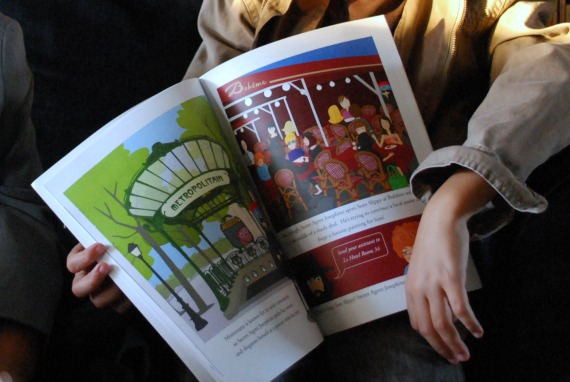 Oh, what’s this? Did some boys deign to look down at the book? 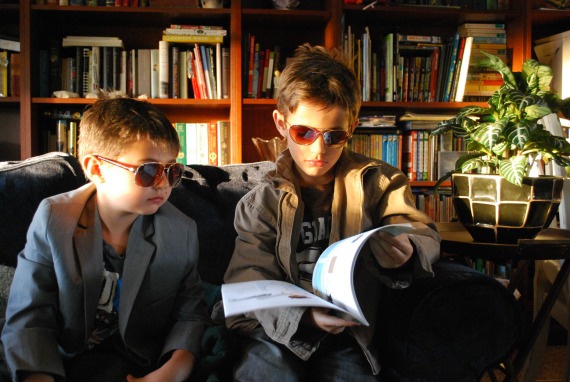 Surely such a girly book is of no interest. Watch Nico inch his way closer. 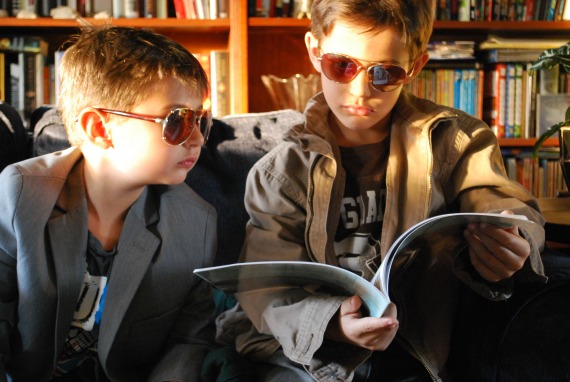 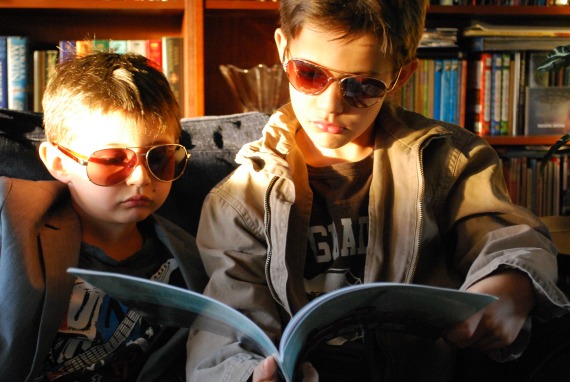 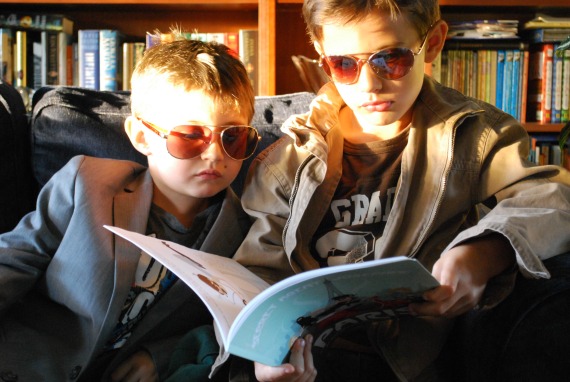 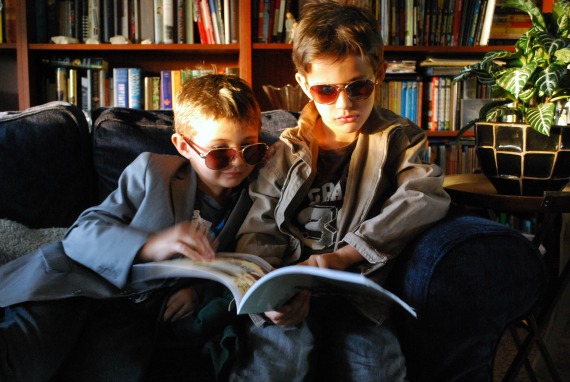 Careful, Nico, that smile makes it look like you’re enjoying the story. 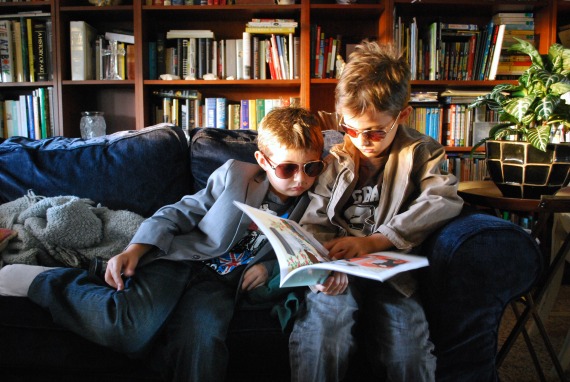 Might as well finish it since we got this far, I guess. 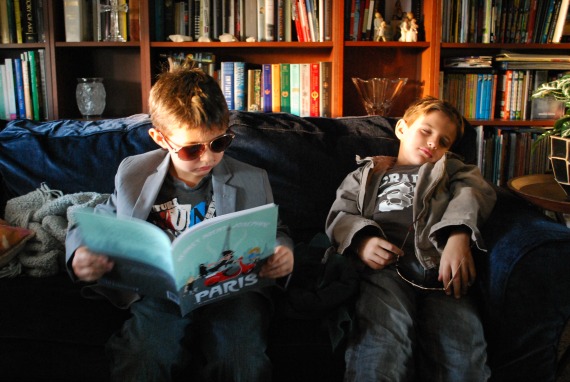 Mikey, having realized he might have been wrong for the first time in his life, passed out from shock.