I don’t have a set route when I walk. I pretend my sneakers are divining rods searching out photos instead of water. At the end of my walk I play Rorschach with the aerial map of my walk on endomondo. I have walks that look like donuts, infinity symbols, squares, and lap pools. One day, when I got home and the Mister asked me where I walked I said, “I walked a route that resembles the ovarian system!”

I also have a route that resembles a gigantic kidney bean. It’s a little over 2 miles with a fair amount of hills. Depending on how fat I want to make the bean, I also walk by a house where people may sell drugs from the garage. 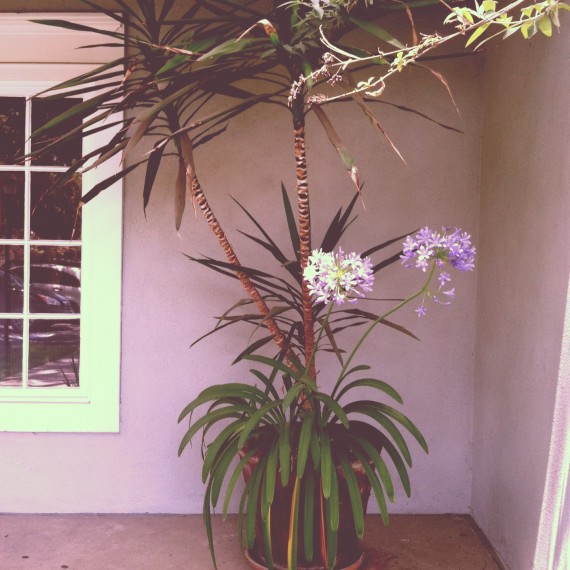 The house by itself looks like one belonging to an elderly couple. Grandmotherly clutter dots the porch and planters. An unstable wrought iron fence supports an assortment of cottage flowers and roses. Some of the flowers aren’t real. It is a brick house with enormous white shutters and a long time ago I did see an elderly couple puttering.

The cars, the frequent visitors that come and go quickly, and the garage makes the house look like one belonging to a different generation. I would frequently see the same couple of men chatting in the garage, sometimes with a woman. They didn’t appear to be typical fans of English country gardens. 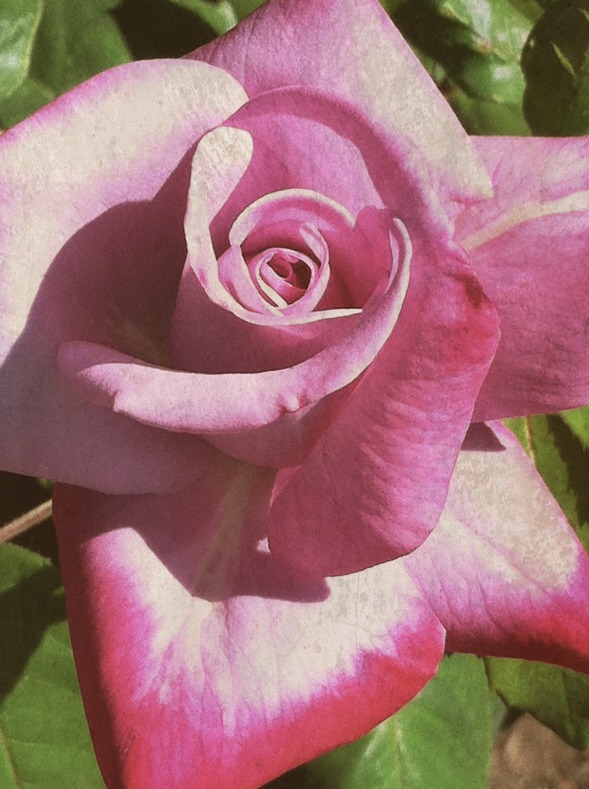 One day on my walk I noticed bags and bags of topsoil next to flats of flowers ready for planting. The woman and both men were standing in the front yard looking at the lawn, obviously planning something. Over the coming days I saw them dig up the front lawn in a way that didn’t seem to make sense. By the end of two weekends, the flower-filled holes had borders of white rocks. I didn’t know what to make of it, until one day I walked by–very slowly–and realized one of the rocks spelled out a word. Now.

As quickly and discreetly as I could, I tried to make out what the rest said. I was only able to make out the bottom line. Goodbye for now. The rest of the sentences were a jumbled mass from my spot on the street. You’d need to be airborne to read the whole thing, and for the briefest of moments–less than a second, really–I debated the wisdom of bringing a ladder on my next walk.

A few weekends later there was more planting. I took the kidney bean route again and noticed the new line was numerical. 1920-2013.

A memorial garden, then.

We drove by it one day on the way to one of our final baseball games.

“I’m pretty sure they sell drugs from that house,” I mentioned to the Mister as we drove past. He agreed. “And that’s a memorial garden. It says Goodbye for now and then the dates.” He made a sympathetic face followed by some generic sympathetic murmurs. “I’m going to find out the story behind that garden.”

The way I figured, anyone who inspires a memorial garden must be at least a little interesting. 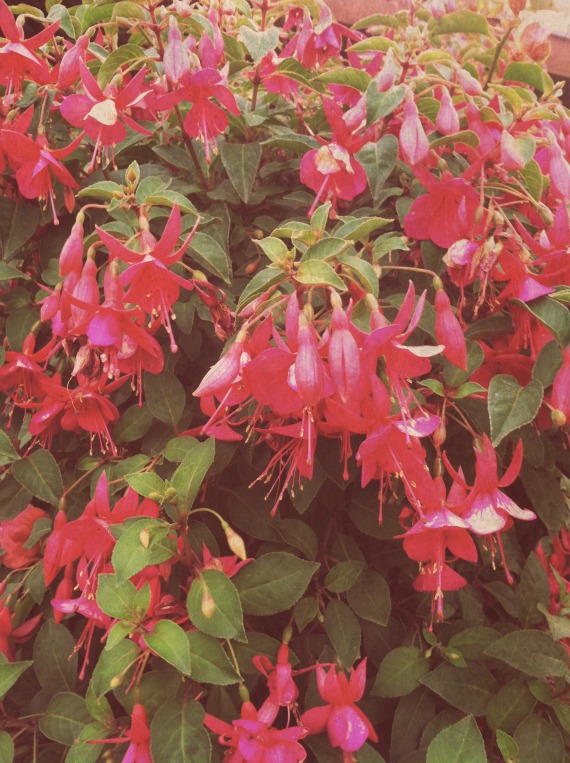 One day I was walking the kidney bean when I saw the woman crouched over the 2013, pulling at old petunias. She looked my age, though it’s possible she was younger. It was obvious we had lived different lives. Her shirt rode up her back while she pulled, exposing the soft flesh that folded over the waist of her shorts. She had her hair pulled back in a messy knot near the top of her head. Pieces of hair kept hitting her eyes; it bothered her. She didn’t wear gloves.

I walked past her and headed home. I stopped after 10 yards. Debated. Looked back and watched her pulling some more. Started walking again two steps forward and then turned on my right foot and started walking up the hill again. I stopped when I was in front of her and smiled. I said hello. She seemed surprised. I can imagine. She smiled back, unsure.

I introduced myself and complimented her on her yard. I asked her if it was a memorial garden for a loved one. She said it was. Her grandfather died and she planted the garden for him because he loved flowers so much.

“He was a plant doctor. A botanist, you know? He couldn’t get enough plants and flowers.”

I looked around the yard with a new appreciation for the overflowing birdbaths, potted plants, and overburdened trellises and arches.

“So, anyway, he was my best friend. He’d been sick the last few years and I moved in to take care of him. I guess I got a little emotional when he died. He’s probably so pissed off at me for tearing up his lawn. You can’t even read what it says unless you’re in a plane. I wasn’t thinking about that when I planted it. I wasn’t thinking how hard it was going to be to keep up, either.”

“Well,” I said, “I bet he appreciates the sentiment. And you can read at least some of it, or I wouldn’t have stopped to ask you about it. Besides, the message is for him and I’m sure he can read it just fine from Heaven.”

I took a gamble with that last sentence. For all I knew, she was an atheist. My rambling seemed to mollify her anxiety about the garden somewhat, so I didn’t offend her too much with my–admittedly juvenile–resort to talks of Heaven and afterlife.

She talked a little more and I listened a little more–her grandmother likes to come out and look at the garden–and eventually I turned to go back home. I once again gave her my condolences; she once again started crying. She thanked me for stopping because it made her happy. I shrugged my shoulders and smiled, feeling guilty because I stopped partly because I was nosy.

Two weeks later, after having walked some spaghetti, a couple of donuts, and an infinity, I made my way past the plant doctor’s house. The woman was outside talking to the men. From across the street our eyes met. She broke into a huge grin and stood on tip-toes to wave at me as if from a very long distance. I did the same even though we were only, physically, 25-feet apart. Then she turned back to the men and resumed her conversation and I kept walking the round side of a kidney bean. 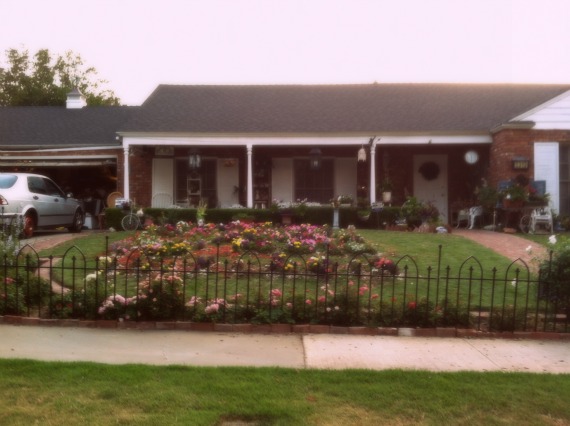 Day 116: Huh? Not even a little Pug? #rescuedogsof