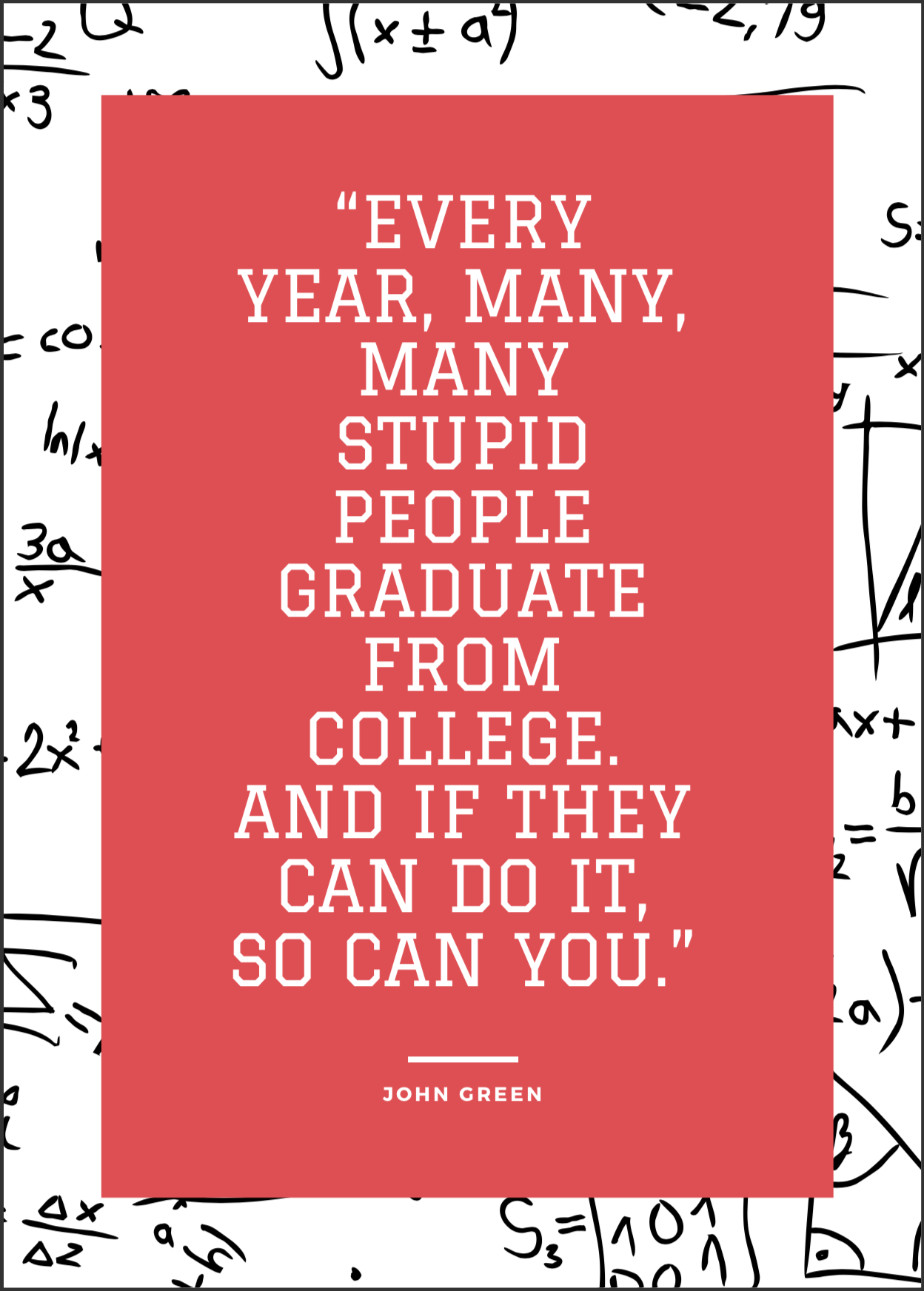 I was a mediocre tennis player in high school. I often choked under pressure and didn’t relish competition. I had no desire to play tennis in college and went to a small private high school. We competed in a bottom tier league full of similarly talented players. I played during the offseason to keep my skills up and progress in rank, but I had no desire for state or regional glory. The balance sheet in my head told me the added stress and commitment wasn’t worth it if I didn’t plan to play competitively in the future. Whether this was my INTJ personality formulating excuses to appease my perfectionism and avoid the risk of failure is up for debate. Without a doubt, it’s possible. All I know is that I had fun. I made my teammates laugh, and they gave me the most inspirational/team spirit award at the end of the season. I turned bright red and made a self-deprecating joke as I reached for my plastic trophy.

At some point, I joined the Spanish Club, though I don’t recall attending any meetings except for the one where we took a group picture for the yearbook. In the photo, my hair is a gigantic curly mess, and I’m wearing an ugly patchwork sweater that, at the time, was the height of fashion. I didn’t participate in any other activities that I can recall.

My grades were okay, especially in English Language Arts. My SAT scores were strong, but nothing extraordinary. I know I did far better in English and writing than in math. I don’t remember details, but this was a long time ago. For me, looking back on high school is like staring into a foggy mirror. I know I’m in there, but it’s all a blur.

I read a lot, far more than my peers. I skipped most parties but listened to music and made mixed tapes. I went to the movies and hung out at the mall. I worked on my tan and laid out by the pool. I traveled with my family for two weeks every August. I was timid and introverted, but overall I was a typical teenager. I graduated (middle of the pack?) and went to an excellent university.

Today I wouldn’t fare as well. I know this because we recently had a telephone call with a college coach, something we hadn’t considered until we heard it was part of my husband’s benefits package. When a friend asked me how it went, all I could say was that it was everything we feared but didn’t want to contemplate.

My favorite parenting book of all time is Simplicity Parenting by Kim John Payne. It’s my standard baby shower gift, and I recommend it to any parent willing to listen to me talk about slowing down. That book changed me. The college process is asking me to pluck my favorite book off the shelf and light it on fire.

We are late to the college process. We should have started in middle school. We should be working off a plan and creating an identity package and thinking strategically. It’s not enough to have good grades or be a good kid. Teenagers today need to invent Google 2.0 or swim backstroke while playing the violin at the Olympics. Mikey plays clarinet, and we don’t have a pool.

Right here. Right here at this sentence, at this painfully restrained string of words, is where I should stop writing. I should turn off my computer and read a book or listen to music or create a Spotify playlist since mixed tapes don’t exist, and all the malls are closed. Instead, I will sit here and ask the internet if anyone else wonders what we are doing to our kids.

I know good, smart kids who didn’t get into the colleges of their choice–and they weren’t aiming exceptionally high. To be fair, I also know good, smart kids who played the game and got into fantastic schools. The college coach told Mikey that while he appreciated his humble attitude as a character trait, it wasn’t going to get him into college. “You need to sell yourself, really make yourself stand out. Don’t forget; you’re competing against the OC kids. Colleges need to believe you’re special.”

He is special, they all are, but that argument won’t get anyone into college.

You spend your time as a parent regretting the past or worrying about the future. Occasionally, you get to do both. Should we have pushed the extra-curricular activities? I knew I should have sent him to that fancy science camp! What if he doesn’t like his chosen major? Fifteen is too young to know what you want to do for the rest of your life! Years ago, I got off the roller coaster. I didn’t think to worry about the people still willing to ride or that the barker was on the admissions committee.

I am confident both my sons will be fine. They’ll graduate from great colleges and have great jobs and become great people. But a part of me is sad; they may not ever have the opportunity to be okay with good. They may not want to take a class just because it sounds interesting, or read a book without linking it to their Goodreads account as proof, or make a playlist with their favorite songs because everything is traceable! What would the UC system think if they knew that in 2011 they were really into Minecraft parody songs? It would not do. It simply would not do!

What a blessing it was to be a typical teenager, growing up anonymously with books and music and a thoroughly mediocre tennis game.

« Turmoil Beyond Reproach
One Year of Ugly »