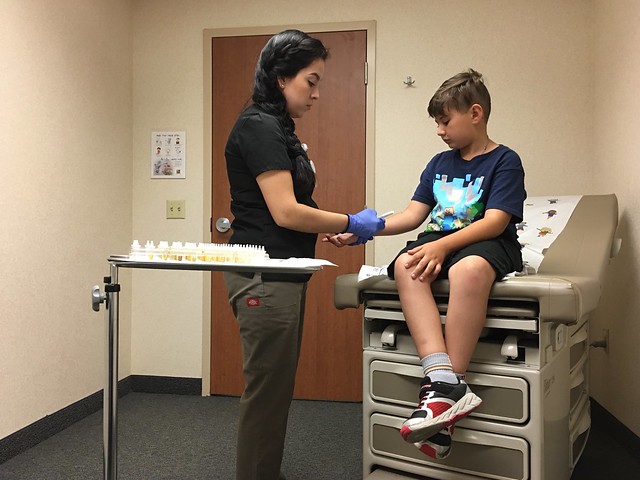 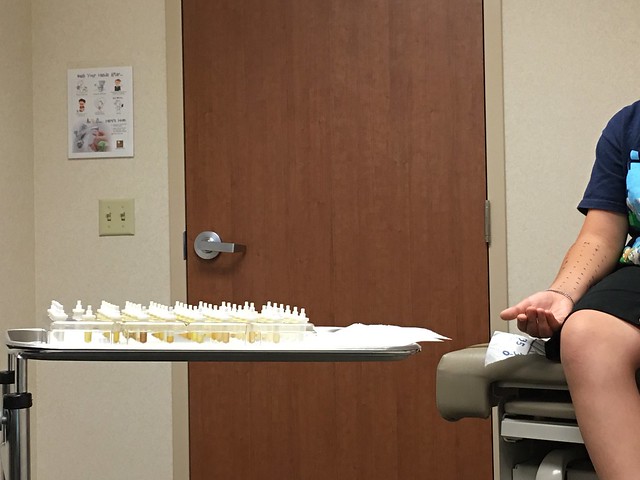 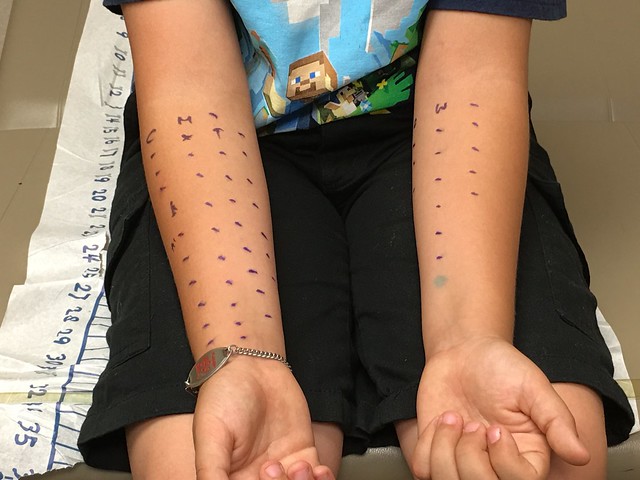 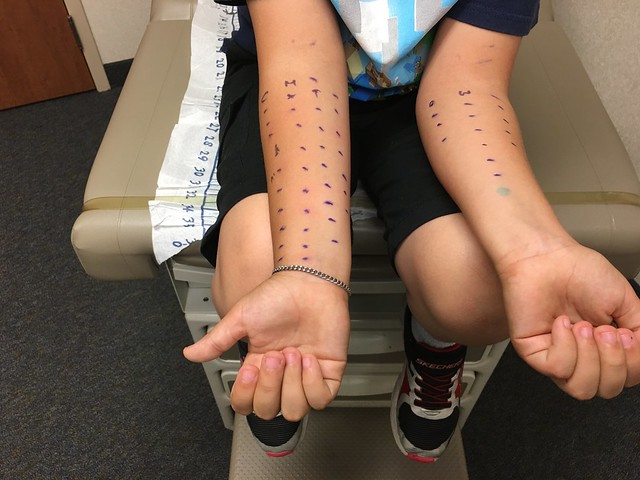 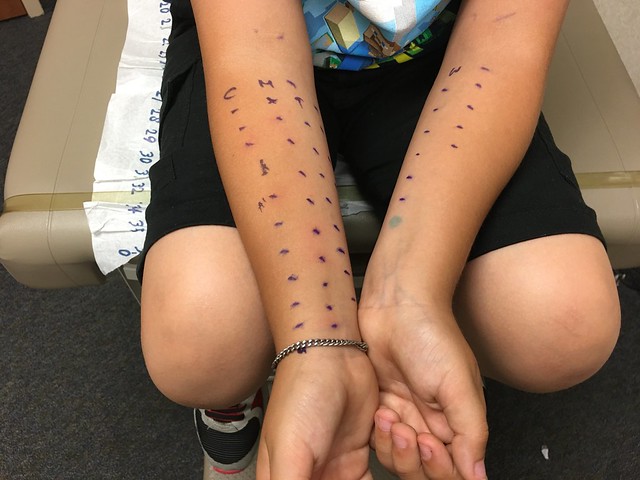 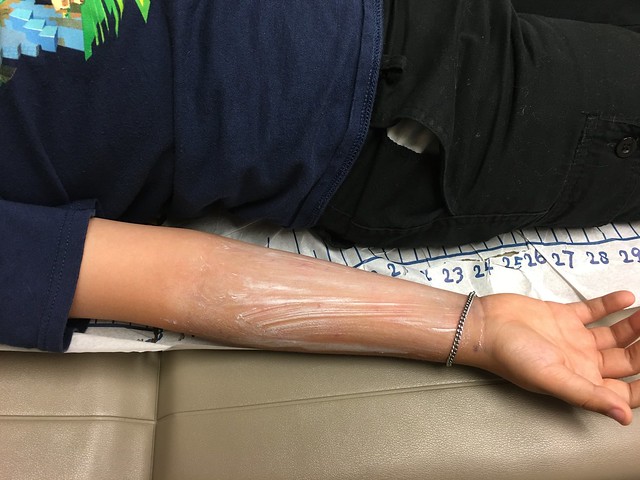 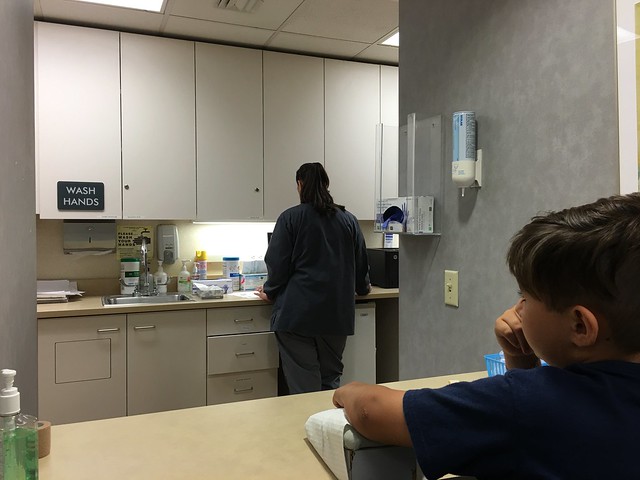 I have 57 shelves left in the library to do, not counting the nonfiction section. I’m back to being a little discouraged. I’ll do the best I can, and that’s that. I’ll work on nonfiction when school resumes, minus the Who Is/Who Was books. I created records for those before school ended, since they are so popular with the kids.

Nico had his appointment with the allergist. It was okay, except for the part where I felt like a crazy mom. There was a part of me last week that thought Nico threw up because he ate too many cherries (Occam’s Razor, and all that). His allergist believes this is the case. He feels I’m overly attuned to Nico’s reactions to food (rightfully so, he was quick to add) and that on Wednesday everyone jumped to the wrong conclusion because of his history. Diagnosis: he ate too many cherries. “If you look at the serving size of cherries, it’s probably five,” he said.*

He didn’t just jump to the conclusion that Nico ate too many cherries. He first considered oral allergy syndrome, so we scratch tested him for the most common cross reacting allergens. He was positive for a number of molds and olive, but not birch, grass, or ragweed. At the end of the appointment he had blood drawn to check for a rare, very unlikely, cherry allergy.

I’m fine with his doctor thinking I’m overreacting because, if I look at it objectively, it would make sense. Any parent is within their rights to freak out if their child goes to the hospital with a severe allergic reaction at two and eight years of age. But he still can’t tell me what happened in Lake Tahoe other than he thinks it was a misdiagnosis, and that bothers me. When I showed him a patch from an allergy test in April that never went away, he could only explain it as an unexplained immunological event.

Dude, give me something. Anything! I’m a doer and a fixer, so all this “unknown” this-and-that is making me feel crazy and childish. Like, I’m freaking out over nothing.**

Also, maybe don’t say, “You carry an epipen with you at all times, so you always have a plan B.” 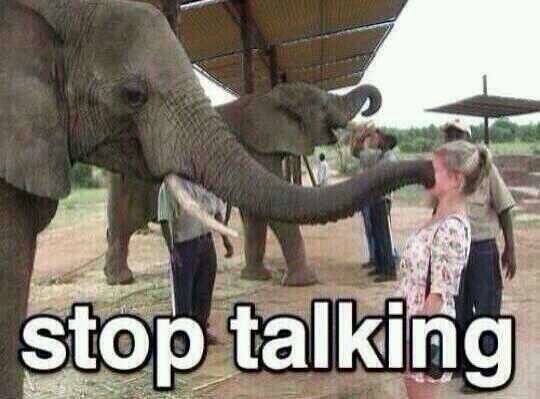 *The serving size is twenty five cherries, but I’m assuming that’s for an adult.

**Nico is a champ. He doesn’t complain and doesn’t let anything get him down for long. His attitude is “Oh well, won’t eat that anymore!” While I appreciate his carefree attitude and wish I was more like him, I still want to figure out what, if anything, happened last summer. I don’t want to restrict his life or take away foods if it’s not necessary, and all the blood tests now say it’s not necessary.