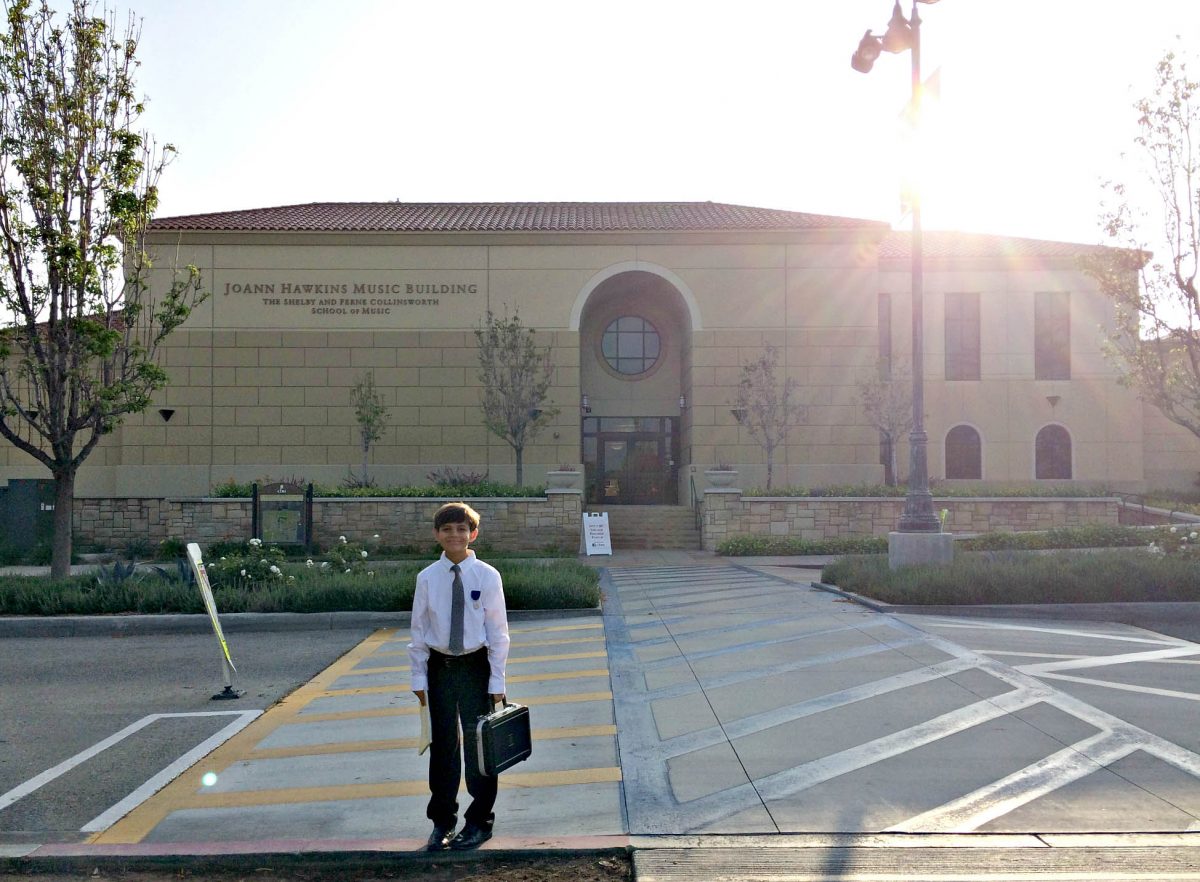 Last May, at a ridiculously early hour, Mikey and his music partner performed at the Southern California School Band and Orchestra Association regionals held at Cal Baptist University. They played well, scoring an Excellent, despite Mikey playing with a reed that looked as if it had been gnawed on by a rat. He didn’t have an extra reed because he “forgot” them. The Mister flew home to grab them only to discover that when Mikey said he “forgot” his extra reeds, what he really meant was that he “lost” all his extra reeds. His music he didn’t bring because, “I have it memorized.” I welcomed the news like a fart in church. 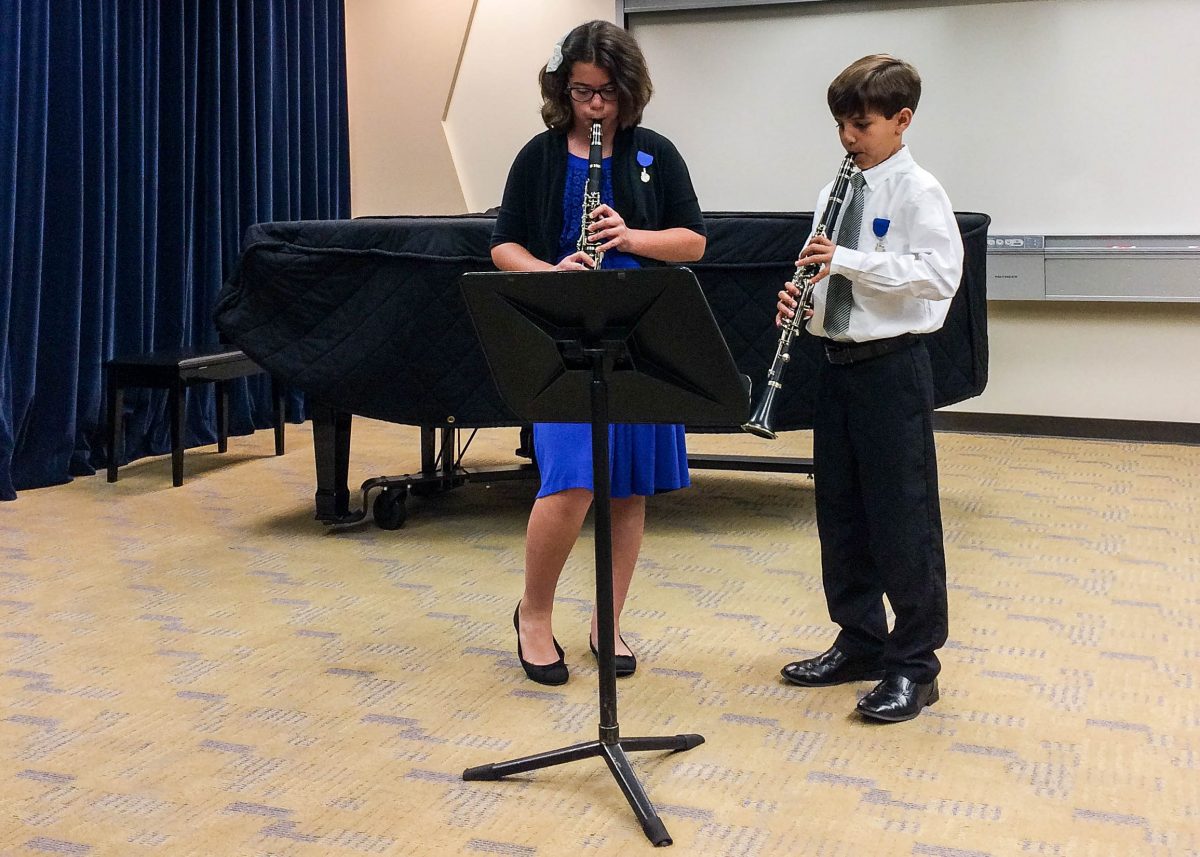 His partner took it better than I did, probably because his sound wasn’t poor. I’m not sure what sort of wizardry he did with spit and tongue, but he managed to mask he was playing through what amounted to swiss cheese. Can I just say love Mikey’s partner? She’s such a sweet girl, very academic yet still fun, and she made sure her new dress matched her Superior ribbon from their first performance. I mean, honestly. When I pointed out how well they matched and asked her if she planned it, she gave me a huge grin, patted her ribbon and said, “Obviously, Mrs. Kendall!” 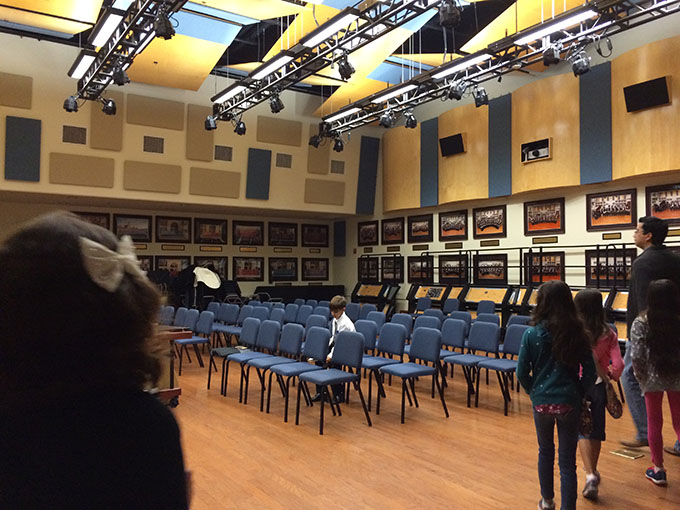 Fact: performing at a private university with a music department is nothing like performing in the science lab of a high school in a bad part of town. Even Mikey noticed the difference, and he gives decor the same attention he devotes to spelling homework. “Velvet curtains!” he exclaimed. “This is way nicer than the plastic skeleton!” 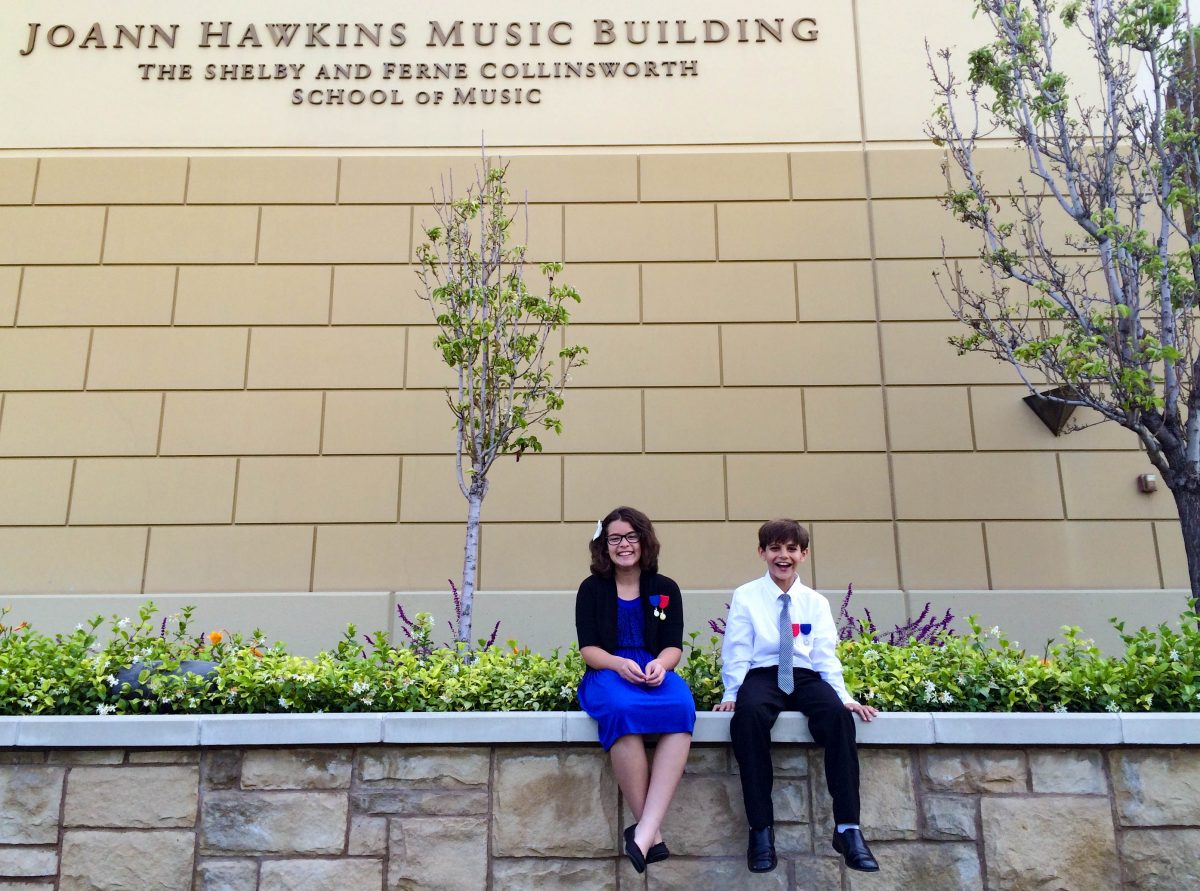 The judge this time around was very nice. Much nicer than the judge they had for my Mom Moment, if I do say so myself. He actually seemed to enjoy children and humans in general!

As for me, I only had two Mom Moments. One you can hear in the video. The judges always pick on the mom! The second is just ridiculous. I was trying to take a picture of the kids with the music building in the background. I may have repositioned them several times, with the last time requiring me to step on what I thought was a stable valve box. It wasn’t. I ended up dropping into 6 inches of mud and water. The picture, my favorite of the day and which I get bonus points for taking while falling, isn’t of smiling faces that say we’re so proud all our hard work paid off! It’s more like OMG Mrs. Kendall almost ate it or Ladies and gentlemen, that’s my mom.

Regional Festival | 2015 from Jules on Vimeo.

Day 144: Today is the official last day of summer