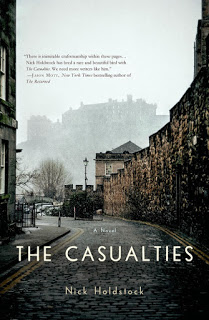 In Nick Holdstock’s The Casualties, a man recounts the final weeks of his neighborhood before the apocalyptic event that only a few of the eccentric residents will survive.Samuel Clark likes secrets. He wants to know the hidden stories of the bizarre characters on the little streets of Edinburgh, Scotland. He wants to know about a nymphomaniac, a man who lives under a bridge, a girl with a cracked face. He wants to uncover their histories because he has secrets of his own. He believes, as people do, that he is able to change. He believes, as the whole world does, that there is plenty of time to solve his problems. But Samuel Clark and the rest of the world are wrong. Change and tragedy are going to scream into his and everyone’s lives. It will be a great transformation, a radical change; and it just might be worth the cost.Written by a rising literary star whose work has been published in notoriously selective publications such as n+1 and The Southern Review, The Casualties is an ambitious debut novel that explores how we see ourselves, our past and our possible futures. It asks the biggest question: How can we be saved? 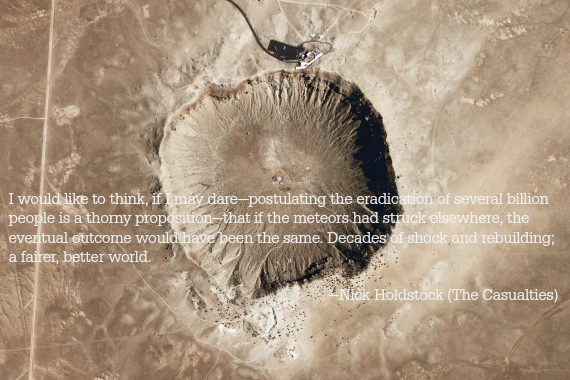 The Casualties is the rare post-apocalyptic novel where life is better after then end. The end being August 2, 2017, the day a shower of meteors struck “North America, Europe, and Australia, and nowhere else (excepting the small fragment that struck poor Socotra, ‘The Island of Bliss,’ whose people had never attacked or enslaved anyone, and which had such beautiful trees as anything…).”

The world benefited from the unexpected tabula rasa, and this is why the real story is what happened before on Comely Bank in Edinburgh, Scotland, back when Samuel Clark, murderer, believed if you studied something enough, learned its history enough, attempted to fix it enough, it would get better. It doesn’t. Sometimes you need a fresh start. 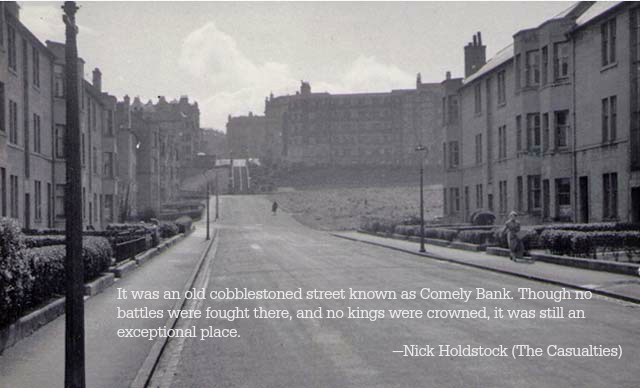 What made Comely Bank exceptional was the small pocket of eccentric residents. Samuel was one of them.

Whilst most of its people were wholly of their timeóin that they did not believe in God, had small families, took holidays to faraway places, enjoyed electrical consumer goods, believed in things like equality, democracy, and the worth of the individualóthere were a few who stood out. This was partly due to the way they looked) their size, their face, the way they walked), but mostly because their ideas went against the grain. They worshipped God, wished for death, or were chaste. They refused to own property.

The nymphomaniac, the man who lived under a bridge, the girl with a cracked face, and many others were worth remembering. People you remember after the world ends deserve to be called exceptional.

The novel is in two parts. In the first part, we meet Samuel and the exceptional people of Comely Bank. Samuel runs a used bookstore/charity shop. He thumbs through the pages of discarded books, looking for history and meaning. Slowly, over years, he finds snippets of history belonging to some of Comely Bank’s most eccentric residents. He collects everything he finds in a chest–a pandora’s box of history. He uses what he finds to change the future.

In the second part, we learn the role Samuel plays in his neighbors’ death or survival–and it doesn’t happen quite like you think it will.

The Casualties is a book that can’t be categorized. The narrative is nonlinear. It’s a book about the weeks before the end of the world–a world that is better for having lost nearly everything and everyone. The book’s uniqueness is what made it so enjoyable. My only problem with the book was the ending, oddly enough. The writing throughout was tight and precise, but the last chapter became increasingly stream-of-conscious as the past and the present narratives collided. The intent, I imagine, was to finish the book on a crescendo as all the pieces rapidly slid into place. Instead, I was left feeling like one of the casualties, knocked about from page to page and waiting for the end to come.

« Back Fat
Everything, Everything by Nicola Yoon »