I’ve been wanting to purge my books for 6 months, maybe longer, but I put it off because it wasn’t necessary. That changed last week during our Easter vacation. This is not news if you follow me on Instagram or Facebook, where it seemed like I was doing a real-time live purging. I was, kind of. Hey, it’s boring and confusing picking over 970 books. I say 970 books because two weeks ago Mikey had to count all the books in our house for a math assignment. He fudged it after the 800s, but it’s fair estimate. 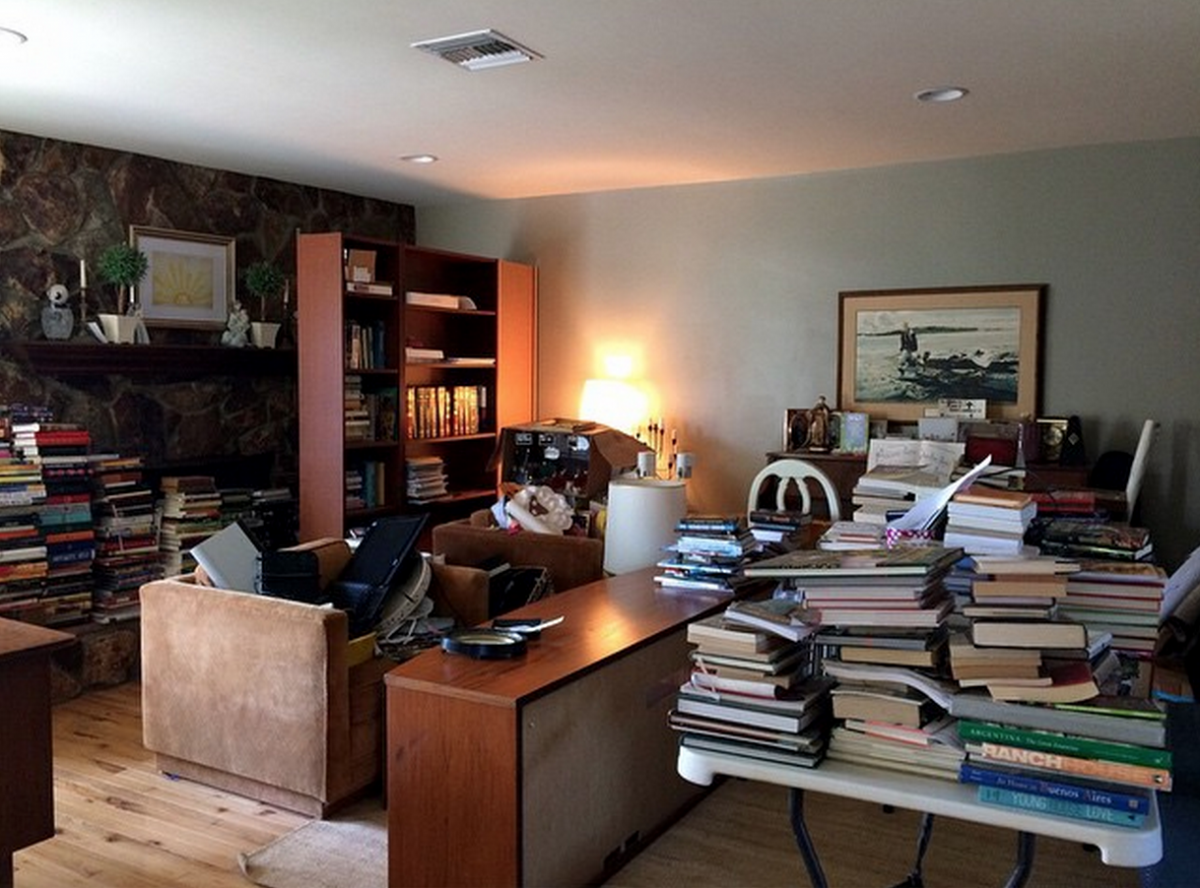 I’m deep into the world’s largest pitcher of Kool-Aid: The Life-Changing Magic of Tidying Up: The Japanese Art of Decluttering and Organizing. Many logically assumed my purge was a result of becoming a Konvert–that’s what they call themselves, and it reminds me alarmingly of Claymates*–but my motivation was more mundane, less life-changing. We got new carpet put in the family room.

That’s pretty much it. We had to remove all the furniture, including the bookcases, so it seemed like a great time to do what would otherwise be easy to put off. I didn’t even read the book purging section of the book until I was done, but I did okay. (Full review on the book coming soon.)

My goal was to reduce our library by half, and I think I did it! I didn’t, and won’t, count the books I have left. I know that I donated eight stuffed shopping bags to the school, five to Goodwill, and three to a drug rehabilitation center. I was ruthless, thanks in large part to encouragement from everyone on Instagram and Facebook. When I waffled, they reminded me of the end goal. Louise was especially helpful when I debated giving away a John Irving novel I didn’t love. John Irving is my favorite author, and I thought I should keep the book so that I had a complete collection of his work.

I had a hard time splitting up a collection of books by an author, but once I did it, I quickly realised it was a good choice. There will always be the library or ebooks. It helped me to think of it in terms of curating a “five-star” collection. In reality I am aiming for a “four-star” library – all the books should be either four star or five stars, with the occasional sentimental three star book creeping in. No keeping stuff you don’t love.

Pretty great, right? I used that as my mantra throughout the purge. It made so much sense, and made getting rid of books much easier. I also learned something about myself, which was unexpected but exciting. Even a bit surprising. 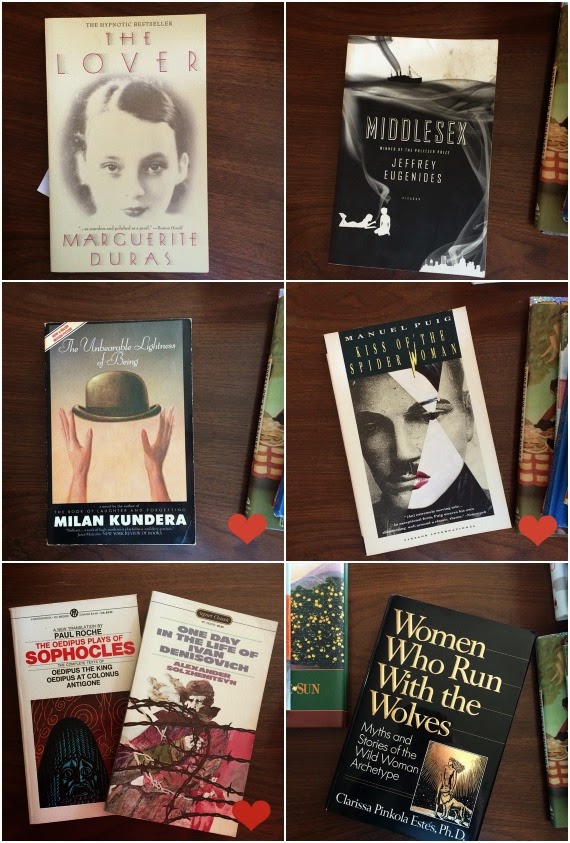 ALL I NEEDED TO KNOW ABOUT MYSELF I LEARNED WHILE PURGING BOOKS: 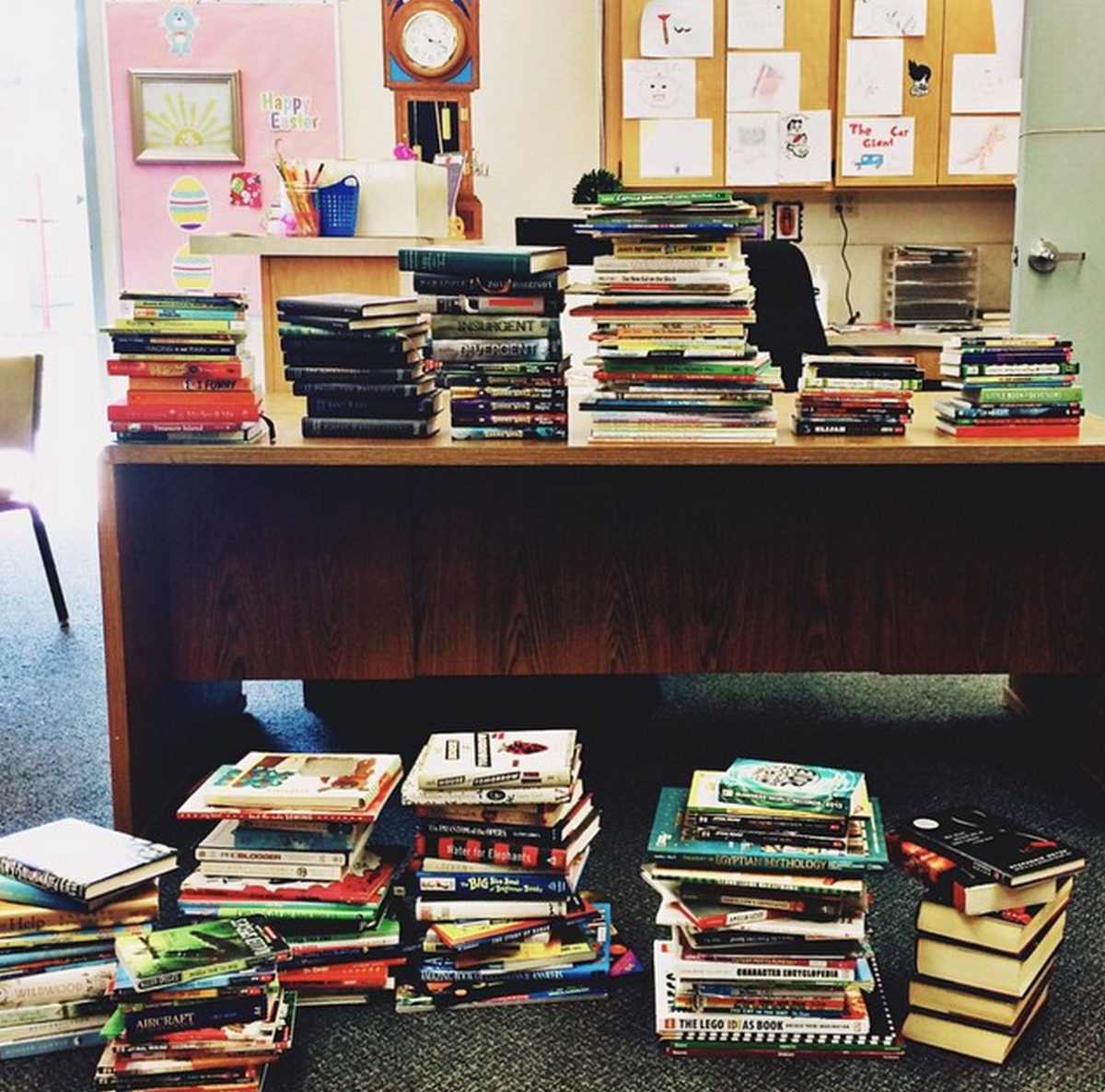 Final picture of all the books in the library. There are so many books, and yet in the picture it looks like a small pile. Oh well. I hope the kids like them!

* I had to google a link to Claymates in case someone didn’t remember that magical moment in time. In doing so, I fell down the deepest of rabbit holes. So deep. I know about his congressional run, his ex-boyfriend, and his ever-combative hair.

« Where to Get Cheap Books
Poop »