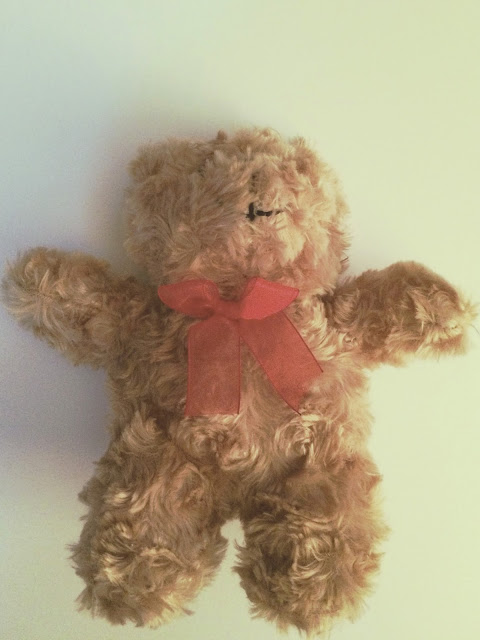 On Monday Mikey rushed up to me at the end of school waving his winnings from a computer class auction: a small stuffed bear. On the outside I smiled, congratulated him, and told him it was awesome. On the inside I wondered why on earth he wasted class “dollars” on a stuffed bear. We already have so many stuffed animals; we don’t need another one.
The bear was a hot item on the auction block for some reason. I looked around at the other parents waiting for their children and gave them a look that said I took one for the team with this bear, so you all owe me.

I vowed to keep my mouth shut about the bear and lasted a grand total of 7 minutes.
“So, Mikey. That is some awesome bear. What else was up for auction? What made you pick a stuffed bear?”
“Well, there was a jumbo bag of Cheetos, which I also won.”
“Yes, I noticed the Cheetos.”
“Well, the bear, well it’s pretty obvious why I wanted to win the bear so bad. I thought it would be perfect for Buddy.” 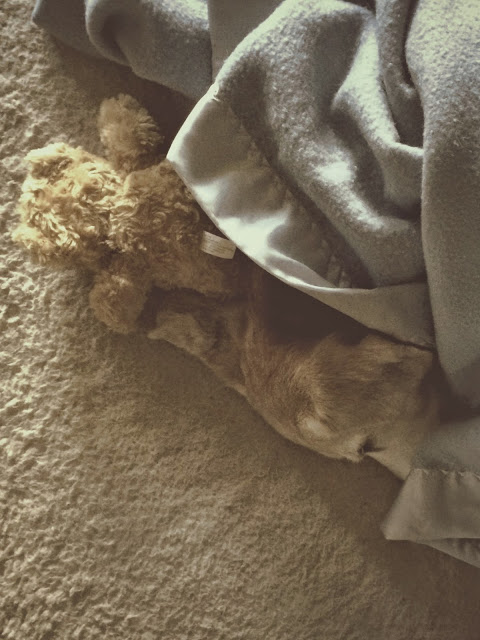 I’m glad I asked instead of continuing my internal grumble.
Mikey went straight to Buddy when we got home and introduced him to his bear. Up until Buddy was about 10 years of age, we couldn’t give him or Buster a stuffed toy and expect it to last more than 15 minutes. They tore them to shreds every time. Now, at 14.5 years, Buddy doesn’t care one way or the other about stuffed toys. He just sniffed the bear, ascertained it wasn’t food, and went back to resting. Later that night, Mikey insisted that Buddy needed his bear to sleep. 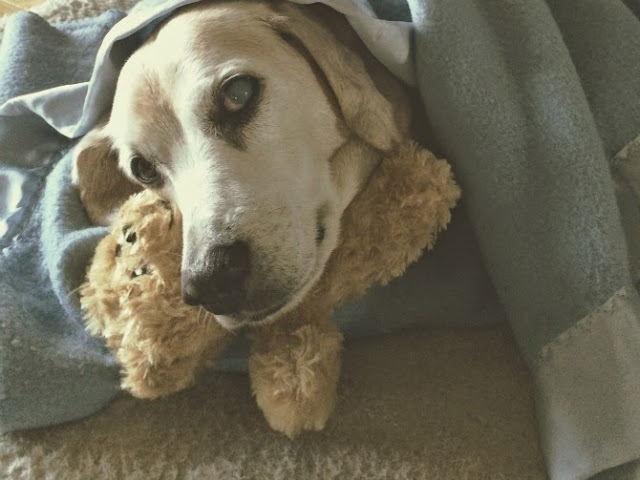 The nest morning Buddy was still there with his bear and blankets.
“Mom, did you notice how well Buddy slept last night? I didn’t hear him bark or cough once. I think he’s lonely now that Buster is in heaven, so the bear helps. I’m glad I got it for him.”
Me too, Mikey.

« I’m Still Blogging, Just Not Here
The Call of the Wild »