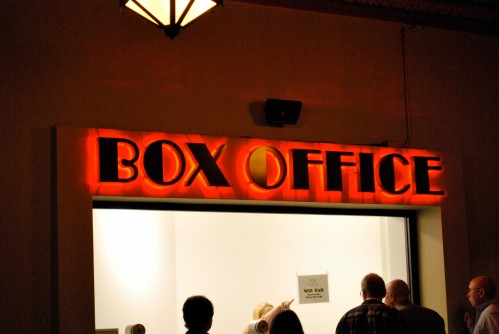 I received the flyer about the reopening of the Fox Theatre last summer.  Now billed the Fox Performing Arts Center, during the 30s it was one of the more popular performance theatres in southern California and the site for the first public screening of Gone With the Wind.  The Fox closed for restoration and renovation in 2007.  In January 2010 the theatre once again pulled back its red velvet drapes and when I first spotted the flyer detailing the year’s lineup, I opened it expecting to see Pat Benatar’s face pouting back at me. 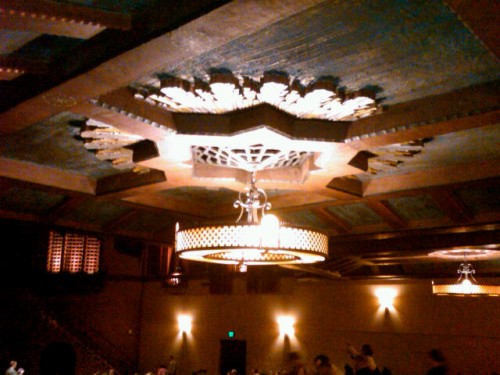 I didn’t see Pat Benatar.  I looked, rubbed my eyes and looked again.  Then I died, came back to life, ran over to The Mister, waved the flyer like a winning lottery ticket and said this is what you are getting me for Mother’s Day next year. 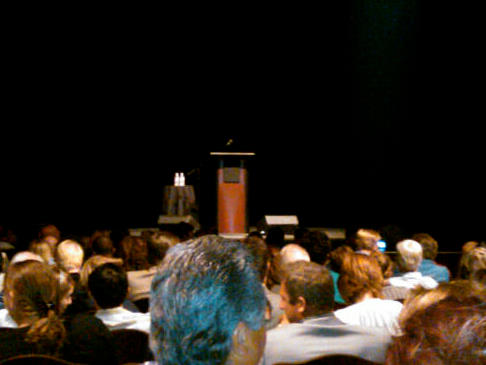 And that is how I found myself in the center of the orchestra section on May 6, 2010 waiting to hear David Sedaris give a reading. 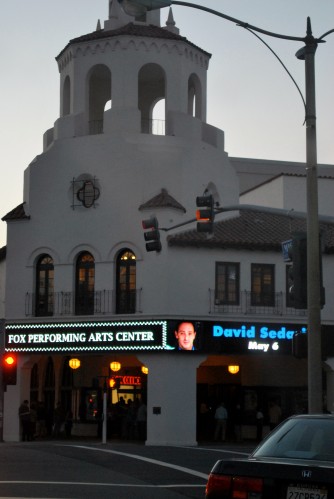 I would like to say I was cool and collected about the whole thing.  Jaded, if you will.  But really, people don’t pose with their tickets to a lecture unless your 15 and one of the Jonas Brothers is doing the reading. 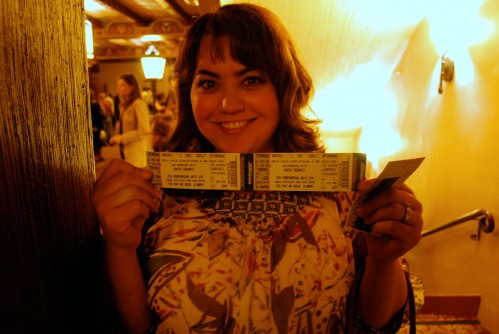 The Mister went with me, brave soul.  I don’t want to say The Mister isn’t a reader because he is.  He just reads books on business or leadership or anatomy and the electroconductivity of the heart.  In other words, he reads things I consider a monumental bore.  But he was a good sport and agreed to go after only once suggesting that I go with my mom.  Or a friend.  A neighbor. 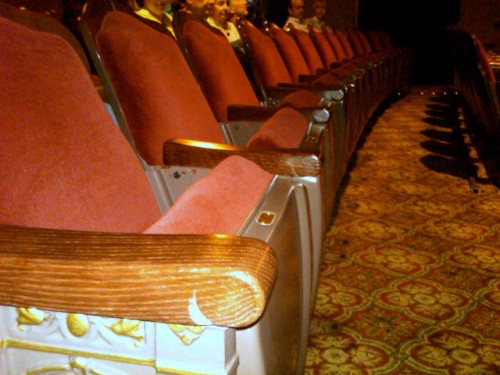 David Sedaris has a strict policy against recording and photography so I’ve got nothing.  But that’s okay, because when he walked onstage I turned to The Mister and sagely observed, “I can’t believe that’s David Sedaris.”

I would have been no good with a camera. 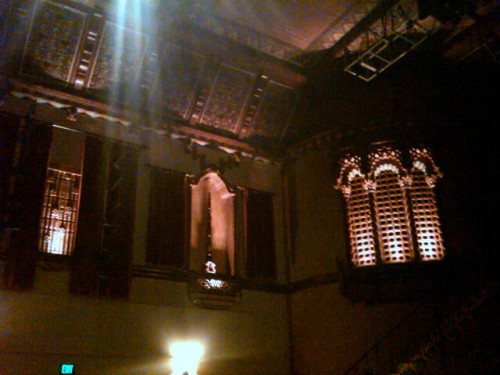 He’s about 5’6″ (still taller than me) and walked onstage with a man’s gait and the confidence of one who is about to do something he loves.  The audience clapped furiously and didn’t stop, not while he set down his blue file folder of essays, not while he opened a bottle of water and poured himself a glass in preparation of the hour ahead, and not while he took a sip.  They stopped when he put the glass down, smiled a shy smile out of the side of his mouth and said, “Oh.  Oh {tee-hee}, thank you.”

This said in the softest, gayest voice I have ever heard in all my life.

One time in the eighth grade James Vaccaro turned around in his seat in the middle of English and told me I was cute.  You know what I said?

I’ve seen David Sedaris on Letterman and listened to him on NPR.  I’ve heard his voice.  In the many years I have listened to him did I ever think his voice teemed with testosterone?  No, I can’t say that I did.  Still.  People, still.  Thursday’s introductory thanks and giggle floated out of his mouth on pink, puffy clouds that lingered overhead.  I plucked one from the air.  It tasted like cinnamon.

Then I turned to the matter at hand and using my powers of mental telepathy told Dave he was going to have to either (a) lose the singsong falsetto or (b) read essays of undeniable hilarity and talent because we were going to lose The Mister in T-minus 7 minutes.

I am pleased to report that my ability to control minds remains intact.

In short, the night was amazing.  David Sedaris, with his normal voice, read two fables from Squirrel Seeks Chipmunk, the book of illustrated fables scheduled to release in October, and at least two other essays, including “Author, Author?“  (He reads with far more passion and excitement in real life.  In the clip I linked to he is almost reserved.)  Each reading was funnier than the last and it was The Mister, head thrown back and hands clapping, who laughed the loudest and the longest.

Later that night, after asking him for the 32nd time if he had a good time just because I liked the answer, he smiled and said yes.

“I know I don’t read fiction or essays or much that isn’t business related, but that I would enjoy reading.  That was a great; we need to do stuff like that more often.  Great idea, Jules.”