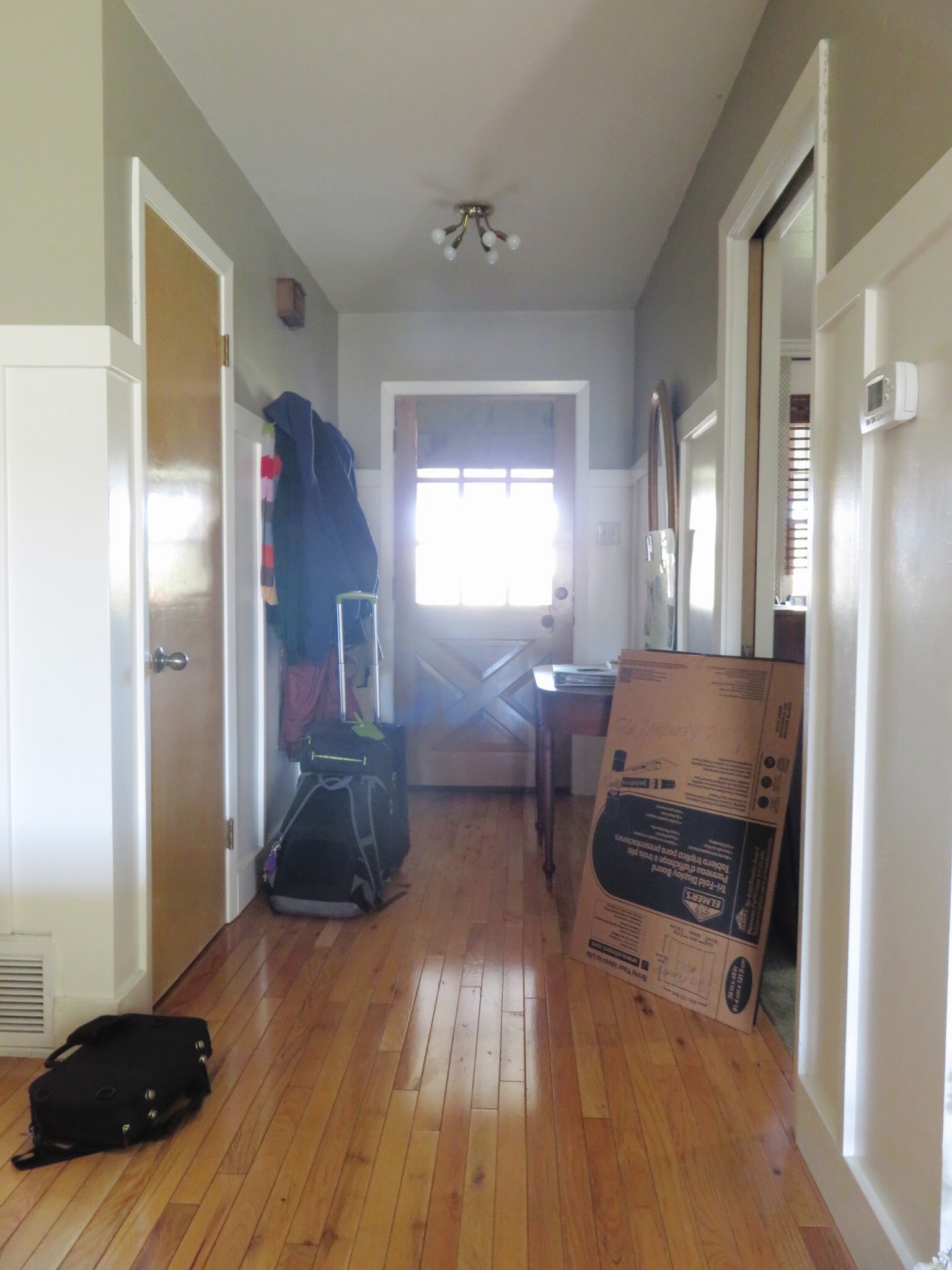 I was able to check off two more projects before the party on Friday! The entryway and family room are officially Good Enough/Party Decent. I thought I was doing a big project/little project, but they both ended up quick and easy. You wouldn’t believe it by looking at the before pictures, but it’s true! From start to finish, I spent under two hours on both rooms, and even snuck in work on a third project. 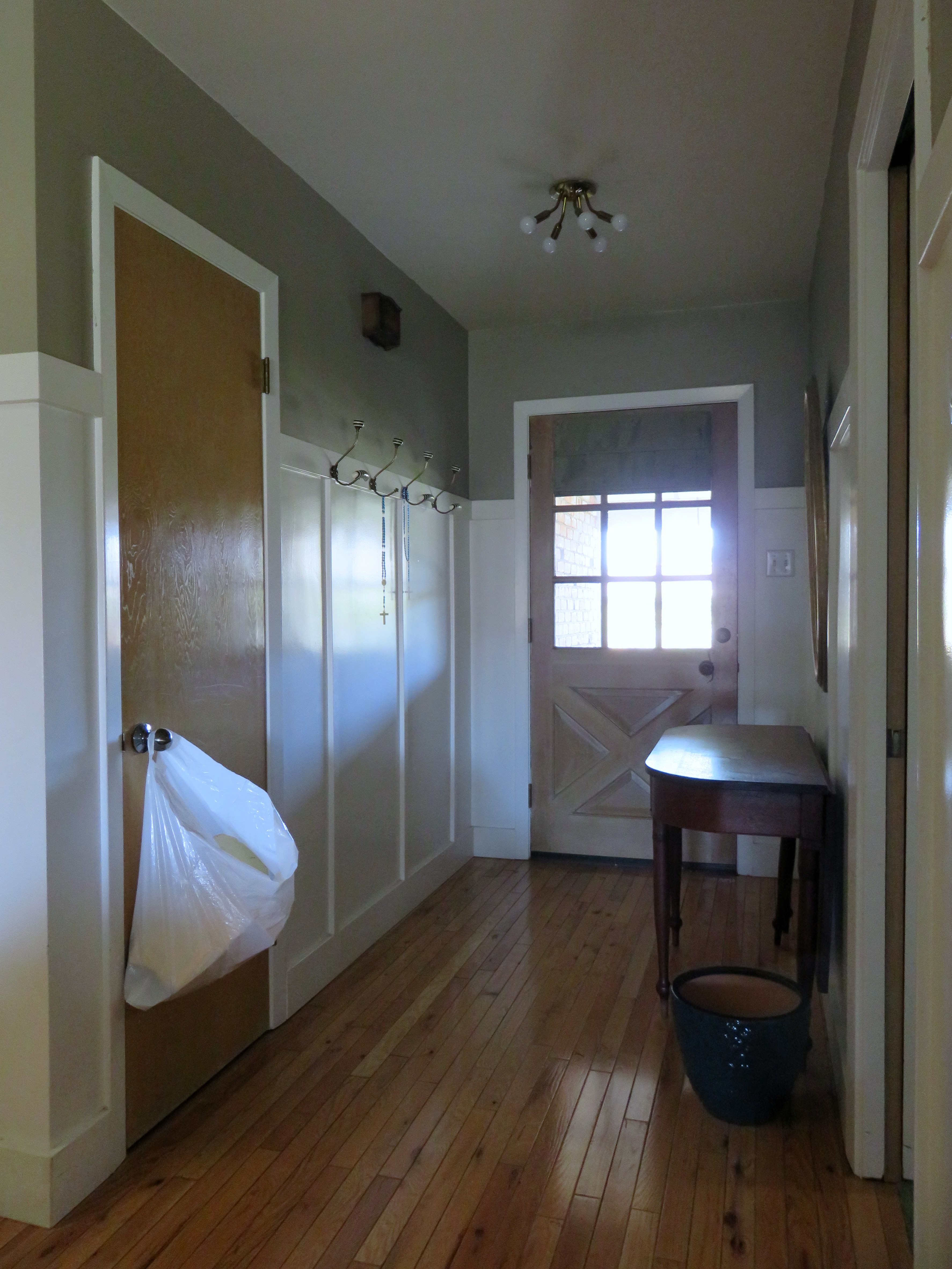 Cleaning out the entryway was as simple as putting away the science fair boards, school paperwork, and 12 jackets, sweaters, and coats littered everywhere. It went so fast that I barely grumbled at discovering my empty flower pot had become a makeshift sports equipment/academic decathlon flashcard container. The only thing left for me to do was to move the table into the family room. It was a clutter collector and was too large for the space. 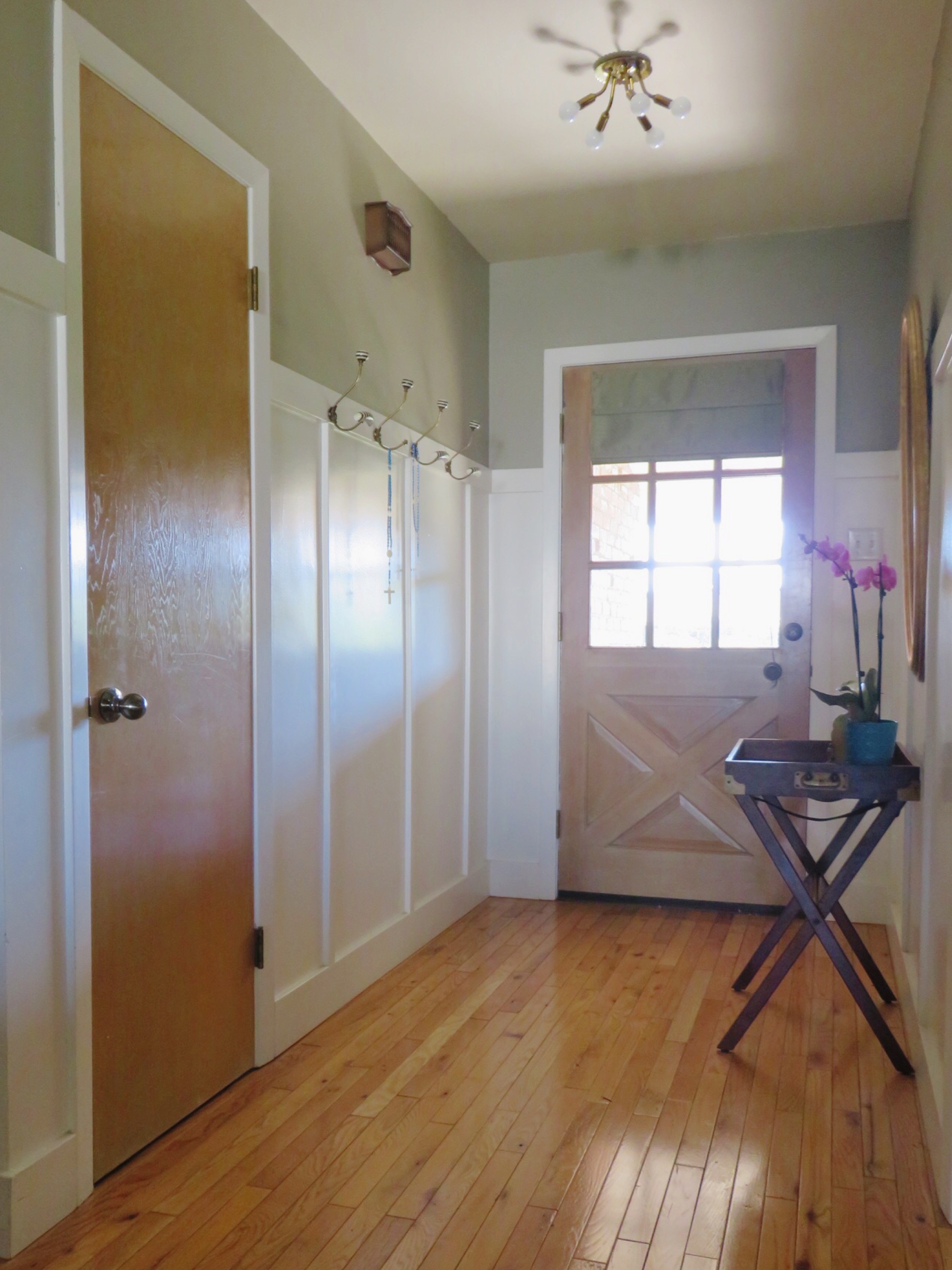 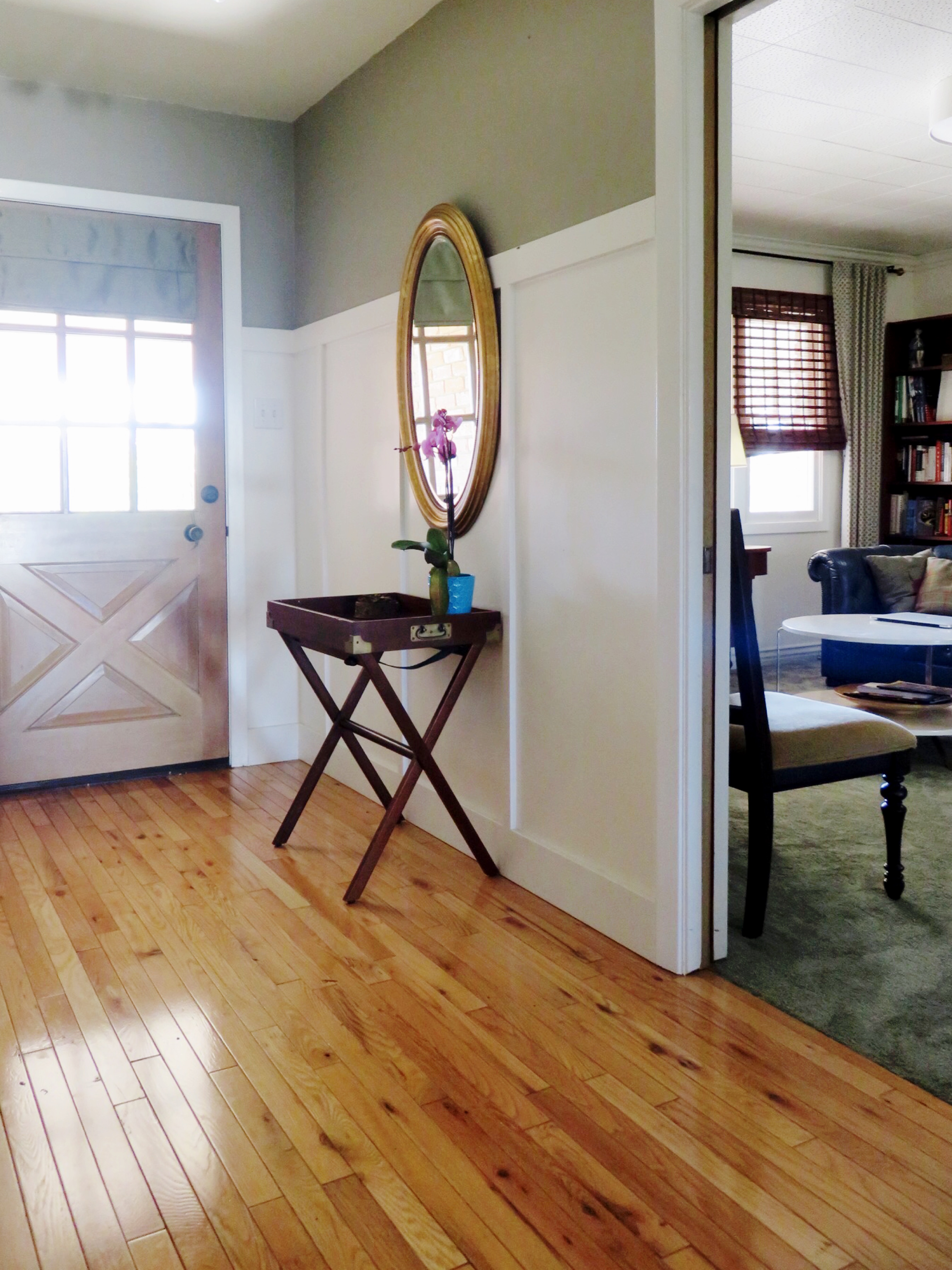 I replaced it with a small table we had in the family room, so it all worked out. 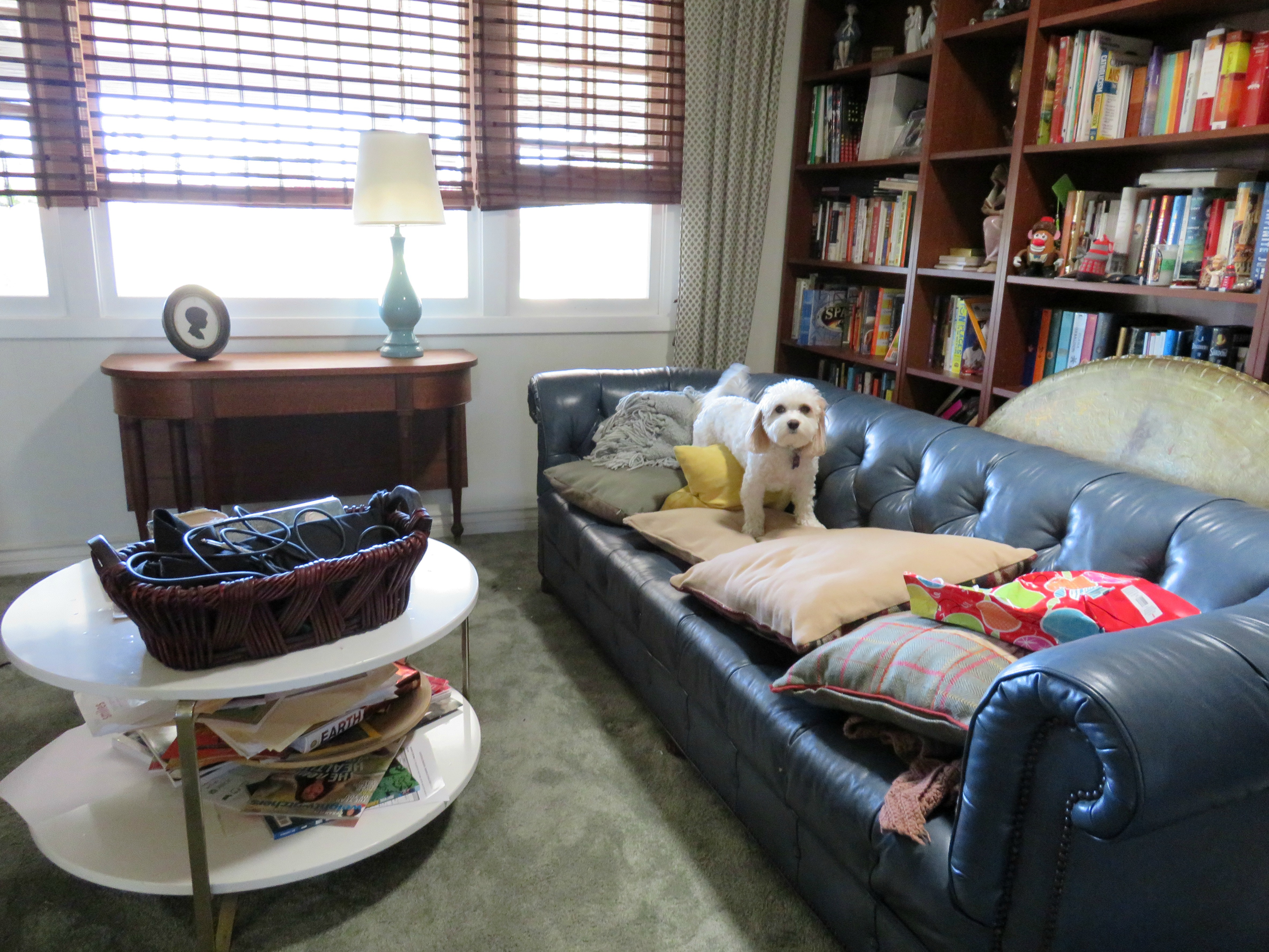 Here’s the family room with the entryway table already in place. We switched the family room and living room a few months ago, so the TV and sectional are now in the living room. The new configuration, which we had years and years ago during The Sharpie Heard Around the World Incident, works much better for us now that the boys are bigger and like to stretch out while watching TV. This is a roundabout way to explain why my Moroccan coffee table is on its side behind the chesterfield. We’re not sure what we’re going to do with it now that we swapped rooms. 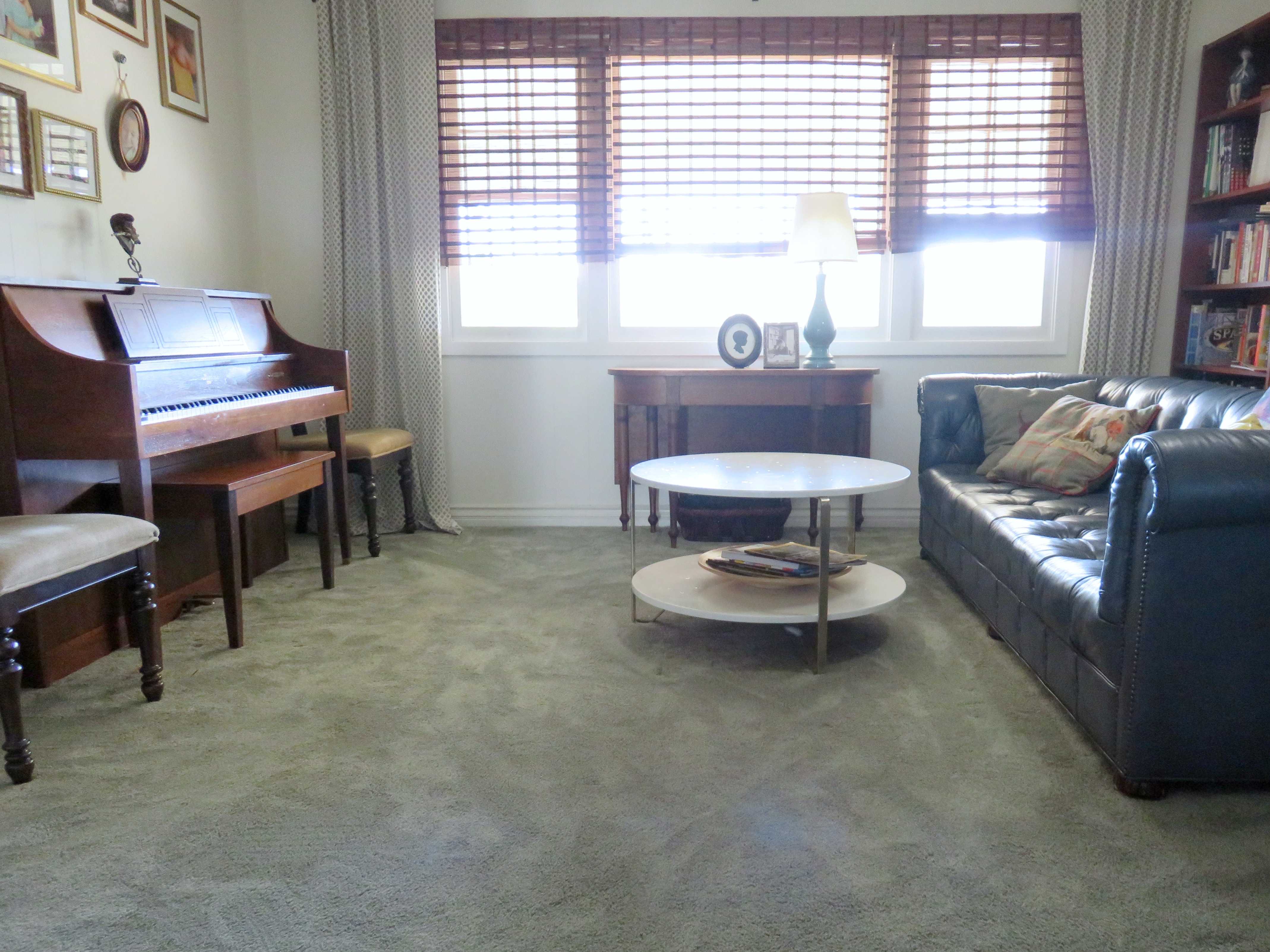 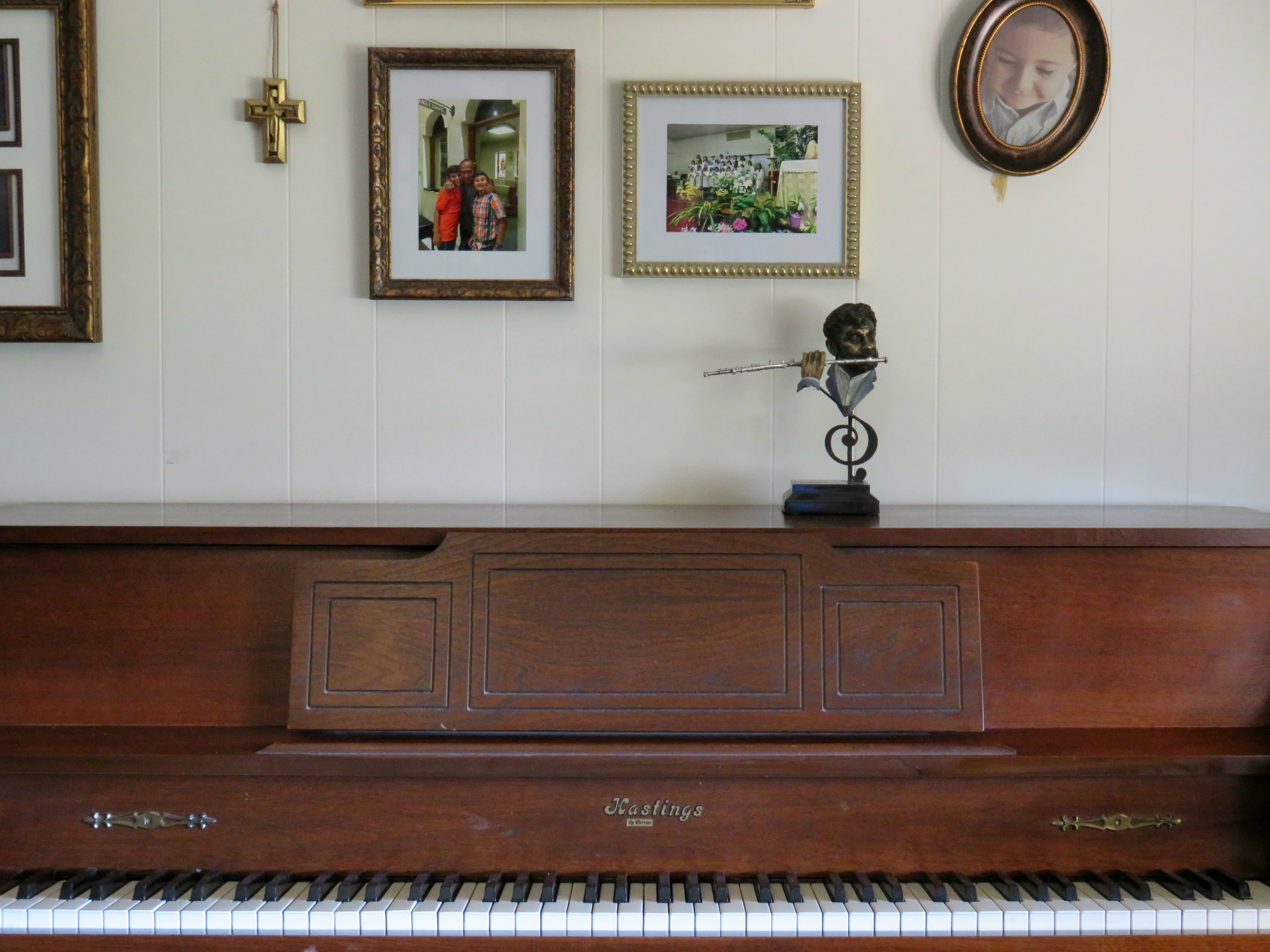 I even had time to print out a bunch of pictures to hang. Two of them made it on this wall above the piano. One is of the boys with their priest/choir director, and the other one is of the choir singing their first Easter mass, five, maybe six, years ago. The figurine of the flute player is a gift from our priest, since Mikey and Nico both play woodwinds.