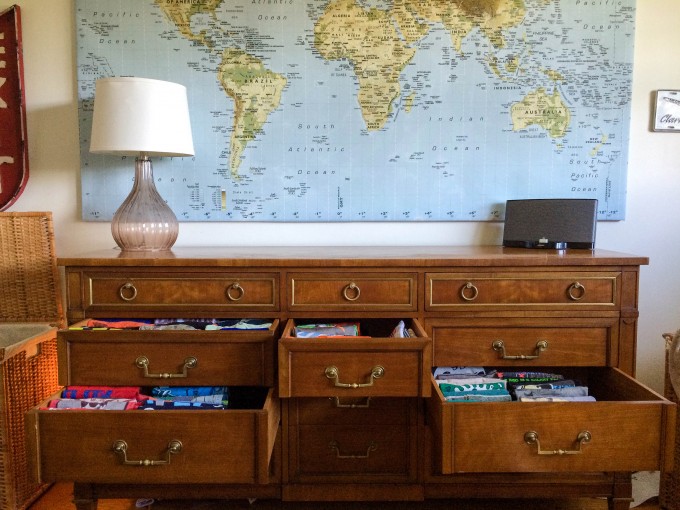 I can check the boys’ tops off the list! The process went smoothly, which is a benefit of my 3+ years of purging coupled withájudicious clothes shopping. I not sure how this would have gone had I taken on the KonMari method of tidying up pre-The William Morris Project. I know, that sounds discouraging and pessimistic to say to people eager to jump in and experienceáthe “life-changing magic” of tidying up. Think about it:áKondo wants us to get rid of everything that doesn’t “spark joy” and learn a new way (the “right” way) of folding and storing clothing. She’s asking a lot, especially when she admits this process took her years of trial and error to develop.

Most adults know how to walk, but a toddlerádoesn’t. A toddler’s ability to walk adeptly builds upon the initial stumbles and missteps. The learning process is priceless and ongoing. I’m proof of that. After three years of getting rid ofápossessions and clutter I still had to buy Kondo’s book twice because I lost the first one in a purse I forgot to empty, and onlyáfound the purse and book while moving furniture for another reason!

I can’t count the number of times I’ve purged my closet or rearranged my drawers, but I can say that each time I’ve done it the process is easier and faster. To claim this is the one true way and that no one relapses is bold. Possibly disingenuous. Definitelyástupid. 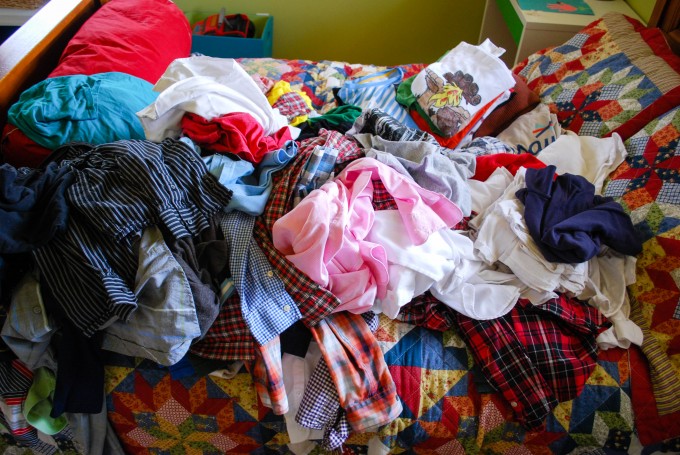 I put all the boys’ tops on the bed in the guest bedroom. If you follow me on Instagram, this picture looks familiar. I may be delusional, but I think that’s a reasonable amount of tops for two boys. Ok, reasonable may be a stretch. The pile is better described as your typical, middle-class excess.

Here is the same pile folded, post-purge. I got rid of very little. The broadcloth, collared shirts are hanging in the closet. No pictures of those today because the closet is a disaster. Now there is an area that I have cleaned, purged, and reorganized over and over again. I’m still looking for the magic configuration! 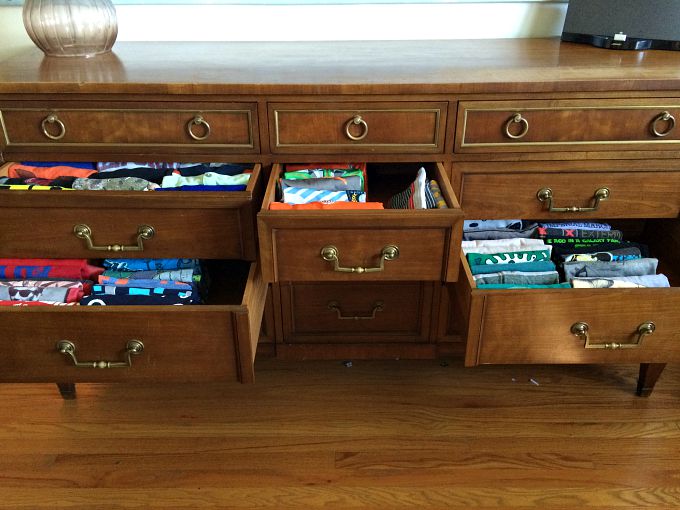 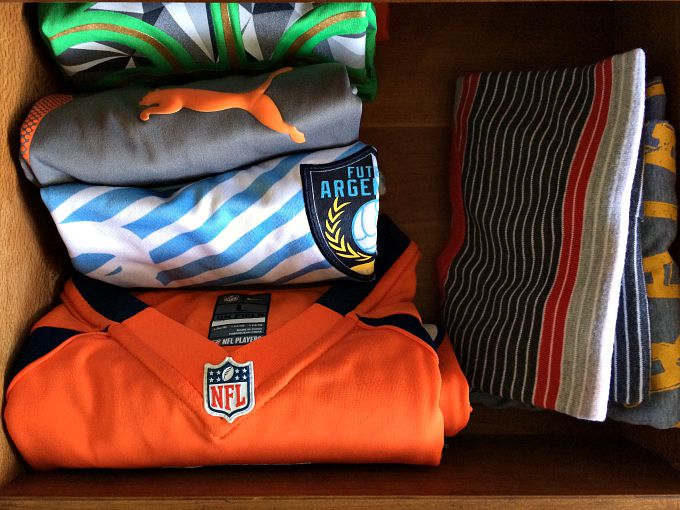 The boys’ jerseys and slippery workout shirts wouldn’t stand up on their own until they were practically rolled up like burritos. (You know you’ve folded your shirt correctly if it can stand up on its own, according to Kondo) 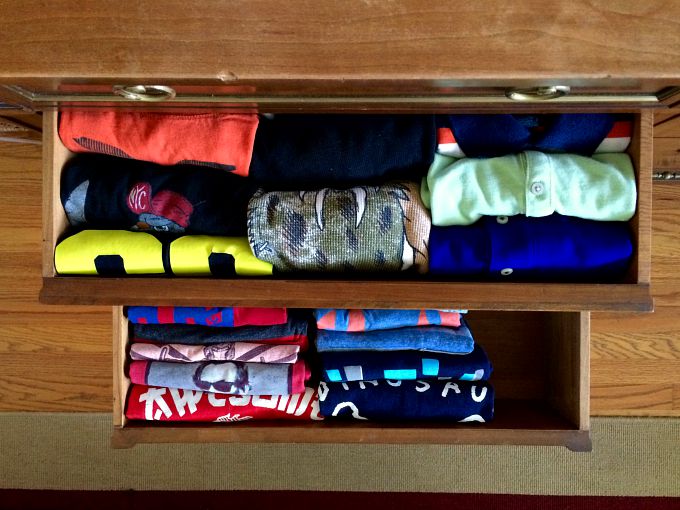 Which brings me to the subject of Kondo’s folding method. At first, I grumbled. It took me a while, but I quickly picked it up and was folding “properly” by the 5th t-shirt. I had to adapt the method with more foldsáso that the t-shirts fit in the shallower vintage dresser drawers.

There is no doubt about it: the drawers look great. Kondo’s folding method is space efficient, too. Before, their drawers were fit to busting. Now, there is plenty of room for more t-shirts (they’re not getting more t-shirts). You can see most of the t-shirts at a glance. You can’t see theát-shirts at the very back of the draweráunless you pull the drawer all the way out, so our t-shirts fill the first 3/4 of the drawer. We’re still left withámore space than we had before so it’s worth filing them rather than laying them flat.

How long the t-shirts stay looking pretty and organized remains to be seen. I give it four days.

I’m not fooled into thinking the boys are going to tip-toe through their t-shirts so they remain pristine. They’ll get messed up and the system may fail. I refuse to beat myself up over calamitous dresser drawers. Kids are kids, life happens.

Next up, my tops.

Day 129: I took all that mint and made a chocolate