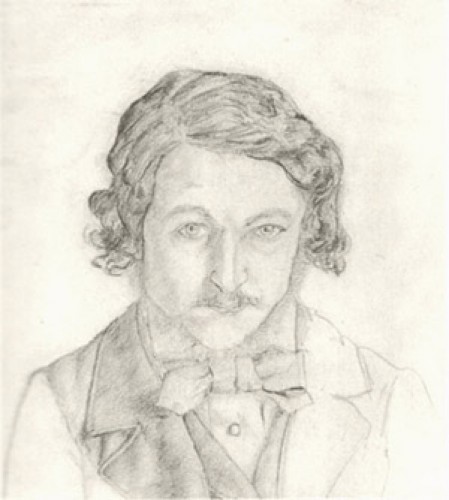 I’m sitting at my desk, alone in the family room, listening to the chorus of “A Spoonful of Sugar” on repeat. If I turn my head to the left I can see the Mary Poppins DVD menu on our TV screen. Mary and Bert and a handful of penguins are dancing what is meant to look like a waltz while they wait for me to press play. They are indefatigable with their constant swirling and waxy smiles. I’m not so easily influenced. I watched Mary Poppins once today with a sick Nicholas. I get up and turn off the TV. The silence is loud and welcome.

It’s time for me to write, but I don’t know what to say or how to say it.

I haven’t written much about my friend, Helena, since her parents died in June. There isn’t much to say other than they died; it sucks; she’s sad; we still can’t believe they’re gone. I could walk to her parents’ house, but I haven’t. During the months of July and August I was there almost daily feeding her father’s hummingbirds while Helena visited her mother’s family in Sweden for a memorial service. Later, she spread her parents’ ashes in Utah with her uncles from her father’s side.

Those days feeding the hummingbirds were both peaceful and unsettling in that double-edged way of an empty house. I would often stand at the sink and lose time watching 20 birds flit from feeder to feeder. I knew the skinny one would get pushed aside by the one with the ruby throat. The squat one didn’t like to feed with birds on either side. The rest dipped where they could, squabbling amongst themselves for a place in line. Eventually I turned and told the boys to gather their things when the hairs on my neck stood up for no reason.

Cartoon of William 'Topsy" Morris and Burne-Jones by Max Beerholm

Two weeks ago Helena trudged up the stairs of her childhood home carrying several designer handbags, a designer organizer, and a mink coat from the 80s. Her parents, especially her mother, had a flair for drama, for excess. Helena grew up to be the opposite in a classic reactionary measure. The irony that they are gone and she is left alone to handle a house bursting with, in her mind, unnecessary possessions hasn’t escaped her notice. Honestly, she’s rather pissed about the whole thing. Amused, disgusted, and exhausted, she later sent me a short email I haven’t stopped thinking about since.

Well my friend…I’ve spent the day looking at the petrie dish of my parents’ life, known as the boxes from Lake Arrowhead. The fact that everything has a musty smell just seems to add to the experience. I think everyone’s goal in life should be to not end up in a box for others to analyze.  But the good news is that a lot of progress is being made on the stuff front. Now if I could just sell some cars I would feel better. I still don’t sleep that well but I’m learning what I feel like when I’m getting overdone[…]. So I’m figuring out this new life of mine. I’m excited to have you and Becky over next Saturday evening…we should have fun. :)

You’ve heard time and again that you can’t take it with you, that in the end the stuff doesn’t matter. You know that, logically, because it’s an obvious truth. But until you pull every last thing from the recesses of an empty home and lay it out to catalog, you really have no idea.

Old tubes of mascaras. Eyeshadows. Almost empty bottles of aspirin. Expired lotions. Moth eaten sweaters. Uncomfortable sofas. Bills, paid and unpaid. Unread books. Shirts that don’t fit, are no longer in style, or you never really liked. Someone will one day run their hands over your possessions and make an assumption you won’t be there to refute.

I find it disconcerting that someone will find an empty Impressionist address book on my desk and wonder when I became a fan of Cézanne when, in truth, it was a gift from a friend I will never use. If they open my hall closet by the front door, what will they think of my piles of art and ill-fitting coats? Surely those who love me will realize I only wear the red one, even though it’s three sizes too big. And what does it say that I never took the time to alter a coat so that it fits my form in a flattering way, that I let the cuffs drag my knuckles and the waist swing wildly when I walk?

They will open my makeup drawer, pause, and then say, “I don’t remember her ever wearing green eyeshadow.” 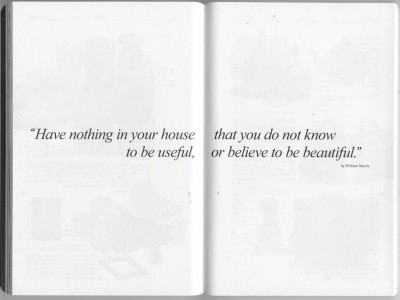 The most alarming thing about Helena’s parents is that they weren’t hoarders. They were positively average. The horror in visiting is knowing I am walking into a house of mirrors. Each duplicate kitchen utensil is my own. Each ill thought furniture purchase belongs to me. The library of unread books are inscribed with my name.

Perhaps this is why I acted like a self righteous twit during the Missoni for Target melee of last week. I wanted to tie people up with their Pakistani produced chevrons and drag them over to the house with the hummingbirds so they could witness what happens when you buy to fill a hole instead of feed a passion. I’m guilty of wanting the ridiculous, too, which made me all the more upset. Glass houses are woefully inconvenient.

Helena found dozens of cards from over the years where she offered to help her parents purge and organize. They were appreciated and acknowledged, but the offers never accepted. Now she is alone in that house and getting rid of everything they couldn’t take with them. “I finally get to help them purge, but it’s because they’re both dead. This isn’t the way I wanted it to happen.”

It isn’t the way I want it to happen, either. I suppose I can start by donating to Goodwill that address book.

Update: I ended doing something about all my stuff.

Update, II: I did something again.