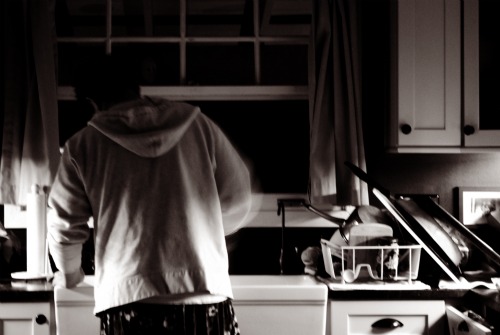 Mr. and Mrs. Wentworth were the Pierre and Marie Curie of their time. He revolutionized modern psychology when he proved, irrefutably, the Trifecta of Affection, which states that a male’s primary needs are limited to (i) sleep, (ii) sex, and (iii) sandwiches, the order of which depending on the day’s events. Mrs. Wentworth, a whiz with numbers, would later prove that a male’s odds for getting all three increased exponentially when he did the dishes.