When we moved into this house four years ago, we knew we would have to remodel the kitchen.  The turquoise tile was original, as was the buttercup yellow stove.  The oven was a 1970s brown beast, and the cabinets were 1980s refaced country wonders.  I’m not opposed to keeping original fixtures, but the kitchen had become a hodge podge of decades and I wasn’t about to add to it.  Plus, I was practicing as an attorney; we had the money to put into a new kitchen.  That is, until I decided to become a stay at home mom in the middle of the remodel, a decision I’ve talked about before.  We made compromises and downgraded the appliances, the floor, and put off the back splash.  That was four years ago.

Since the Mister was laid off last January (and his new job isn’t anywhere near his previous salary) we still don’t have the money for a proper back plash, but after four years I’ve grown tired of staring at a bare wall and decided that I would have to do something, preferably with items I already possess.  I didn’t have a pallet of subway tiles in my garage, but I did have boxes of pictures from our grandparents dating to around the 1940s.  I’ve been holding on to them, not sure how I would use them, when it occurred to me one day that I was looking at my back splash.

A quart of Ralph Lauren paint in Polo Green (my new favorite color), some IKEA frames, and an afternoon spent looking at pictures of a grandmother I’ve only seen a handful of times because we live (sadly) in two different continents gave me a new-to-me back splash that I love.

The kitchen the month we moved in: 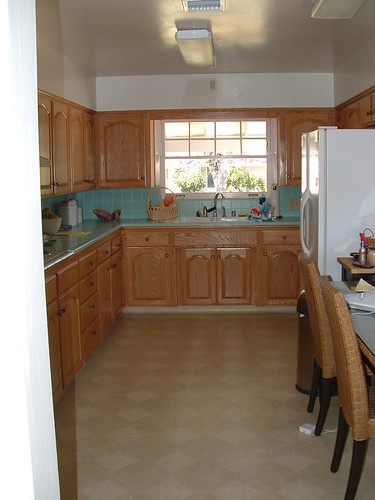 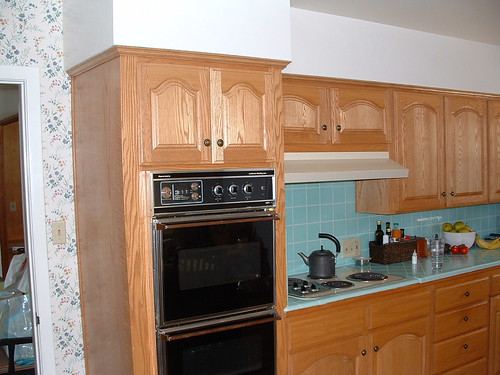 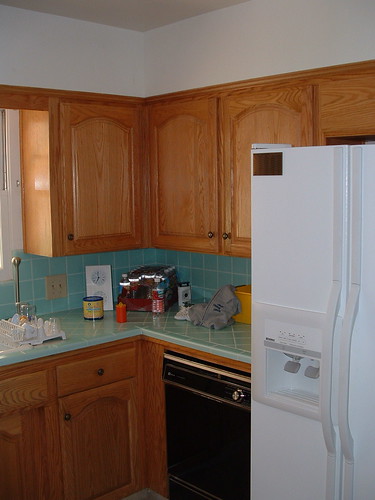 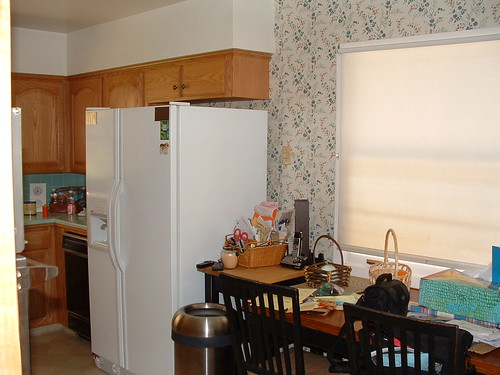 The kitchen this morning: 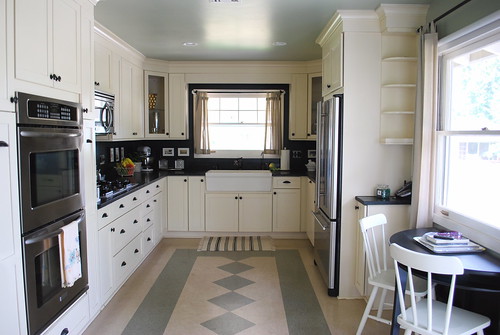 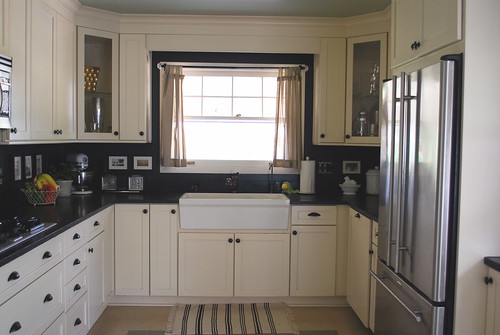 I hung five pictures dating back to the 1930s of my family on the left. 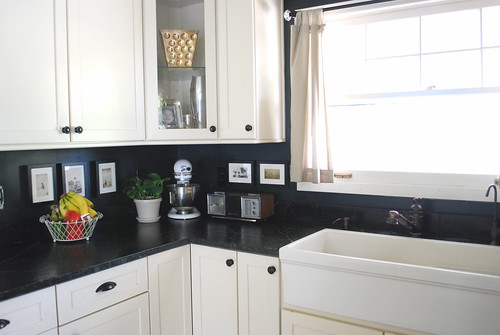 And five picture of The Mister’s family dating back to the 1940s on the right. 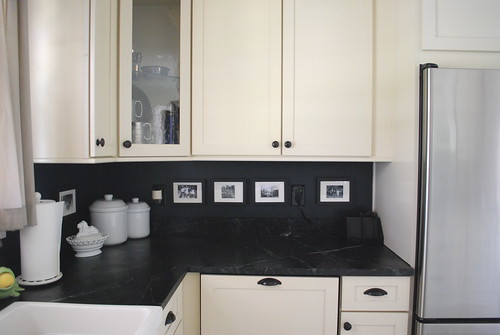 The paint is a gorgeous, inky color that changes with the light. It’s black, it’s green, it’s blue. Here is a great example of the difference between morning and late afternoon light. 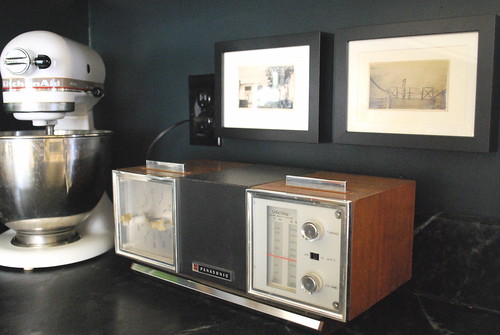 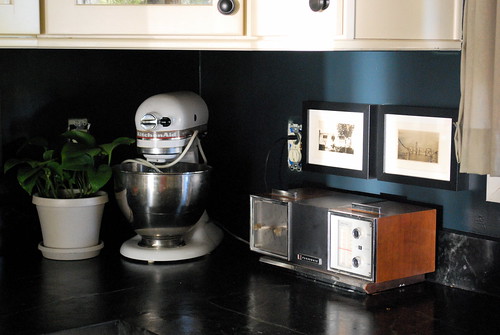 The only thing left is to hang some vintage post cards of Buenos Aires I found on ebay, order and install a two 3 gang-way switch plates in black, new window treatments, and find something to place over the stove. Any suggestions for the stove or window treatments? You know how I love me some links. 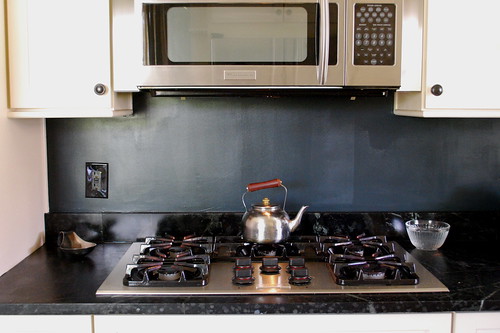